Meth contamination is a largely unregulated aspect of buying a home. Experts say it's costly and concerning 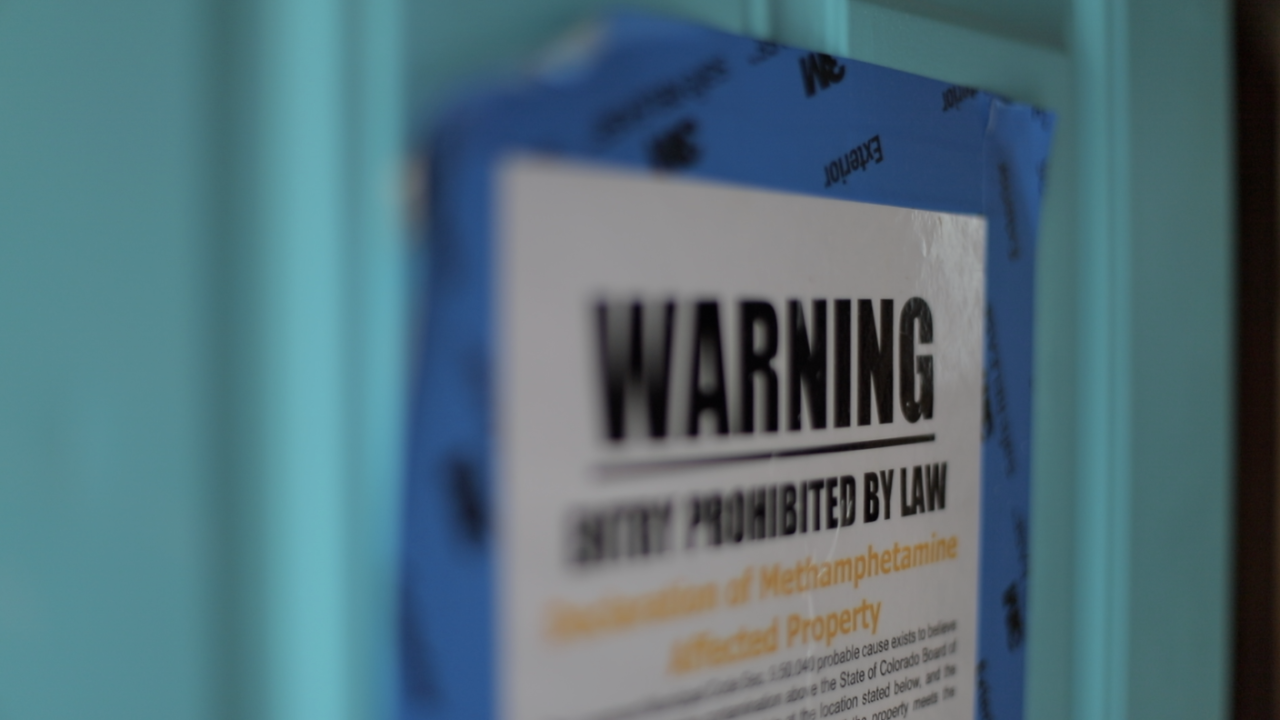 LONGMONT, Colo. — There are a lot of things buyers should look at before purchasing home. Methamphetamine contamination might be the farthest thing from your mind.

“This house is five times above the state limit for acceptable levels of methamphetamine in a house,” Judith Sawitsky said while standing in the entrance of a gutted single-family home in Longmont, Colorado.

“Sometimes I’m astonished at the number of positives I’ll get just in a weeks time,” she said.

If the home tests positive above the state’s limit, they have to be cleaned. Testing can cost upward of a few hundred dollars depending on the space. If the home can’t be cleaned, that’s where gutting or demolition comes in.

The entire top floor of the home in Longmont was gutted. The seller originally had it listed for $350,000. After the meth test results came back, the property sold for $160,000. The bathroom had meth contamination levels over 15 times the state’s set limit.

Depending on the state you live in, sellers don’t have to disclose if the house had meth contamination prior to being cleaned, and each state has a different level for what’s considered acceptable.

There are also no laws that say meth has to be tested for to begin with, unless the property shows certain signs.

“A lot of times the best barometer is talking to the neighbors,” Sawitsky said. “Sometimes we find precursors to the production of methamphetamine”

Meth leaves no trace until it causes health problems.

Minick attempts to keep track of how many of his homes test positive. Right now, he said, not a lot of people are keeping track.

“There’s reasonable evidence that 10 percent of the houses in the state are contaminated at some level,” Colorado-based Minick said. “One percent or less are really being tested.”

“It’s not just the lower income homes that we’re finding it in,” Sawitsky said.

Norris showed a home that looked perfectly clean on the inside. But at one point, that home tested 850 times the state limit. And if the contamination isn’t cleaned, the problem can stick around.

“It sticks,” Minick said. “To think that there are thousands of people each year that are moving into houses that are contaminated at that level is disturbing to me.”

You can find the regulations and rules by state on methamphetamine contamination here .