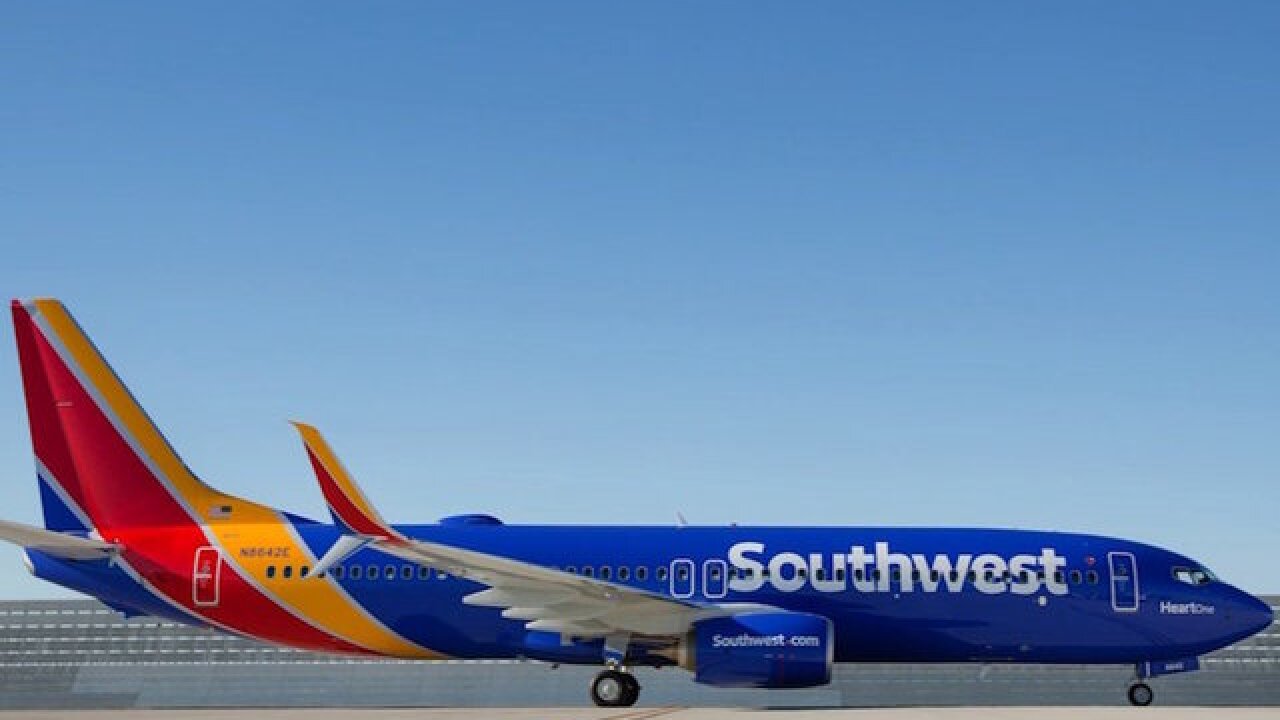 Image copyright 2018 Getty Images. All rights reserved. This material may not be published, broadcast, rewritten, or redistributed.
CNN
<p>A Florida man accused of groping a passenger on Southwest Airlines told an FBI agent after his arrest that the "President of the United States says it's OK to grab women by their private parts," according to a criminal complaint.</p>

A Florida man accused of groping a passenger on Southwest Airlines told an FBI agent after his arrest that the "President of the United States says it's OK to grab women by their private parts," according to a criminal complaint.

Bruce Michael Alexander, 49, a Tampa resident, was in federal custody after being charged federally on Sunday with abusive sexual contact on a female passenger during a flight from Houston to Albuquerque, New Mexico, the complaint said.

It's unclear if Alexander has an attorney.

The charge carries a maximum penalty of two years in prison and a $250,000 fine.

The woman was identified in court documents as "C.W." She told investigators she fell asleep after boarding Flight 5421 and 15 to 20 minutes into the flight, she "felt a movement on the right side of her sweater," the complaint said.

She said she "felt her clothes move and a touching of fingers on her right side at and around her 'bra line.'" The complaint said she saw a hand from the seat behind her and assumed she was touched by accident.

But 30 minutes later, the complaint said, the woman "felt fingers slowly grab the back of her arm, squeezing above the elbow, then slowly and 'attentively' grope her right side, again at and around her ribs and 'bra line.'" She said she saw a hand with thick, hairy fingers and dirty fingernails.

The woman said she confronted the man seated behind her and told him "she didn't know why he thought it was OK" to touch her and that he needed to stop, the complaint said. She was relocated to the rear of the plane.

Alexander told investigators that he slept for most of the flight. After he was handcuffed, he asked what sentence he faced on the charge against him, according to the complaint.

He later told investigators that "the President of the United States says it's OK to grab women by their private parts," referring to a 2005 recording in which Trump said that, as a star, "you can do anything," including grabbing a woman's genitals.