Inside NASA’s Lunar Lab, where the Moon’s rocks are studied

Inside NASA’s Lunar Lab, where the Moon’s rocks are studied 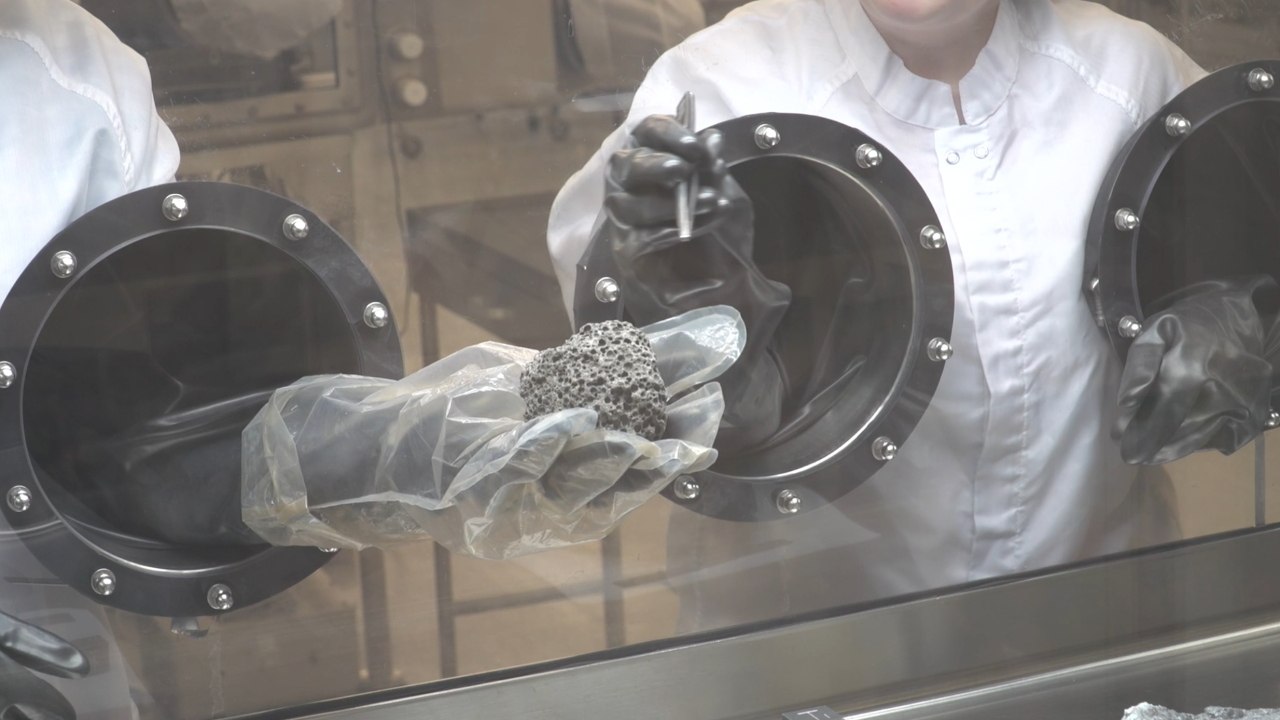 Space is an incredible subject to study, and it wouldn’t be possible without the collection of Moon rocks and dust, as well as information about the Universe scientists have gathered.

In building 31 north at the Johnson Space Center, NASA’s Lunar Lab houses some of the most famous rocks from all the Apollo missions. They have over 100,000 rocks from space.

Charis Krysher, a Lunar Curation Processor for NASA, says moon rocks and space dust are the most important thing brought back to Earth.
“One of the first things that we learned from the Apollo collection was how old the moon the Earth was,” Krysher says.

Rocks on Earth aren’t pristine like they are on the Moon. Moon rocks don’t age, because there is no atmosphere in space to break down the rocks. The rocks found on the moon can potentially be billions of years old.

“More recently we've actually learned in the past, less than a decade, that the Moon's rocks actually contain way more water than was originally realized,” the processor explains.

Just like famous diamonds and jewels, there are well known space rocks, too. Like the one found by Apollo 15.

“They named it the Genesis Rock, because it’s a part of the primordial crust of the moon,” she says.

When studying these samples, scientists take all the precautions, from wearing bunny suits, temperature-controlled rooms and even triple bagging each rock for storing.

"We try really hard to preserve the rocks so that the science that we learn from the rocks can be trusted," Krysher says.

It’s not every day we go to the Moon, so these scientists take time to study the rocks and do it sparingly. They are still breaking rocks over 40 years old. However, come five years from now, they’ll get another chance for more rocks when U.S. astronauts head to the moon in 2024.