Families are being crushed under the weight of caregiving — and it'll only get worse, experts say 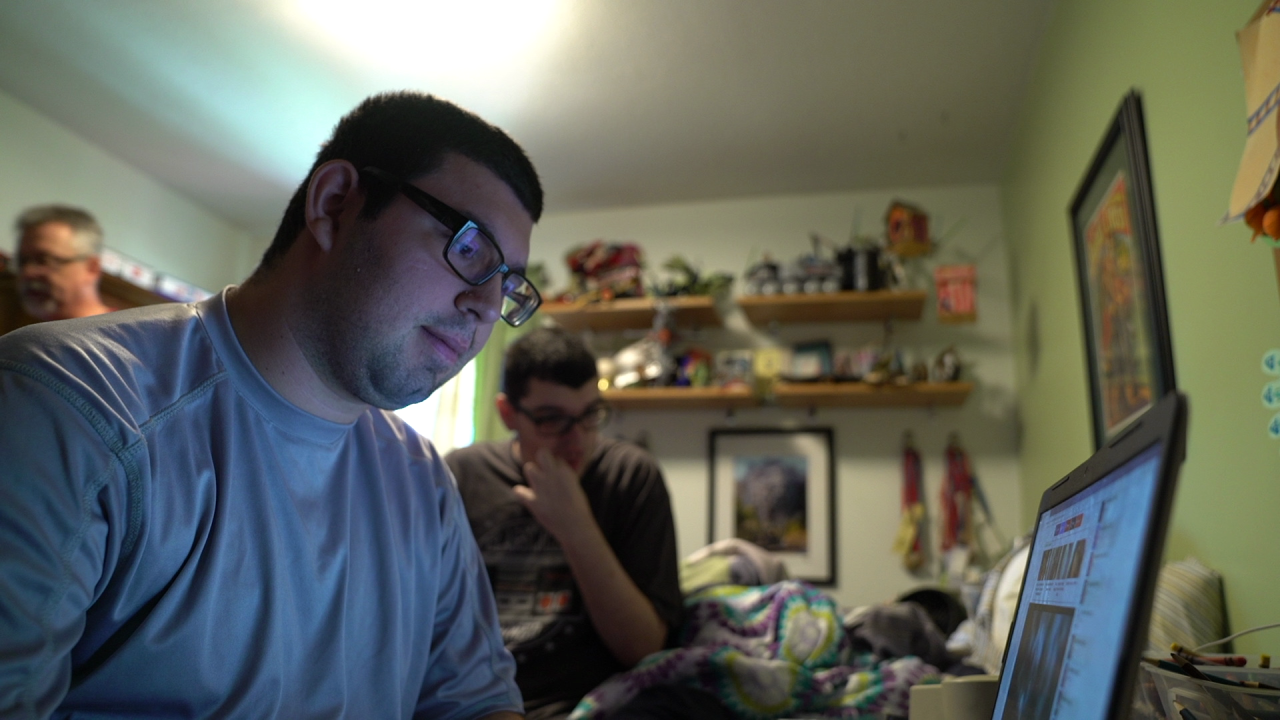 States struggle to keep up with caregiving crisis. BARTLETT, Ill. — For parents who are caregivers of adults with disabilities the question about who will care for them after they’re gone is haunting. And even for those who understand the system and plan ahead, the course is challenging.

It’s something Liz Mescher knows all too well.

“It should not be this hard,” she says as she puts on display the stacks of forms, denials and appeals she has organized in piles and folders in her kitchen.

Mescher says trying to get the benefits her sons need is a never-ending battle.

“I mean that's all I do, my counter gets filled with paperwork,” Mescher says.

Caring for her two sons is more than a full-time job.

“We're on top of them all day long. So, they're really not out of our eyesight,” she explains.

Both her sons Eric and Ryan, are in their 20s and have autism.

“The younger one has a lot of anxiety and the older one just can't tolerate being touched,” Mescher says.

And as they’ve grown older, caring for the men under the same roof has become increasingly difficult.

“So the goal is to get placement for Eric to go into housing so he can be happy, and we could probably get a little break,” the mother says.

But the wait lists for services like group home placement are long.

In Illinois, where the Meschers live, the wait list is more than 19,000.

Meg Cooch, the executive director of Arc Illinois, says the state is not unique. Cooch’s advocacy organization focuses on people with intellectual and developmental disabilities and their families.

“There are lawsuits around the country looking at waiting lists and looking at people getting access to community services because it's such a problem,” Cooch says.

Resources, funding and housing options for adults with intellectual and developmental disabilities are dwindling.

Professional caregivers are becoming less willing to do the job for what states are willing to pay.

“It's not a minimum wage job,” Cooch explains. “And as a result, we are competing with fast food and with Amazon paying $15 an hour to be able to find people to be able to provide these supports.”

With one in four cared for by family members who themselves are aging, experts say we are in the midst of a full-blown caregiving crisis.

Approximately 39.8 million caregivers provide care to adults with a disability or illness. What’s startling is that more than half of these families say they have no plan in place for when the caregiver passes away.

Over the last eight months Mescher has applied to 16 group homes. She hasn’t heard back from any of them.

For parents like Mescher it’s that uncertainty of what will happen to her children when she’s gone that’s most unsettling.