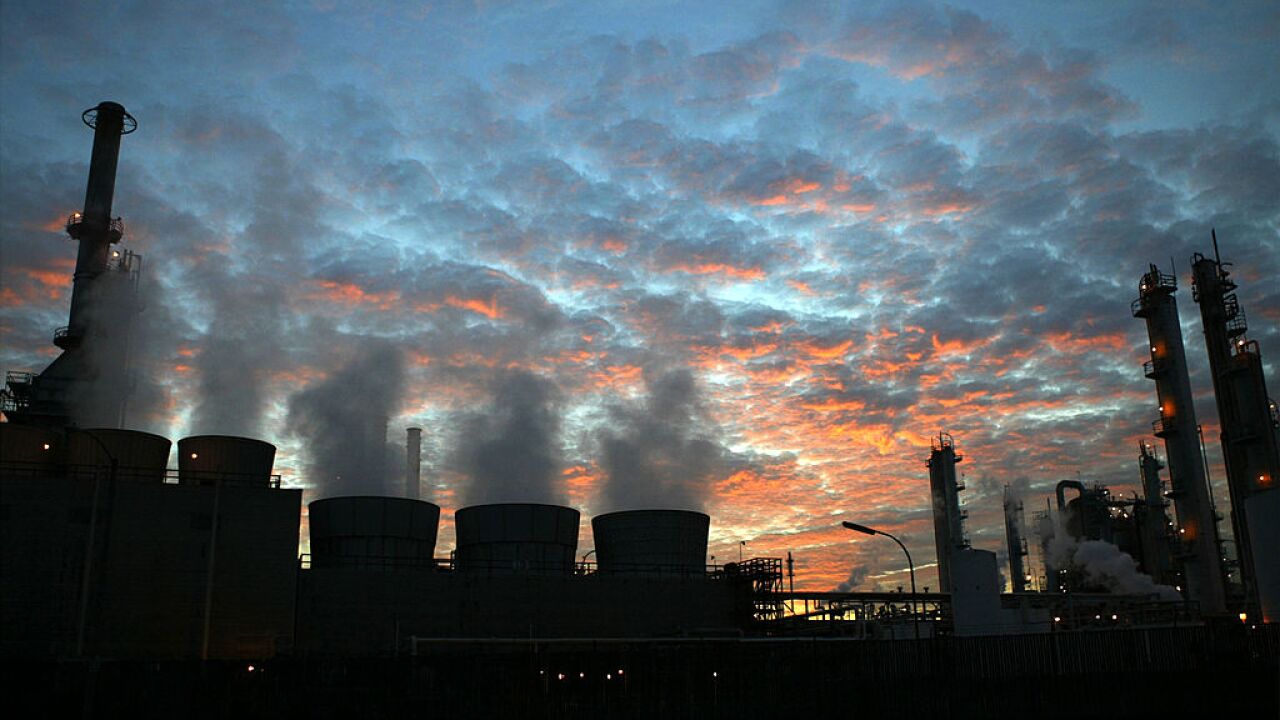 The Environmental Protection Agency is proposing a new rule that would ease the regulation of methane emissions at a time when greenhouse gas emissions are at their highest -- the latest rollback of an environmental protection introduced under former President Barack Obama.

The Wall Street Journal reports that the EPA's proposed rule, expected this week, would no longer require the oil and gas industry to install technologies that monitor and limit leaks from new wells, tanks and pipelines. Methane is a major contributor to climate change.

Anne Idsal, the acting assistant administrator for the EPA's Office of Air and Radiation, told the newspaper that the purpose "is to get to the fundamental basis of whether (methane) should have been regulated in the first place."

"It's not about whether we're doing the maximum we can or should do to deal with "climate change,'" she told the Journal, adding that she doesn't believe there's "going to be some big climate concern here" over the proposed rule.

CNN has reached out to the EPA for comment.

The Journal noted that companies have been divided over how methane should be regulated. Big oil companies, like Shell and Exxon Mobil, have warned that a lack of government regulations to curb emissions could undercut the argument that natural gas is a cleaner fuel, while the American Petroleum Institute has encouraged the administration to stop the direct regulation of methane emissions, the Journal reported.

"Nothing stops (companies) from taking whatever voluntary measures they think is appropriate to deal with those concerns," Idsal told the Journal. "Our job at the EPA is to regulate in a legally and scientifically responsible manner."

The EPA will keep regulations on new production sites to curb emissions of "volatile organic compounds," expecting that the limits on them would also help reduce methane emissions, according to the Journal.

Dominant greenhouse gases released into the Earth's atmosphere -- carbon dioxide, methane, and nitrous oxide -- have reached record levels in 2018, and their global warming power is now 43% stronger than in 1990, according to a new report by the American Meteorological Society released Monday.

In the first two decades after its release, methane is 84 times more potent than carbon dioxide, according to the Environmental Defense Fund . Methane is at first much more dangerous than carbon dioxide when it comes to the climate because of how effectively it absorbs heat.

Once the EPA's new proposal is published in the Federal Register, there is a 60-day window for public comment.

The Trump administration intends to have the methane emissions rule finalized by 2020, according to the Journal.

President Donald Trump, who previously called climate change a hoax, withdrew the US in 2017 from the Paris climate accord, which aims at reducing greenhouse gas emissions. Earlier this week, the President skipped a climate change session at the G7 meeting in France, citing a scheduling conflict.