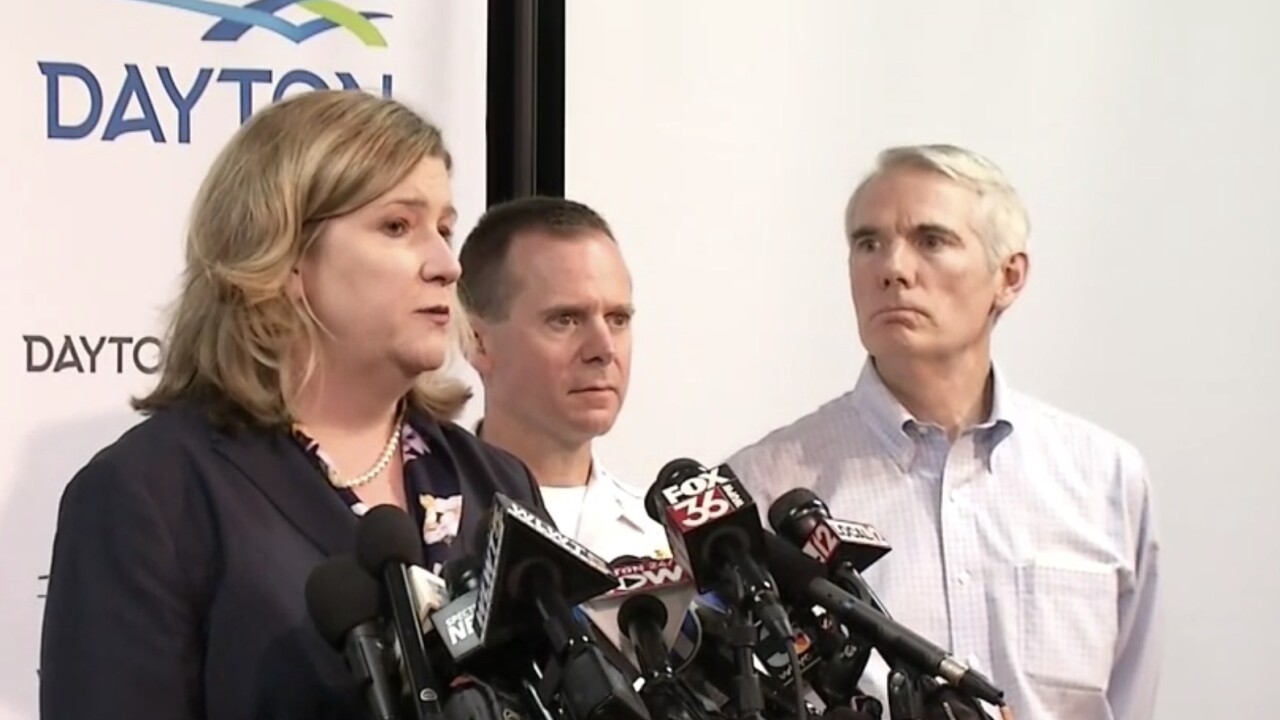 Various state and local government officials said the citizens of Dayton, Ohio are "resilient" in their response to Sunday morning's mass shooting before they discussed what they think should be done in response to the shooting.

"The word I use for Dayton is, it has 'grit,'" Dayton's Mayor Nan Whaley said. "I think that that is what makes us so strong and continues to make us resilient. And so I'm proud and I think that describes Dayton and its people in a way that I'm very, very proud of."

The officials also praised the first responders and their response to the shooting.

"This courage was extraordinary and saved lives," Portman said. "We saw it last night, with these brave police officers who, in the face of danger, ran straight into it."

Plumber said he was "very proud of our first responders."

The officials also said there needs to be some kind of larger response concerning this level of violence, but there was some disagreement on what should be done.

Brown said weapons like the one used Sunday morning are not meant for hunting, and we should ask, "Why do we put our police in that situation?" He also called those weapons "weapons of war."

However, Portman said this was not about weapons but about culture, citing mental health issues and the opioid crisis.

"There's something deeper going on here," Portman said. "No law can correct some of the more fundamental, cultural problems, we face today as a country."

There was a call for bipartisanship in response to the shooting though.

Plumber made a point to say he and his colleagues don't work for "special interest groups" but for the people. He then reiterated the strength of the community this past year.

This story was originally published on WCPO .