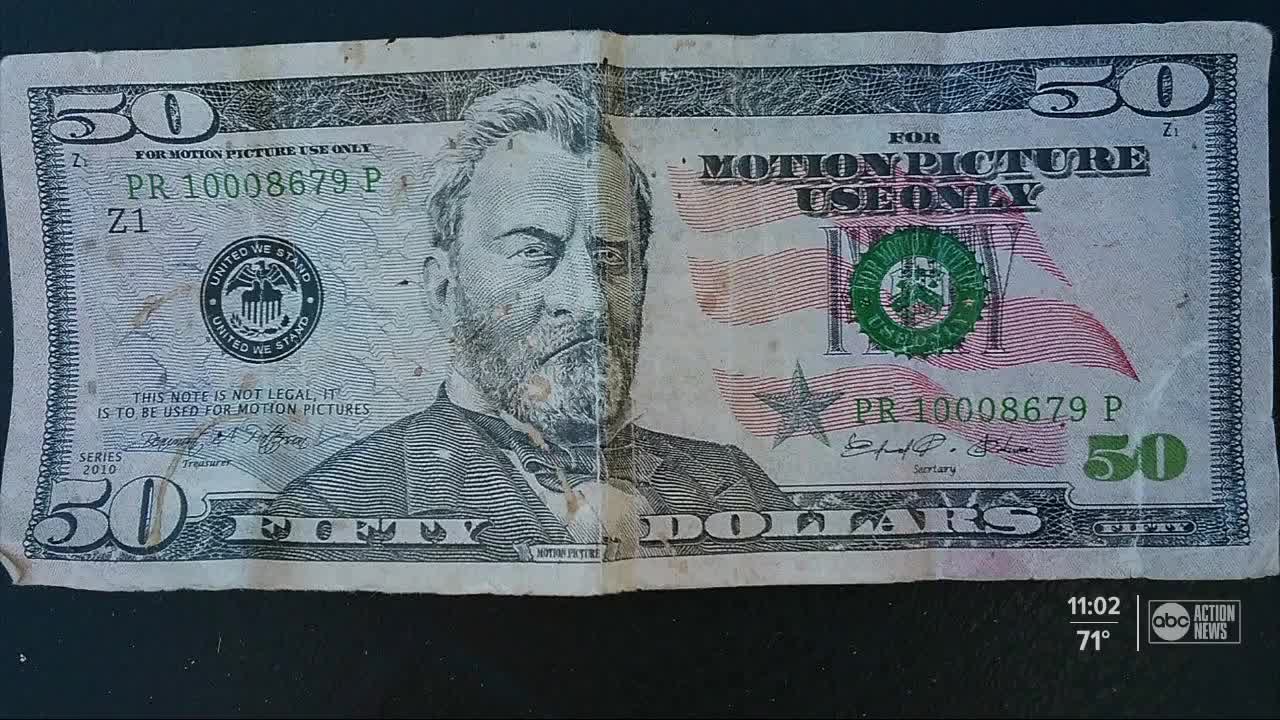 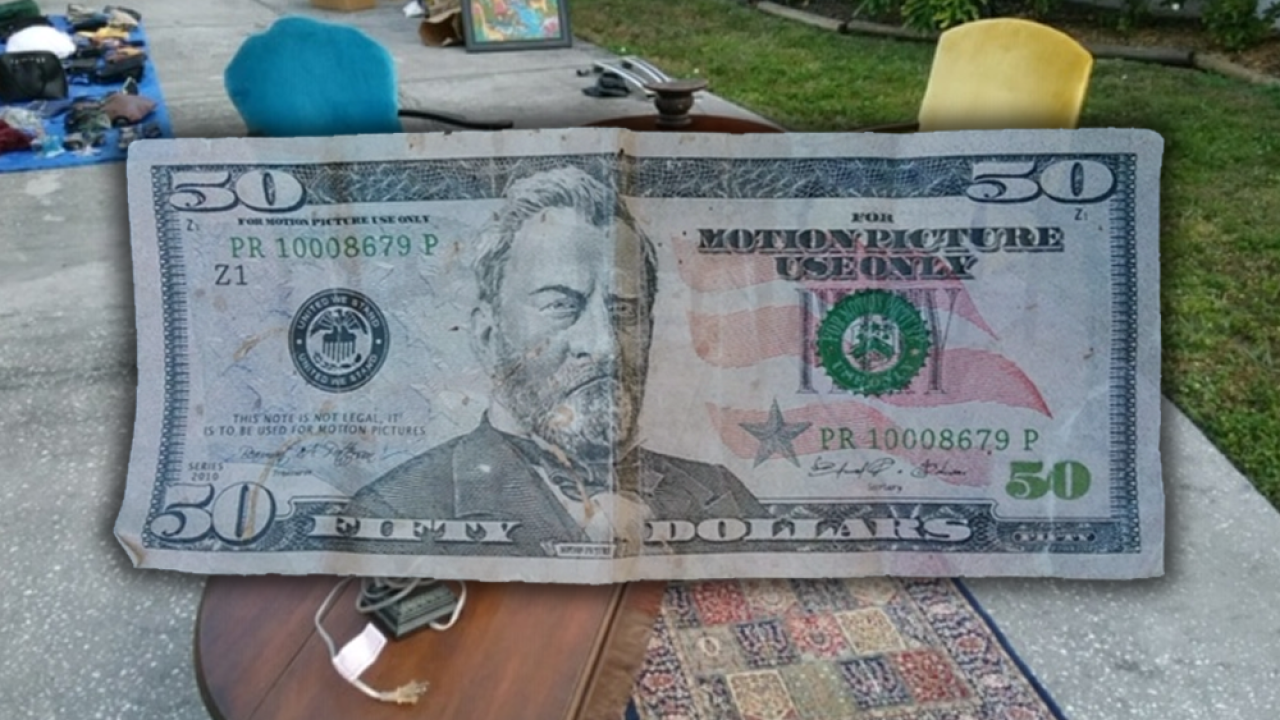 Katherine, who asked us not to share her full name, was hosting a fundraiser Saturday for her teenage niece, who is in need of a new kidney.

"I love her and we did this as an effort to raise money for her so she can get the transplant and it would be less money out of her family’s pocket," said Katherine.

Katherine says one man came by the yard sale and talked her down in price for a pair of designer purses and an original painting from Haiti, where she was previously deployed in the military.

Turns out, a $50 bill was bogus, handed to her in a peculiar way as to not reveal that it was counterfeit.

Katherine said upon further inspection, the counterfeit bill stated "motion picture use only" on the back and had a different texture.

There are several ways to spot counterfeit cash. One sign is real cash shows a watermark on both sides when held to the light.

Katherine filed a police report with the Tampa Police Department and hopes no one else is ripped off.

"I don’t know if it was a one-time deal with him or if this is his business and this is what he does but I hope there’s a greater increased awareness of counterfeit money," said Katherine.

If you think you’ve found a fake bill, you can report it to either one of these sites:

You can also educate yourself on how to spot counterfeit money by clicking here.