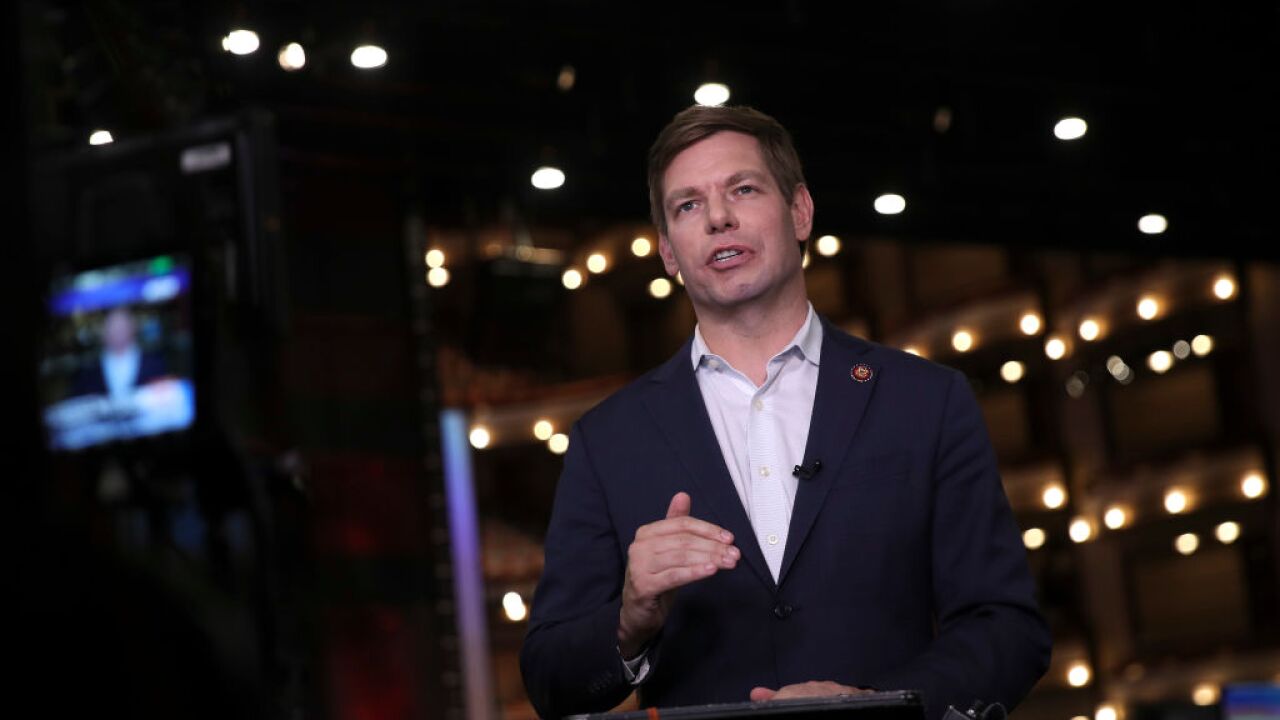 California Rep. Eric Swalwell is expected to announce Monday that he's dropping out of the 2020 race for president, according to a source familiar with his plans.

Swalwell is expected to make the announcement at a 4 p.m. ET news conference at his campaign headquarters in California, concluding a short-lived bid for the Democratic nomination that failed to gain any traction.

Swalwell announced his long shot presidential bid in April, pledging to mount a campaign that focused on the need for generational change in the Democratic Party and his commitment to confronting gun violence in the United States.

Swalwell, though, failed to gain traction in a crowded Democratic field and only qualified for the first set of Democratic debates because of the Democratic National Committee's 1% poll standard, not because of grassroots support.

Swalwell recently canceled a two-day trip to New Hampshire on July 3 and 4, in the first signal that his campaign might be coming to an end.

The high point of his campaign was likely his direct and blunt challenge to former Vice President Joe Biden, the race's frontrunner, during the late June debates, where the California Democrat noted that he was six years old when "a presidential candidate came to the California Democratic convention and said it's time to pass the torch to a new generation of Americans."

"That candidate was then-Sen. Joe Biden," Swalwell added as the crowd gasped. "He was right when he said that 32 years ago. He is still right today."

Biden shot back: "I'm holding onto that torch. I want to make it clear."

But that was not enough to sustain Swalwell's campaign, which struggled to gain attention in the Democratic field despite the candidate's availability to media.

Swalwell, throughout his campaign, urged Democrats to "go big and be bold." He proposed a gun buyback program to get certain weapons off America streets and said he would fund a study on gun violence.

Standing outside the National Rifle Association headquarters in Virginia in June, Swalwell said, "We're not just here to stand up to the NRA ... we're here to beat the NRA."

But Swalwell's campaign, at times, was often defined by awkward moments, like when he looked to deliver a clever line at the June Iowa Democratic Party's Hall of Fame celebration.

"I will be bold without the bull," the congressman said to a quiet audience.