Bayer to pay up to $10.9 billion to settle Monsanto case 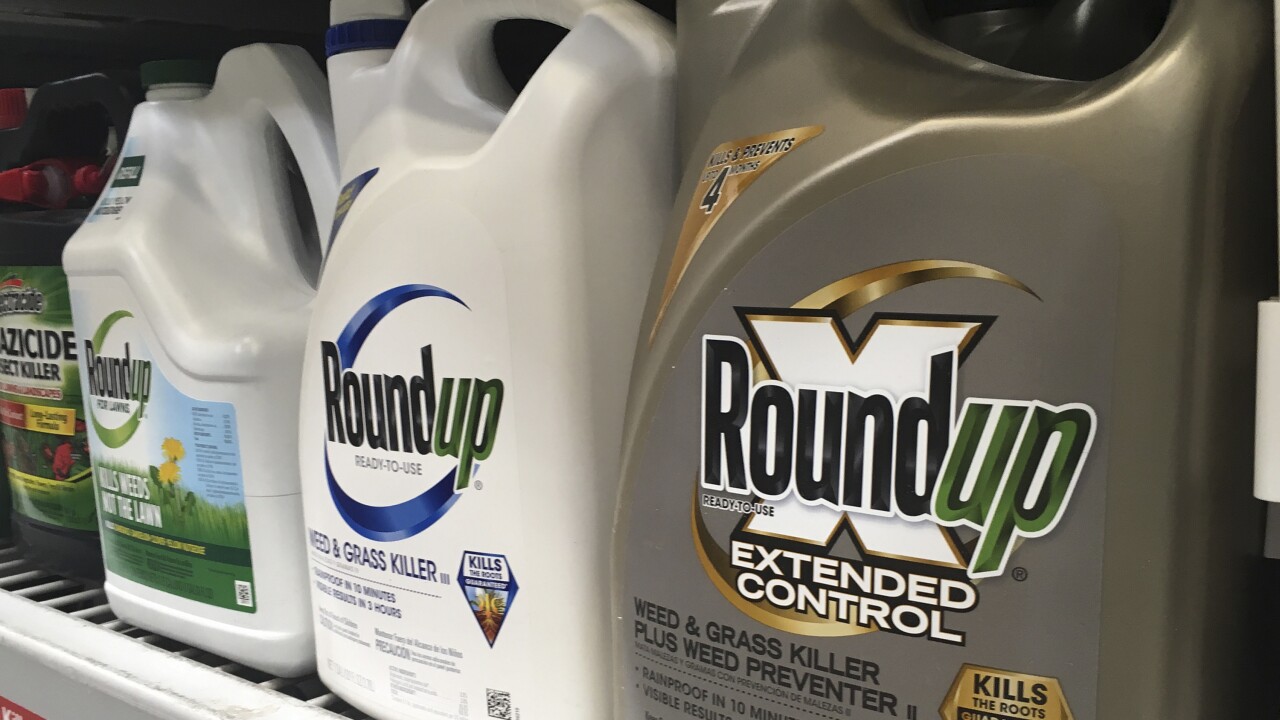 Copyright 2019 The Associated Press. All rights reserved.
Haven Daley/AP
FILE - In this Feb. 24, 2019, file photo, containers of Roundup are displayed on a store shelf in San Francisco. A federal judge said at a hearing Tuesday, July 2, 2019, that he will reconsider a jury's $80 million damage award to a Sonoma cancer victim who used Monsanto's Roundup weed-killer. (AP Photo/Haven Daley, File)

Monsanto has faced numerous lawsuits over claims it causes cancer.

In a statement Wednesday, Bayer said it was also paying up $1.22 billion to settle two further cases, one involving PCB in water.

The Leverkusen, Germany-based company said the Roundup settlement would “bring closure to approximately 75%” of the current 125,000 filed and unfiled claims.

It said the agreement is subject to approval by Judge Vince Chhabria of the U.S. District Court for the Northern District of California.

“First and foremost, the Roundup settlement is the right action at the right time for Bayer to bring a long period of uncertainty to an end,” said Werner Baumann, Chief Executive Officer of Bayer. “It resolves most current claims and puts in place a clear mechanism to manage risks of potential future litigation. It is financially reasonable when viewed against the significant financial risks of continued, multi-year litigation and the related impacts to our reputation and to our business. The decision to resolve the Roundup litigation enables us to focus fully on the critical supply of healthcare and food. It will also return the conversation about the safety and utility of glyphosate-based herbicides to the scientific and regulatory arena and to the full body of science.”