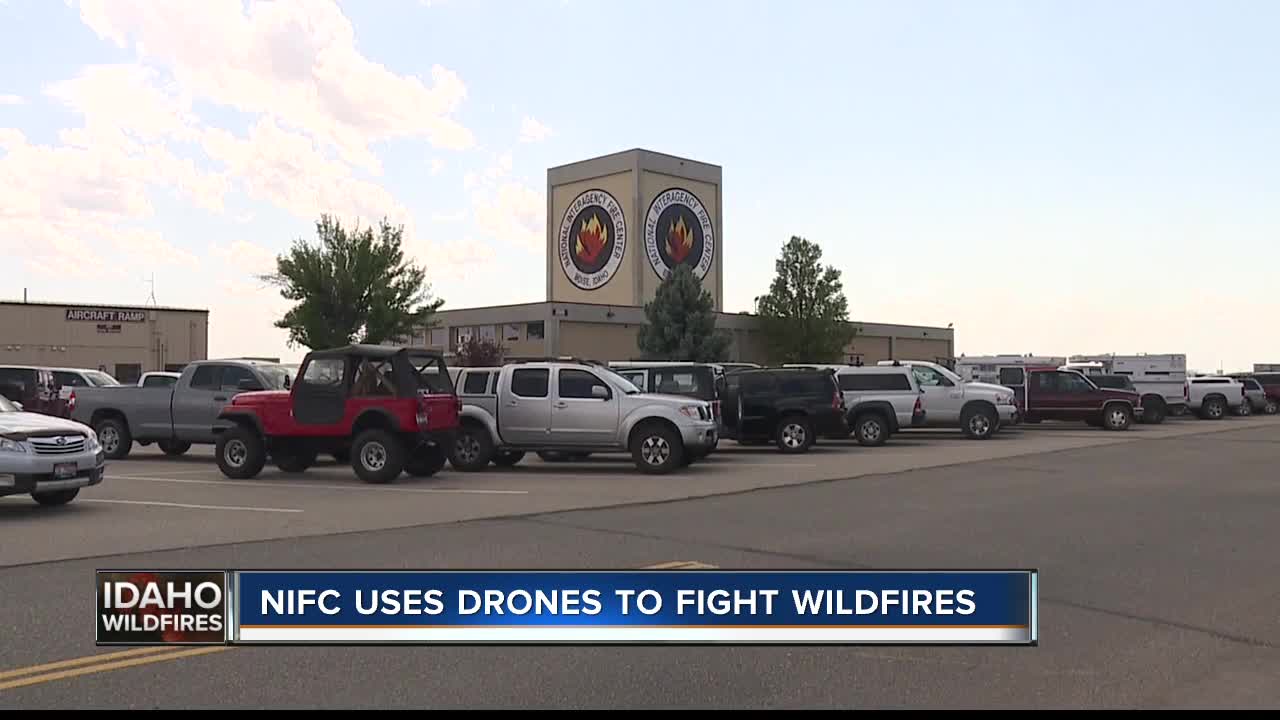 BOISE — The 2019 fire season has been a mild one for much of the U.S., so far at least. But that doesn't stop the National Interagency Fire Center from working on new tactics.

Just within the last few years, the National Interagency Fire Center has just started using drones to not only help fight wildfires, but to also scan wildfire areas to keep firefighters safe.

"Instead of putting a firefighter on the fire line, we can put a drone up there to scout an active fire line," said Jessica Gardetto, Spokesperson for NIFC.

All while delivering information to the drone pilot who can inform firefighters of the best and safest location for them to begin their fight.

"We fly them over the fire and they actually have infrared technology so they can see the hottest spots of the fire, so that firefighters know where to concentrate their efforts," said Gardetto.

But the drones can do a whole lot more than that.

"We are using drones for things like dropping ping pong balls that actually ignite fire on the ground," said Gardetto.

Using drones is a safer and more efficient way to start prescribed fires and back-burns so that firefighters can focus their efforts on the bigger blaze.

"From there we can even determine where the fire may burn into the future, where we may need to put down retardant," said Gardetto.

These aren’t your average commercial drones, "Our UAS can carry more weight, they're larger devices, they have longer flight times," Gardetto.

They’re about the size of a small airplane, and they're treated like one too, the drone pilot coordinates with all other aircraft, in order to keep those in the air safe as well.

NIFC currently has 170 drones being used for fighting fire and also for things like examining cultural sites and researching rivers.