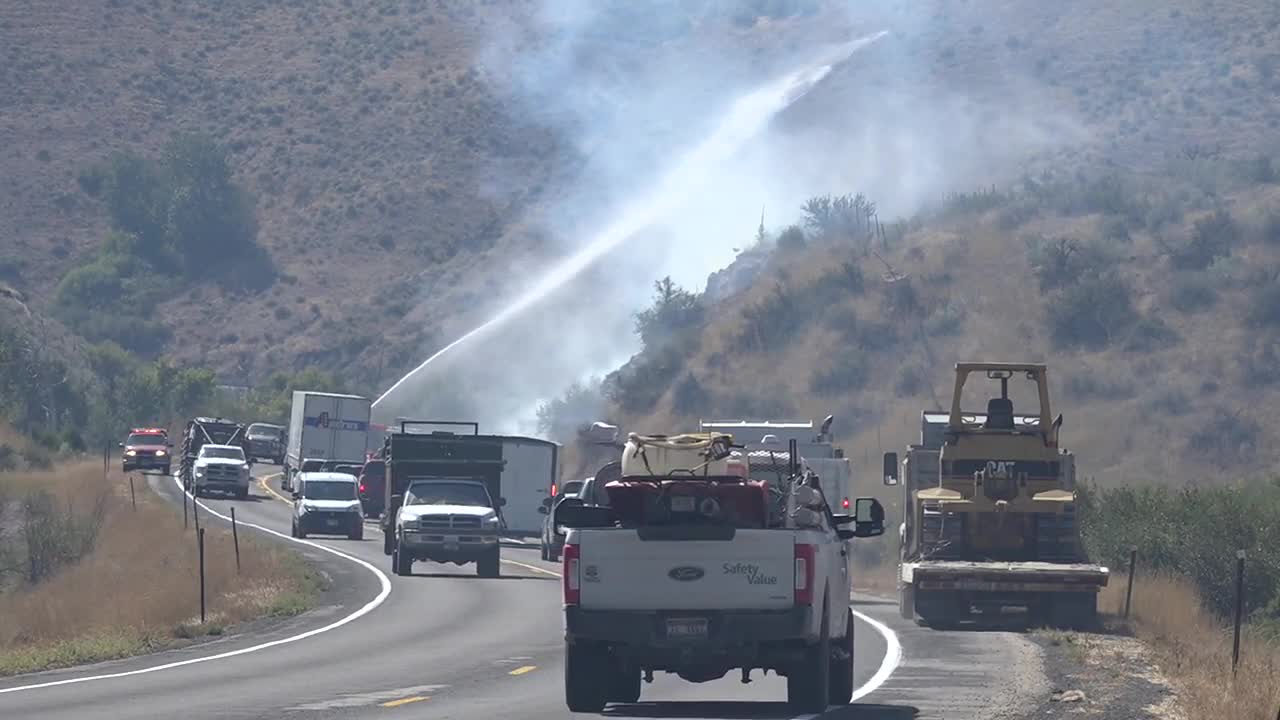 There are 128 large wildfires, and hundreds of smaller wildfires as regions burn all over the western United States.

BOISE, Idaho — There are 128 large wildfires, and hundreds of smaller wildfires as regions burn all over the western United States.

2.3 million acres have been scorched in California, setting a new record. Oregon's Governor has said this fire season could cause the greatest loss of life and property in the state's history.

In Idaho, the Woodhead fire continues to burn near Cambridge on the western side of the state.

The National Interagency Fire Center in Boise has had a busy week.

"Interests in these wildfires have really increased, especially in the last couple of days," said Jessica Gardetto of NIFC. "National media are contacting us, we have elected officials also very interested and, of course, concerned public as we have hundreds of people right now whose homes are threatened by a fire."

NIFC coordinates logistics to spread out resources over the west in an effort to make sure crews have enough personnel and equipment to fight these fires.

NIFC has divided the National Interagency Coordinating Group into three regional command teams who relay information back to the headquarters in Boise.

"They have to assess all these fires on a daily basis and work with the coordination center to make sure they are getting the resources they are requesting," said Gardetto.

But resources have been stretched thin, snow in the rocky mountains this week helped free up some assets.

When you look at it locally, the number of firefighters battling the Woodhead Fire went from 75 firefighters to nearly 200 in a day.

But at the same time, firefighters have been on the job since the spring when fires broke out in New Mexico and Arizona.

"Some of them have been at it now for about five to six months," said Gardetto. "We are hoping we see an end in sight, however, we don't see it at least for the next couple of weeks."

So Gardetto encourages the public to be vigilant because the last thing NIFC and the firefighters need are more fires started by the public.

For more resources on how to be safe during fire season, click here.