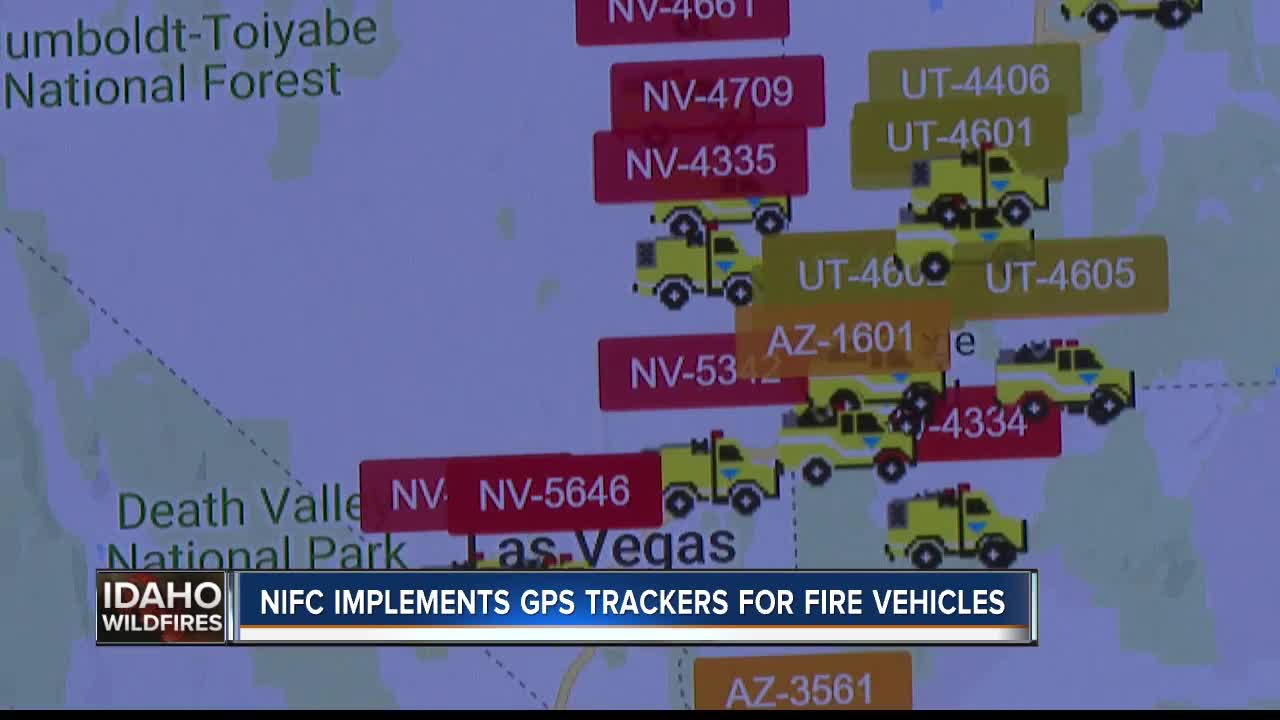 BOISE — The National Interagency Fire Center is rolling out a new tracking system to help them keep tabs on wildland firefighters.

It's called the location based services program and it's being implemented in all Bureau of Land Management fire vehicles by the end of fiscal year 2020. It hasn't made its way to Idaho quite yet, but it's being used in many of our neighboring states.

"All of these GPS tracking units are going to be in all of our fire vehicles," said Jessica Gardetto, Spokesperson for NIFC.

It's the Bureau of Land Management’s way of implementing a system to locate their wildland firefighters and fire vehicles following the passing of Senate Bill 47, introduced by Congress in 2019, the John D. Dingell Jr. Conservation, management, and recreation act.

"Within that act Congress has asked the federal wildland fire agencies to track wildland firefighters, particularly when they're on suppression incidents," said Gardetto.

To date, the National Interagency Fire Center has placed those GPS tracking systems on over 240 fire vehicles across all of the eastern states and nearly ten states across the west, but it's not quite in Idaho.

"In fiscal year 2020 we plan on having it on all fire assets for the BLM across the Western United States," said Brian Williams, Equipment Specialist for NIFC.

The states it is being used in, however, are already reaping the benefits.

"Arizona saw huge benefits just in the pilot program of being able to easily locate resources knowing how far away from the fires they were," said Williams.

Safety of wildland firefighters is the primary benefit from this tracking system. Gardetto said, "If for example there's been an accident, we're going to be able to tell right away if one of these engines has stopped moving."

The system will also help NIFC in their efforts to best allocate resources. Gardetto said, "It's also gonna be able to show exactly how many resources we have on a fire at any given time and then whether or not we have resources to spare or resources to move to other incidents."

It helps ensure the closest resources get sent when a wildfire starts. NIFC says eventually all dispatch centers across the country will be able to use the location based services program to track BLM fire vehicles