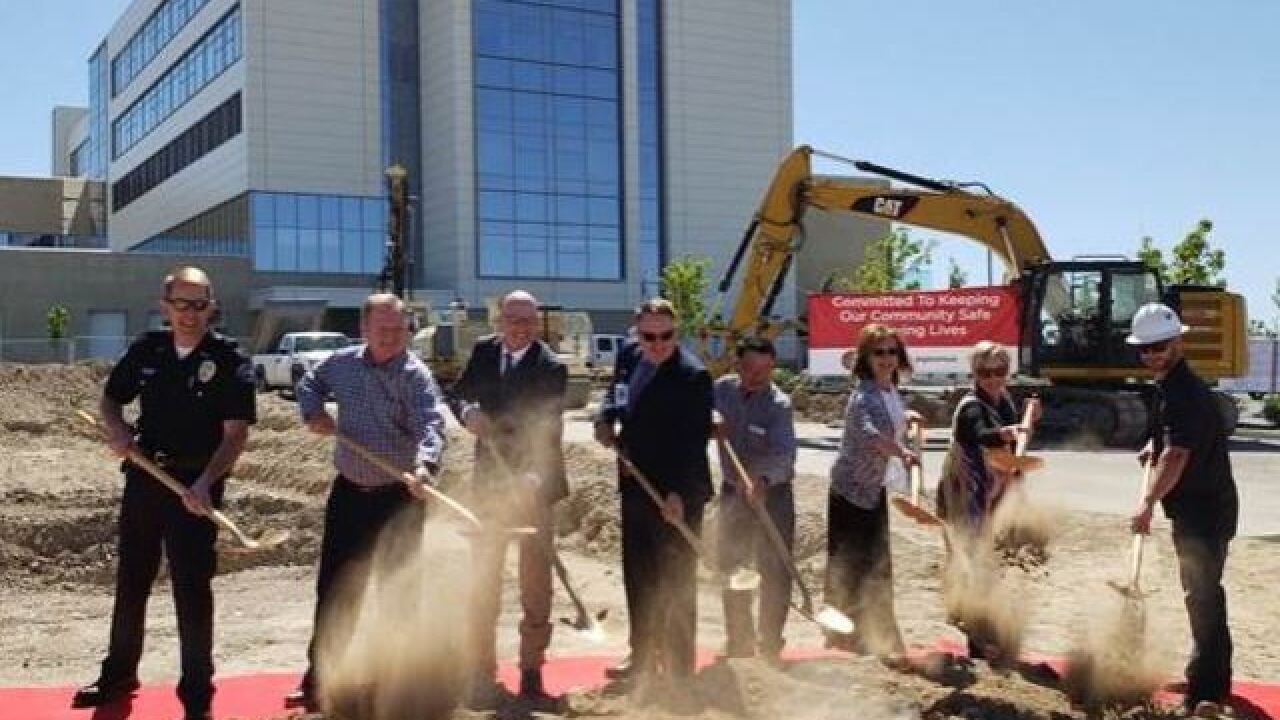 Canyon County paramedics and Nampa Police officers will have new stations and a workspace provided by Saint Alphonsus at the hospital’s Nampa campus.

At a ground-breaking event Tuesday, local leaders thanked the hospital for providing valuable space for first responders to better serve the community.

The nearly 19,000 square-foot building will primarily be used as warehouse space for the hospital, but will also include about 1,100 square-feet for Canyon County Paramedics Station 46 and a smaller, approximately 600 square-foot office for Nampa Police officers.

“The station that Saint Alphonsus is building at their Nampa hospital allows us to improve our access to the Garrity Road interchange and areas north of the interstate,” said Michael Stowell, Chief of the Canyon County Ambulance District.  “Working together and planning for the future as a team helps Saint Als and Canyon County Paramedics ensure our citizens get the highest level of care in a timely manner.  It’s a great collaborative effort.”

Saint Alphonsus is constructing the building and providing furnishings, including a kitchen and sleeping quarters, for the EMS crews.

Stowell said the paramedic station will initially be staffed on 12-hour shifts, with plans for 24-hour staffing in the future.

Saint Alphonsus will not charge the police or EMS rent to use their portions of the facility.

“This new station is an important investment from Saint Alphonsus -- and exemplifies the strong partnerships we have with our Nampa Police and Canyon County Paramedics,” Leach said.

Work on the nearly $1 million building will begin immediately.

Kreizenbeck Construction is the contractor.

The facility is expected to be open in the fall.