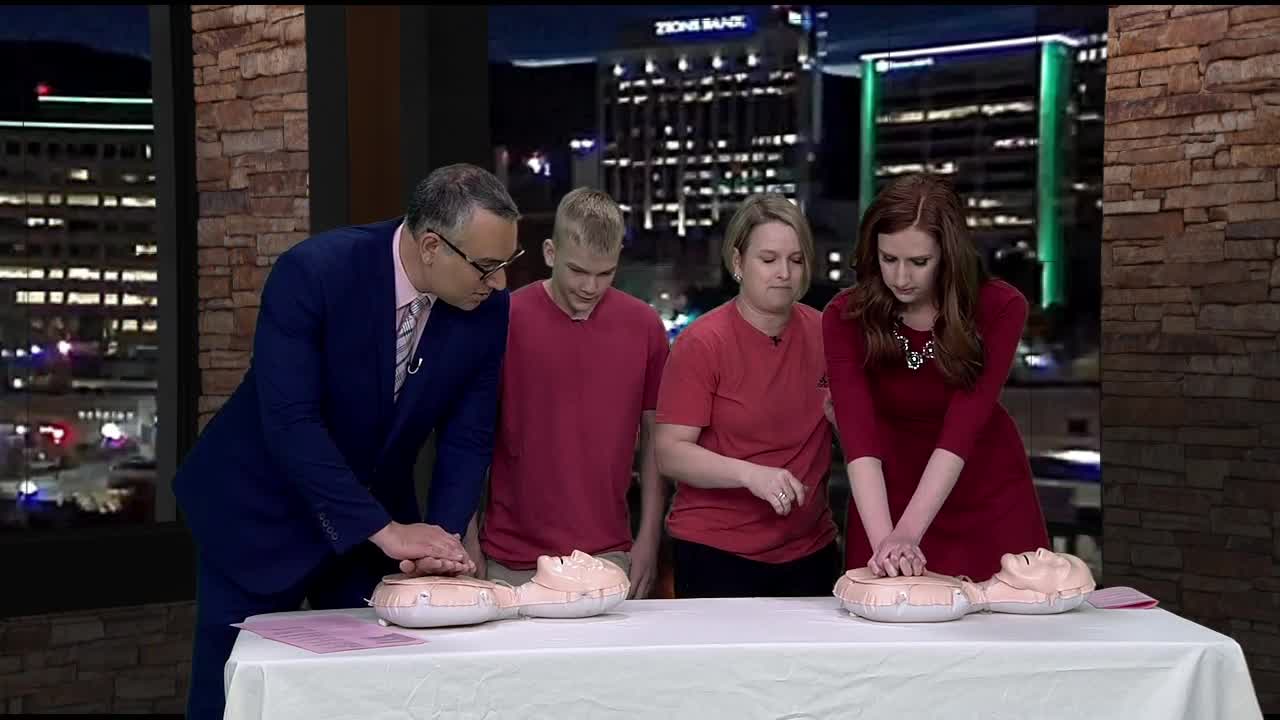 BOISE, Ida. — A mother and son in Boise are spreading the word about the importance of learning hands-only CPR. It comes after the family experienced a near tragedy.

Jami Fitzpatrick's son Cody was at a community pool in 2009 when he had to be pulled from the bottom of the pool. Cody was unresponsive and not breathing. A bystander happened to know CPR and performed it on Cody until first responders arrived over fifteen minutes later. Fitzpatrick says by that time Cody was breathing once again.

Hands-only CPR concentrates on just the chest compressions which the American Heart Association has found is the most important part. Compressions keep blood circulating through the body and keeps oxygen going to the organs. AHA says it's less steps, less to remember and no breathing is involved, making it both easier to learn and easier to perform.

Hands-only CPR involves two steps: calling 911 and starting hard, fast compressions in the center of the chest. It's suggested to grab an AED as well to improve the chances of survival. Compressions should start right in between the nipple line, fingers can be crossed or can be in a straight line, make sure elbows are locked and your shoulders come over the person you're performing CPR on. Hands-only CPR continues until help arrives.

For more information on CPR and First Aid training classes in your area, click here. You can also find more information about the Boise American Heart Association here and more on the upcoming Treasure Valley Heart Walk here.