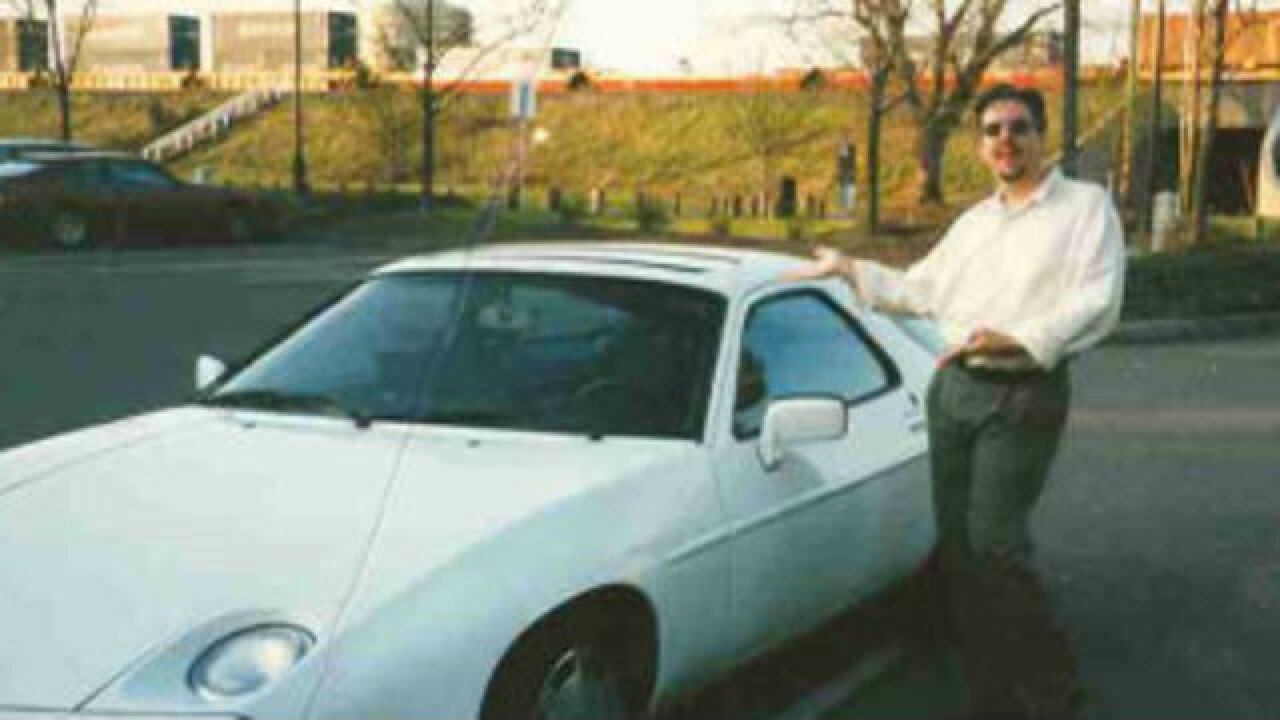 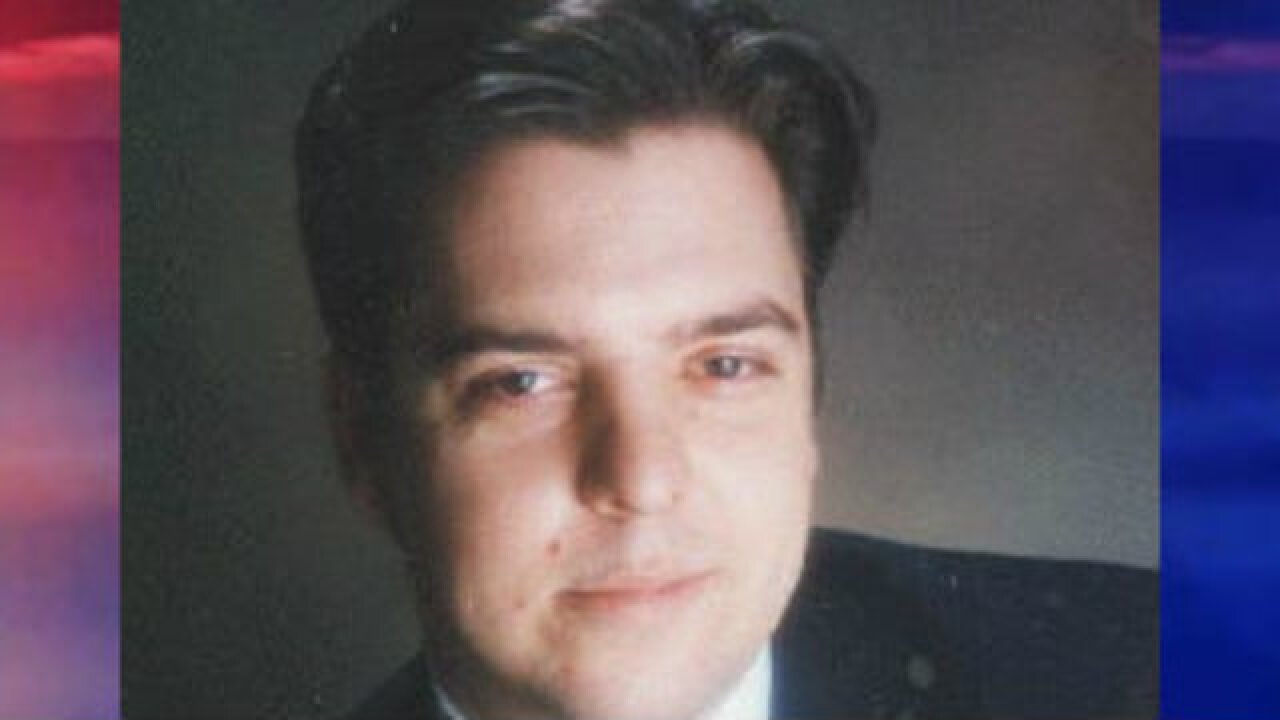 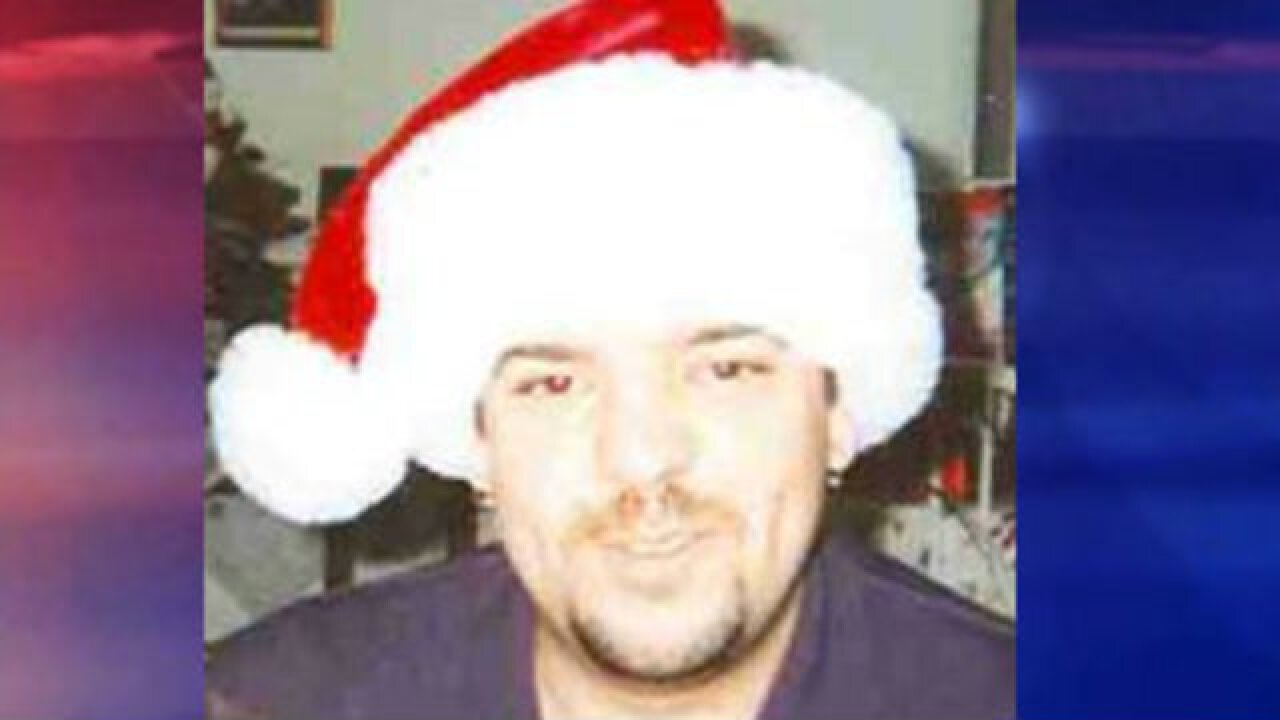 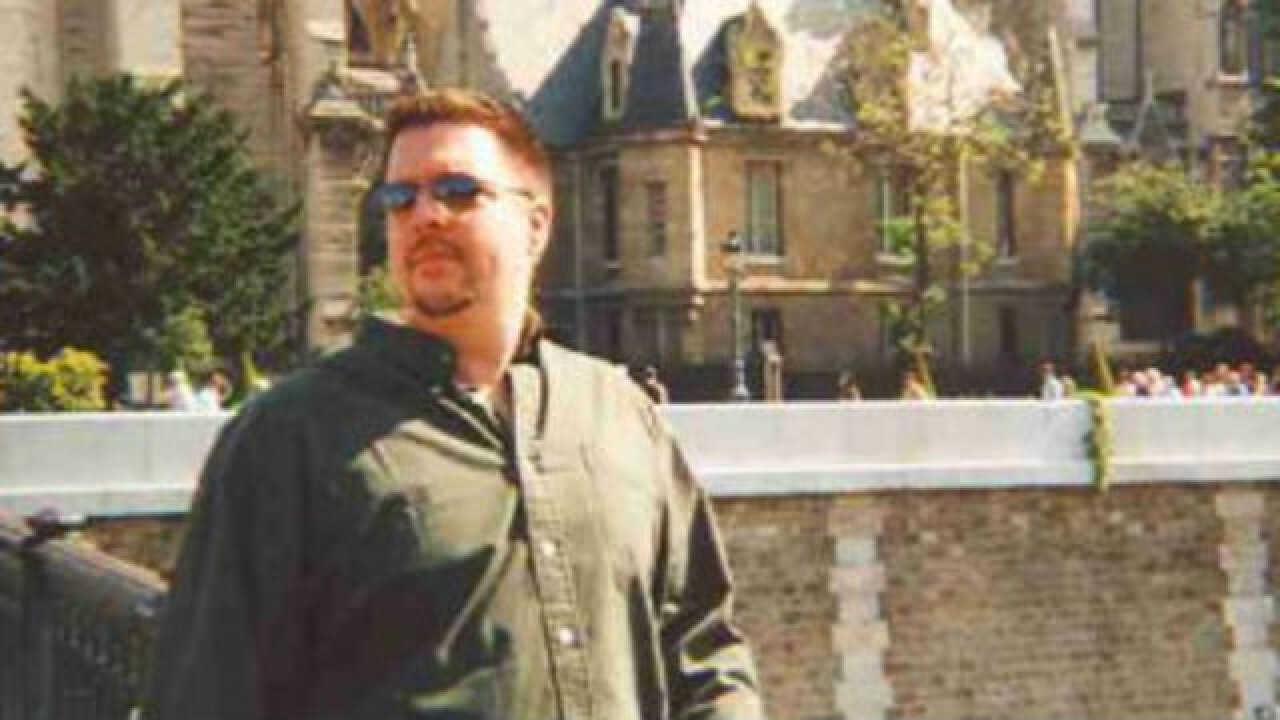 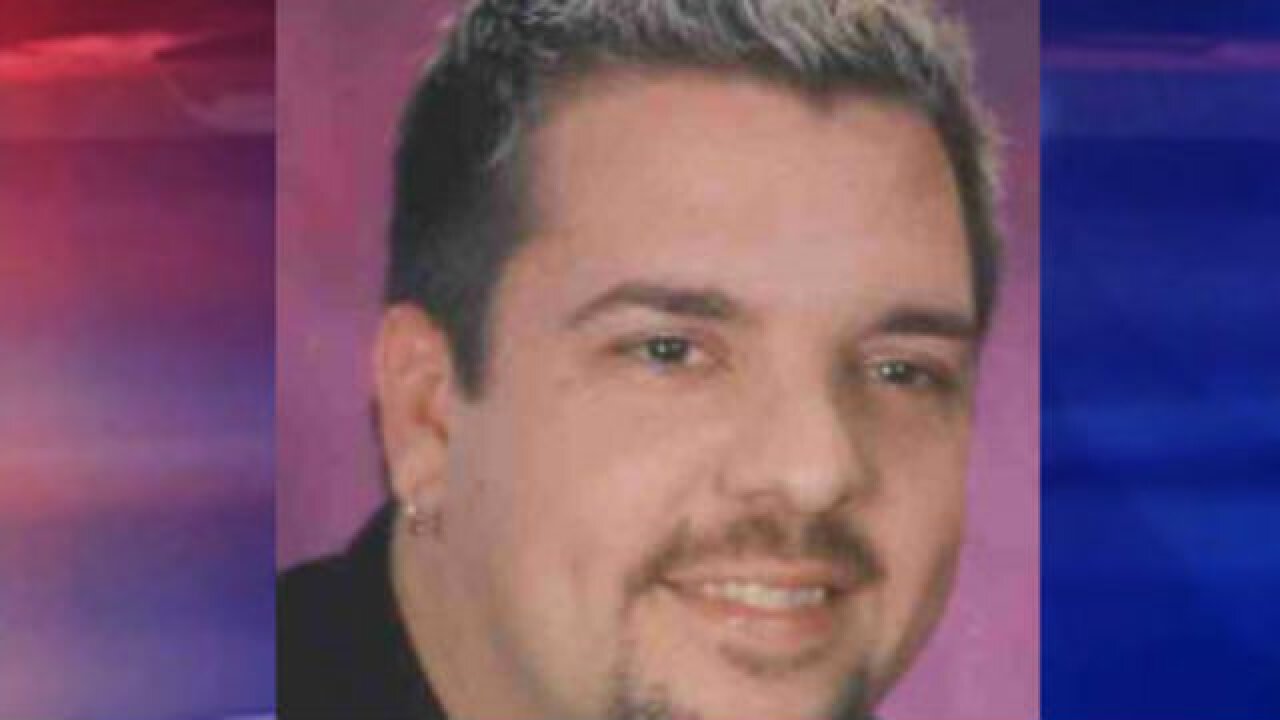 “He was charming and charismatic. He was one of those people who, when he walked into a room, you were drawn to him. He was a good person.” That’s what a close friend of Ahren Benjamin Barnard says about him.

Family and friends say he was a dedicated father who loved his two children.

Police say his disappearance is “suspicious.”

Around 7 p.m., Ahren –- “Benj,” to those close to him -- goes to the McDonald’s fast food restaurant on Cole and Overland Roads in west Boise. It was a scheduled shared-custody meeting: Ahren was dropping off his son for a temporary visit with his former girlfriend, the child’s biological mother. The two had remained friends. In fact, they had even made arrangements for Ahren to pick up his son the following morning.

At 7:15 p.m., Ahren received a call on his cell from his roommate regarding when he would be coming home. He reportedly told his roommate that he would be there soon. “I’m only a couple blocks from home,” he told him.

None of his family or friends have heard from him since.

Police check Ahren’s home in the 4900 block of Sunderland Drive in west Boise, but find no indication of a break-in. No signs of violence. His two vehicles, a 1995 Range Rover and a 1995 Jaguar XJ6, are parked in the driveway. His motorcycle is in the garage. His pets, a dog and a cat, are found in the house.

“Ahren traveled a lot and he never once left his pets without an arrangement made for someone to care for them. For him to desert them all of a sudden doesn't make sense,” his mother, Vicki Barnard, posts on social media. “Even if he wanted to disappear, he would have arranged for the care of his pets.”

Vicki tells officers she spoke with her son on the phone the night before he disappeared. She said he was in a good mood, was looking forward to the upcoming holidays, and told her he was thinking of getting a chauffer’s license and perhaps buying a limousine. “His frame of mind ... was upbeat; he was planning to meet his friend, Mike, who was visiting from out of town. When I talked with Benj that day, he was excited to see Mike. But, he never showed. He never called to cancel. He just disappeared,” she says.

Police consider Ahren’s disappearance “suspicious,” especially when family and friends tell them it’s uncharacteristic of him not to stay in touch with loved ones.

“He wouldn’t have left like that. His kids were very, very important to him. (And he and his mom) had a relationship like no other. They talked almost daily,” Ahren’s longtime friend, Donna Reade, says.

“He wasn’t a person to ignore a call, blow you off, or let your call go into voice mail. He was very punctual at returning everyone’s calls,” his mother remembers.

Ahren was well-known in the Boise area and had a large circle of both personal and business friends. “He worked at Micron for a while, managed Vista Pawn in Boise and, over the years, worked at a music store –- he was a gifted musician -- and co-owned a motorcycle shop,” Vicki tells us.

Police begin digging into Ahren’s background. They learn he’s a gun dealer who frequents gun shows. In fact, he had a concealed weapons permit and was known to carry a gun. They also learn he worked as a disc jockey in at a local strip club. He had had a falling-out with a business partner. And he had just concluded a custody battle with his son’s mother, in which both parents were awarded joint custody.

Detectives eventually exhaust all leads; nothing takes them to any solid information.

Soon, Ahren is listed on the FBI’s National Crime Information Center (NCIC) as an “endangered adult.”

His mother sets up a website and a myspace page to help get the word out. She hires a private investigator, a retired detective from the Los Angeles Police Department, to pursue all angles. To no avail.

In 2007, some three years after her son’s disappearance, Vicki tries a new approach: she launches a big Boise-area push for information. She places an ad in the Idaho Statesman, buys billboard space displaying her son’s picture and details about his disappearance, does Boise TV interviews, and blogs on-line to truck drivers –- since Ahren was “a 4-wheeler road warrior who made frequent trips for business,” as she put it; essentially, trying everything she can to generate leads for the police, to encourage someone -- anyone -- with information to come forward.

A “Candlelight Vigil of Hope” and a balloon release is held at the Boise YMCA. Some ninety people attend, including family, friends, business associates, and even Boise Police officers. Police Chief Bill Bones -– then a Captain –- speaks at the event.

In a Project Jason on-line forum, his mother writes, “Not a day goes by, in fact, not a moment passes, when he is not in my thoughts. Sometimes they are happy memories, but more often they are desperate, lonely, and fearful thoughts. I don’t believe for one second that this loving father and dutiful son would have disappeared on his own. It would be too unlike him to do so, and no one knows of any reason why he would. What happened to him? Where is he? Dear God, when will someone come forward and tell what they know?”

In a 2009 Boise Police Department news release, Sgt. Mark Barnett of BPD’s Criminal Investigations Division states, “Our goal is to continue to follow this case until we can provide some answers for the Barnard family and this community on where he went and what happened on that day. Mr. Barnard's family has been courageous and helpful, but is still understandably heartbroken and struggling with his disappearance.”

Then, in December the following year, the case takes what some consider a significant turn. An anonymous letter surfaces that gives investigators new leads. The letter -– which police will not reveal details of -– confirms what those close to Ahren have believed all along: Someone likely knows what happened to him. Only they aren’t saying.

In later commenting on the case, Barnett says, “Investigators have gathered information over the course of this investigation (which) leads us to believe that Ahren Bernard's disappearance was not his doing. We've thought for a long time that something has probably happened to Ahren, since there's been absolutely no trace of him in the past six years. But evidence increasingly suggests foul play. Ahren's disappearance is suspicious, and that's keeping this case a priority for detectives.”

Recently, Ahren’s close friends have set up a facebook page to re-generate interest in the case and to encourage anyone with information to come forward –- with no questions asked. An effort his mother welcomes. “For crying out loud, just send us map with a red “X” on it and we’ll take it from there,” Vicki says. “People (who come forward with information) can honest to God be assured we are not tracking anybody, we’re not trying to trick them, we’re not trying to find out who they are. We just want the information. All I care about is finding my son.

“Benj had his fingers in all kinds of different things. I think he probably got involved (with the wrong people),” Reade believes. “We’ve got some pretty scary people in our ‘perfect little valley,’ and they get away with a lot of stuff. But honestly, I don’t care who did what. They’re going to meet their Maker. They’ve got to answer for that. And they will. But I’m not going to mess with them. I just want Benj back.”

And even though she’s “99 percent sure” someone’s responsible for her son’s disappearance, there’s still that one percent that haunts her. “I still don’t know for sure if he’s dead or alive,” she says. “Did he have a stroke? Did he suffer some (head) trauma and perhaps is out there somewhere not knowing who he is? Or did someone murder him in cold blood and bury his body?”

Ahren was 35 years old when he vanished. He’s described as a white man with brown hair and brown eyes, about 6-feet tall and weighing some 180 pounds. He had a brown moustache and goatee.

Ahren has a scar on his left arm, a mole on the right side of his face above his moustache, and another mole near his right eye. Each ear is pierced. Police say he may have been wearing small hoop earrings. Ahren’s face shows deep dimples when he smiles. He’s known by the nicknames “Ahrens,” “Benj” or “Benji.”

He was last known to be wearing a black or golden-brown suede leather jacket, a gray silk shirt, blue jeans, and a Movado watch. He was believed to be carrying a money clip with him at the time.

If you know what happened to Ahren or have information about this case, you’re urged to call the Boise Police Department or Crimestoppers at 2-0-8 3-4-3 COPS. You can also leave an anonymous tip at the Idaho Criminal Intelligence Center 844-847-4040. Or, if you prefer to mail an anonymous tip, you can do so by sending it to a special postal center box set up by his friends: 967 E. Parkcenter Blvd., Box 450, Boise, Idaho, 83706.

A $3,000 reward has been set up for information leading to the location of Ahren’s body.

“I’m not an investigator. I’m not a police detective. I’m a mom. And I can’t imagine, as a mom, what you would do if your only child –- your only child in the whole world -– is gone,” Reade says. “Nobody is out to hang anybody. We just want to bring Benj home. His kids deserve that. His mother deserves that.”

“It’s like those connect-the-dot books we had as children. You could connect five, six, seven, eight, nine, ten dots to complete the picture,” Vicki states. “But in this case, only some of the dots are connected. That’s why we want anyone out there who may know something -– regardless of how insignificant they feel it may be –- to come forward; because that one little piece of information could be the linchpin that puts it all together.”

Then she adds, “I would turn in my own children if I thought they had murdered someone -– because it’s the right thing to do. I don’t care who’s responsible. All I care about is finding my son.”