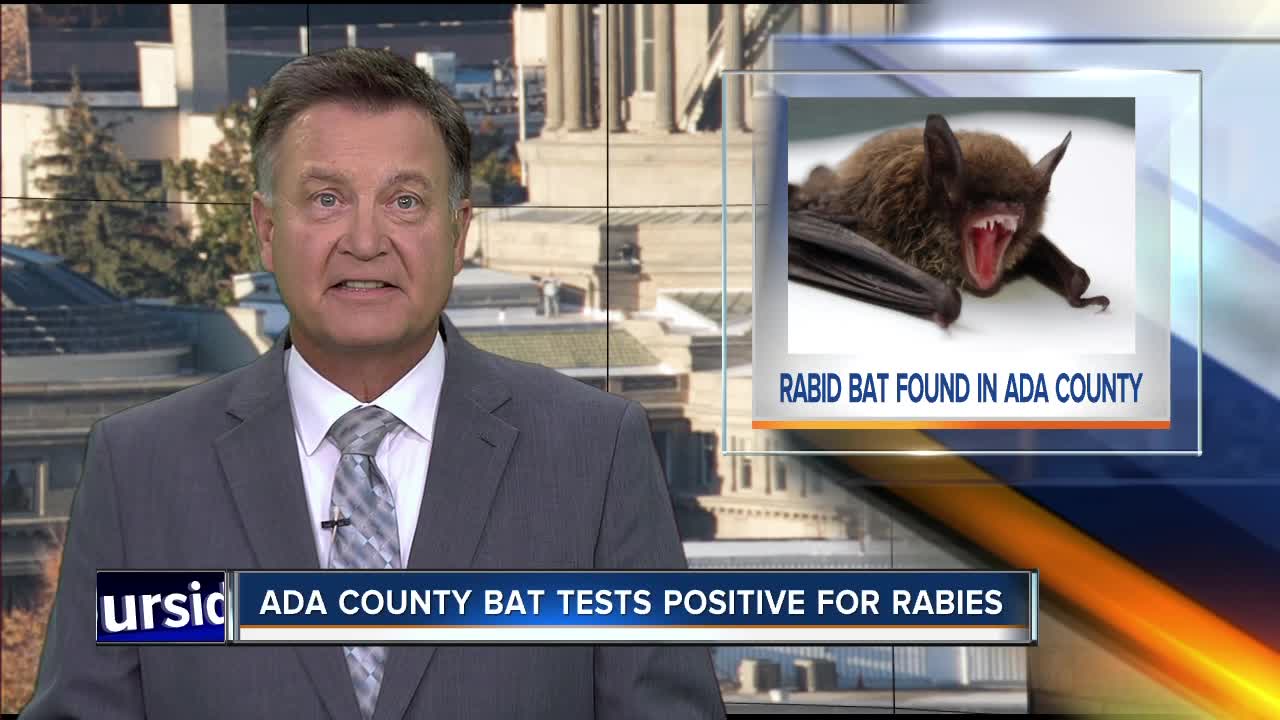 MERIDIAN, Idaho — A bat found in the backyard of a Meridian home has tested positive for rabies, according to the Central District Health Department.

“This is the first rabid bat reported in the Treasure Valley and increases the state’s rabid bat count to six so far this season. There was no human contact with the bat; however, a dog that may have had contact with the bat was given a rabies booster vaccine as a precaution. The bat was safely collected and submitted for testing,” said CDHD spokesperson Christine Myron.

Because rabies infection is virtually 100 percent fatal in people and animals, health officials remind people to avoid contact with bats, which can be a carrier of the rabies virus.
In Idaho, rabid bats are typically reported between March and November. “Last year, twelve bats tested positive for rabies statewide; four of those bats were in Ada County,” Myron said.

Public health officials typically see an uptick in calls and concerns from the public related to bat exposure in late August and September when Idaho bats are often migrating.

Bites are considered the primary way rabies is transmitted, but waking up in a room with a bat -- without having a clear idea of the bat’s behavior during the night -- can also put people and pets at risk for rabies infection.

Whenever possible, a bat found in an area (inside or outside) where people or pets may have been exposed, should be captured and submitted for rabies testing. Specific steps should be followed when collecting a bat for testing. The Idaho Department of Fish and Game has produced a video on the safe capture of a bat. You can watch it at https://idfg.idaho.gov/blog/2017/06/i-found-bat-my-home-what-do-i-do [idfg.idaho.gov]

Health experts offer the following tips to protect yourself and your pets:

-Never touch a bat with your bare hands.

-If you have had an encounter with a bat, seek medical attention.

-If you come in contact with a bat, save the bat in a container without touching it and contact your health department to arrange testing for rabies. Whenever possible, the bat should be tested to rule out an exposure to rabies. During regular business hours in Ada, Boise and Elmore Counties, call 208-327-7499 and in Valley County, call 208-634-7194. After business hours in all counties, call 1-800-632-8000.

-Always vaccinate your pets for rabies, including horses. Pets may encounter bats outdoors or in the home.

-Bat-proof your home or cabin by plugging all holes in the siding and maintaining tight-fitting screens on windows. Bats can enter through holes the size of a quarter.

Medical therapy given to people soon after a possible rabies exposure is extremely effective in preventing rabies. Without timely medical treatment, rabies infection is virtually 100 percent fatal in people and animals.