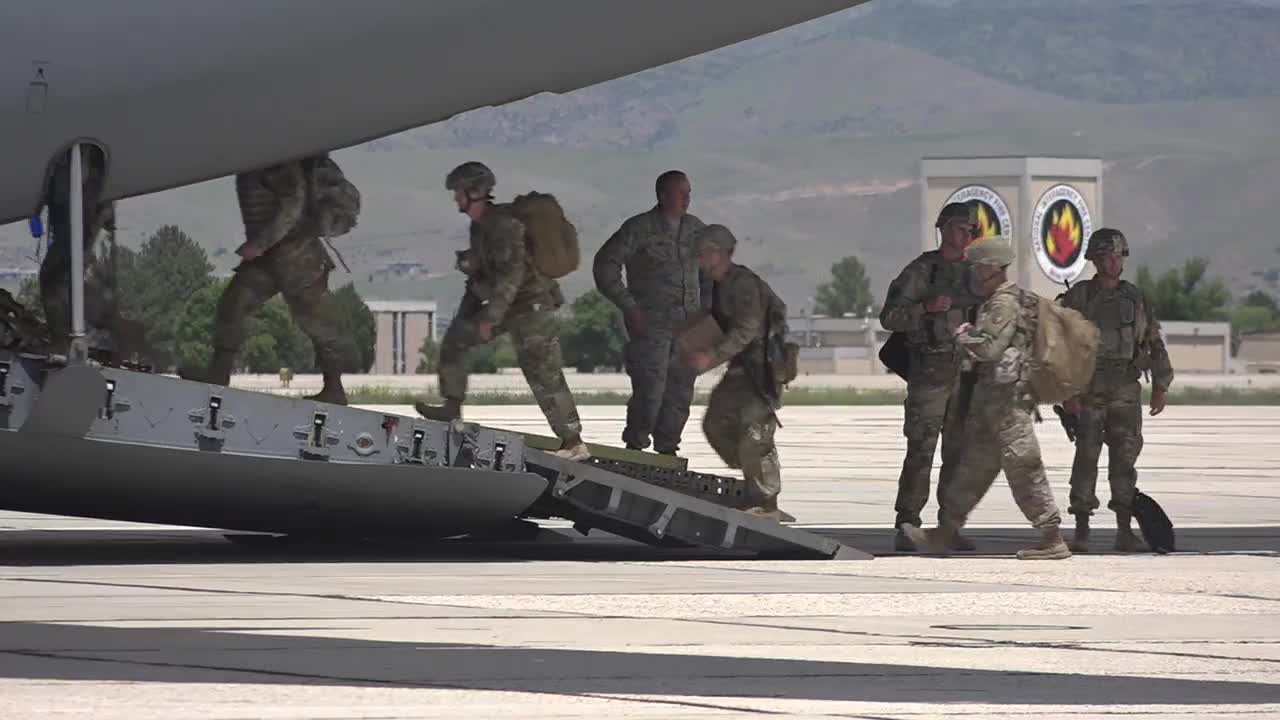 Members of the Idaho National Guard are headed to Washington D.C. to help with civil unrest.

“They were ready and willing to go on a voluntary basis," said Governor Brad Little who made the call to send the guard after making sure they had enough resources. "It not only speaks to the guard, but Idahoans in general: Godspeed I hope they stay safe.”

The Idaho National Guard was able to mobilize in one day and it was a quick reaction from our citizen soldiers.

"My husband is a military husband so he said see you later as we all volunteered," said SSG. Antonia Lemos. “We are prepared, we are ready and we want to help.”

District of Columbia Mayor Murial Bowser has made it clear she doesn't want the guard in D.C., however, President Trump has the opposite view as a divide continues between federal, state and local governments, but the politics of this issue doesn't matter to the Idaho National Guard.

"Whether responding to a crisis in Idaho or another state, the principles of the Idaho National Guard remain the same: to help local jurisdictions, city governments and state agencies ensure public safety," said Maj. Gen. Michael Garshak, adjutant general of Idaho and commander of the Idaho National Guard. "Regardless of where we are in the U.S., our role is to support civilian authorities and our personnel are trained to protect life, preserve property and ensure people's right to peacefully demonstrate."

The mission is expected to be around five days long and personnel will "serve in support of the United States Park Police and the Metropolitan Police Department," according to a press release from the Idaho National Guard.

Protests in the nation's Capitol have been violent at times. The protests are in response to the death in Minnesota of a black man, George Floyd, who died after a white police office pressed his knee to Floyd's neck for several minutes.

The District of Columbia National Guard requested help and will pay for any related expenses.

The Idaho National Guard has deployed out of state in support of national emergencies in the past. From Hurricane Katrina in 2005, wildland fire suppression in Oregon and Washington in 2015, to Puerto Rico for Hurricane Maria recovery support in 2017, the Idaho National Guard has provided hundreds of Soldiers and Airmen over the last decade in response to national emergencies.

I have confirmed that @GovernorLittle has committed to sending Idaho National Guardsmen to Washington, D.C.