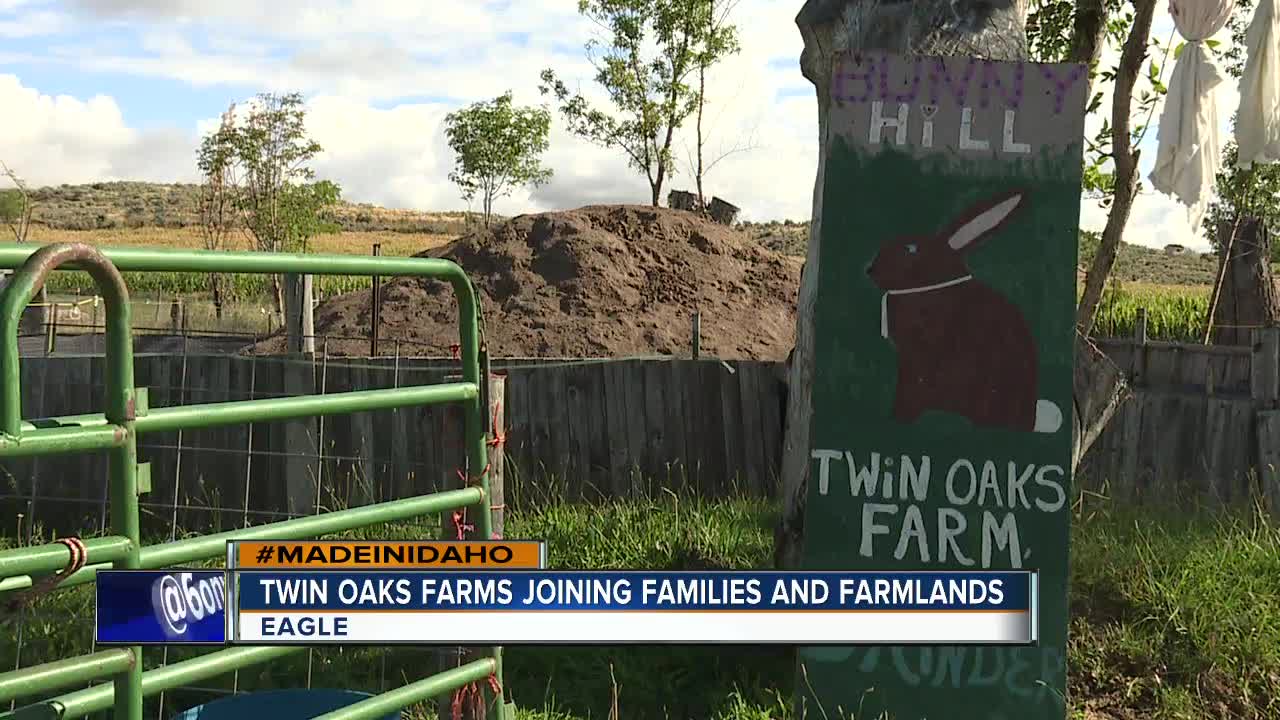 MADE IN IDAHO: Twin Oaks Farms

EAGLE, Idaho - Eagle Road has long been known as one of the busiest, fastest-growing and, at times, most frustrating thoroughfares in the Treasure Valley. But nestled on the far northern end of this busy stretch of road - just past the street's final stop sign - is a scenic 200-acre plot of land quietly carrying a pedigree no other local property can claim: the last active farm left on Eagle Road, according to the property's owners. It's called Twin Oaks Farms, and it's been in operation for over three decades now.

Twin Oaks is the brainchild - and labor of love - of co-owner Jeff Smith and his business partner Jim Ridenbaugh. Smith, who's been involved in farms his entire life, takes pride in being the only fully functioning farm left on a 20-mile stretch of pavement quickly being overtaken by industry. The farm grows an abundance of crops, from pumpkins and corn to potatoes and hay, along with a huge variety of animals, including horses, goats, Scottish highland cattle and even an enclosed hill full of bunny rabbits that visitors can pet and pick up.

Recently though, Smith started feeling that Twin Oaks had more to offer than just crops and cattle, so he and Ridenbaugh started looking for ways to bring the farm experience to local families. Ridenbaugh says their hope was "...to have an environment that gets kids onto the farm, gets them playing in the dirt, playing in the hay.

So, five years ago, Twin Oaks launched the now-annual Tater Dash mud run, then, added Winter Wonderland with snow tubing hills in the colder months, and Halloween Land in the fall, complete with a corn maze, a haunted house, and hayrides to the pumpkin patch hosted by farm caretaker Wendell Libengood and his distinct circa-1952 vintage tractor

Smith and Ridenbaugh are so passionate about preserving the farm that eventually they hope to make it a nature conservancy so no development can ever be done on the property.

But, no matter how busy this Idaho farm gets, Libengood hopes it will always keep local families engaged and interested in the Gem State's oldest industry. "The farm life has been going on for hundreds and hundreds of years," says Libengod, "and it's a place that everybody can come and relate to their past."

For more information about Twin Oaks and all of the events they host, including this fall's Halloween Land which opens up September 27th, visit them online here.