Made in Idaho: Local author puts Idaho in the literary spotlight 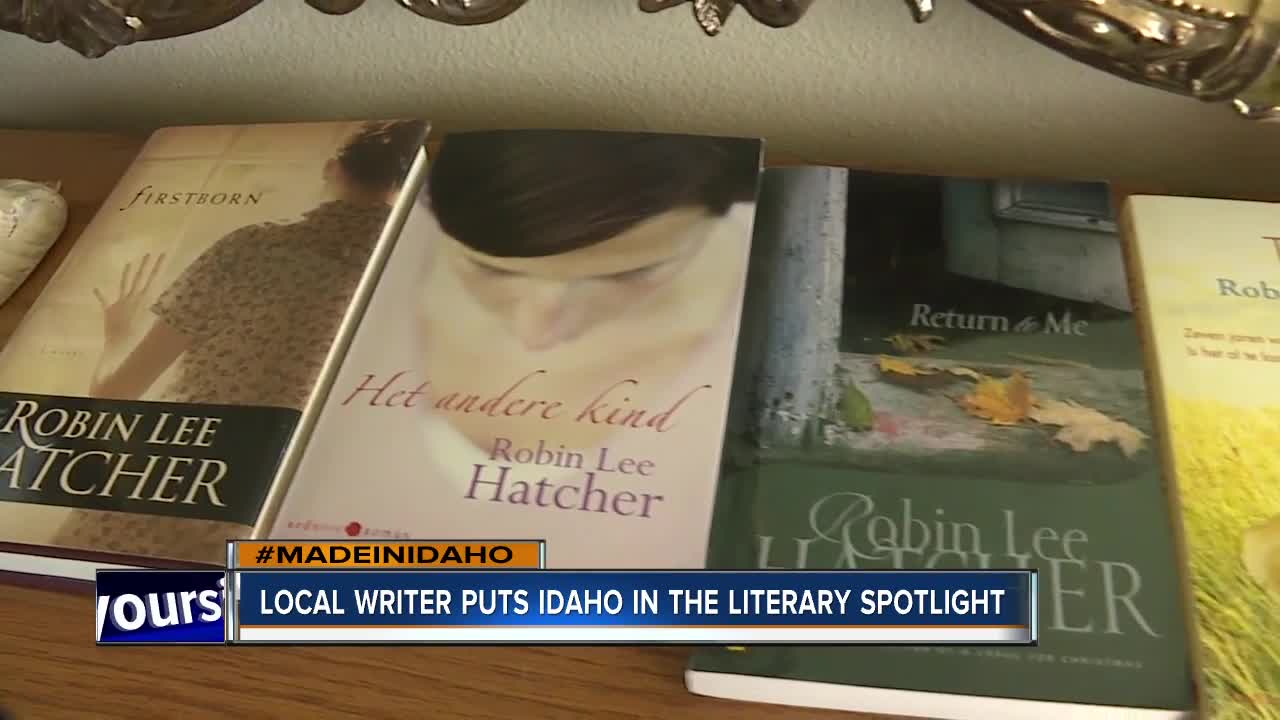 Made in Idaho: Robin Lee Hatcher

BOISE, Idaho - Local novelist Robin Lee Hatcher didn't start out in life as an author, but she'll tell you she was born a storyteller. "What I call my career beginning," says Hatcher, "was when I told my 5th grade friends that my mother was born in a covered wagon coming west. She was 47 so she certainly seemed old enough!"

Hatcher's fondness for tall tales like that one - combined with a voracious appetite for reading - planted a seed in the Boisean's brain about someday writing a book. Then, in 1981, Hatcher decided to put pen to paper after getting inspired by someone else who had taken the literary leap. "I read an article in...the Idaho Statesman," she recalls, "about someone who’s first book had been published and I’d had this idea rolling around in my head and I thought gosh, if they could do it, maybe I could do it."

Just three years later, Hatcher had not one but two books published, and since then, she's written almost 80 other novels, nearly all of them set right here in the Gem State! Says Hatcher, "I love my state, I’m a native, I love it from up in the panhandle to eastern Idaho to the desert to the mountains, so I love being able to show it to other people."

Hatcher's "King's Meadow" series, for example, was inspired by Garden Valley, and she says Idaho City has been the location for a couple of her historical novels. And while Hatcher does sometimes change the names and even the topography of certain Idaho gems to fit her fiction, if she's writing about the state's capital, you'll know it. "If I’m writing about Boise, Boise is really Boise," she says.

That often sends many readers on a mental - or actual - scavenger hunt, trying to figure out the places Hatcher's stories are written around. Hatcher tells us, "My very first contemporary novel was 'The Forgiving Hour' and it was set in Boise and people had so much fun, I mentioned a greasy spoon [restaurant] which is where a significant part of the story, a turning point, happens, and there was a lot of trying to figure out the greasy spoon I was referring to."

Hatcher's books are written mostly in the genre of Christian fiction, and most have a love story at the center. and while faith and romance are central to Hatcher's stories, this Idaho author says there's one theme in particular she hopes her readers pick up on: "I would say that always my books are about hope."