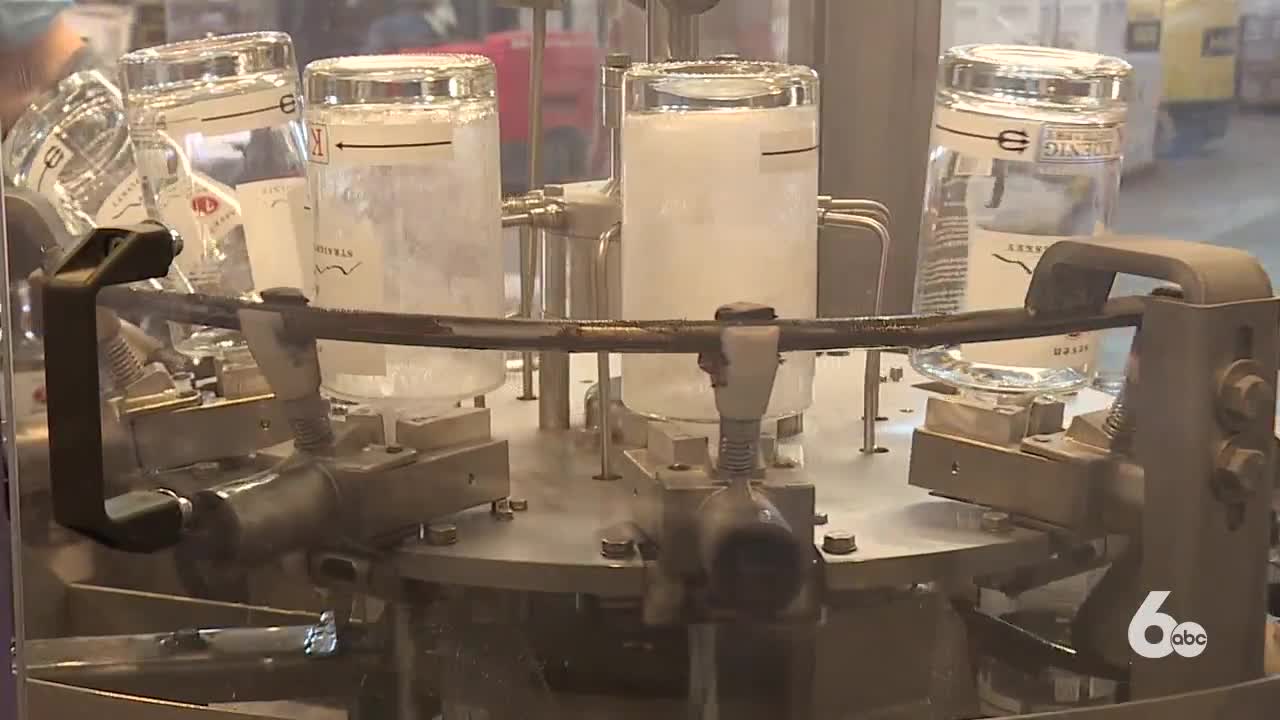 Made in Idaho: Koenig Distillery

CALDWELL, Idaho — The rolling hills of the Sunnyslope region in southwest Idaho are famous for superb soils and fantastic fruit-growing weather, and while you may think grapes are the going concern here, other fruits fare pretty well, too, fruits that one local distillery uses to their full advantage.

“We first started making...fruit brandies out of plums, cherries, apricots, peaches and a little bit of grapes.” That, from Andrew Koenig, Master Distiller and owner of Koenig Distillery. His company crafts top-shelf vodkas, fruit brandies, and award-winning barrel-aged whiskeys, using ingredients sourced from their own Sunnyslope orchards and across the Northwest.

Koenig says, “We believe Sunnyslope is a great fruit growing area, Idaho is obviously a phenomenal fruit growing region and corn region for the bourbon, that’s why we believe Idaho agriculture is king.”

The distillery has been in operation in Caldwell since 1999, but has its roots thousands of miles - and many decades - away from the Gem State. “My dad grew up in Austria originally,” Koenig explains, “and there’s a rich distilling tradition where people would distill a little bit of their own fruits from around their farm if they have a little orchard, and they were able to trade it for goods or services during the war times. So my dad actually used to do that, with his family, during the war, and that’s kind of how they fed themselves for many years.”

Koenig took that family heritage and turned it into a career. “After I was done with college, I did an apprenticeship in Austria where I learned the distillation process.” A process that Koenig says isn’t complicated, but does take plenty of patience since most of their liquors take years to come to fruition. “It’s fairly simple…it’s basically where you’re boiling alcohol out of certain mash...Fruit is picked at its perfect ripeness, then its ground into a mash, fermented, and then distilled.”

All in all, Koenig Distillery’s fruit brandies age for a minimum of two years, and their award-winning Seven Devils whiskey (named for the water from the Seven Devils Range in Hells Canyon that it’s blended with) sits for at least four years before it’s ready to pour.

Much of the distillation is done in small batches in German copper stills, but Koenig says all of their bottles get a personal touch, too. “We still put the corks in by hand, we label still by hand, it’s not a great big operation but we try to focus on quality and doing things the right way.”

And that commitment to excellence by this made in Idaho business keeps Idahoans thirsting for more. “The community supports us so much, they buy local, they try to support Idaho agriculture, they understand the importance of keeping Idaho businesses alive in the state.”

Many of Boise’s finest restaurants use Koenig liquors in their cocktails, but if you want to buy a bottle for yourself, look for them in state liquor stores, or visit Koenig’s tasting room on Grape Lane in Caldwell.

Also, bourbon fans, keep an eye out this fall for a limited-edition line of their Seven Devils whiskey. It will be a barrel-strength bourbon aged for eight years, and only 3,400 bottles will be available.

To learn more about Koenig Distillery and their wide variety of products, you can find them online here.