That someone wasn't her father; sadly when Khloe was just 2 and a half, her dad Kody-- a Marine veteran-- took his life after a battle with PTSD. 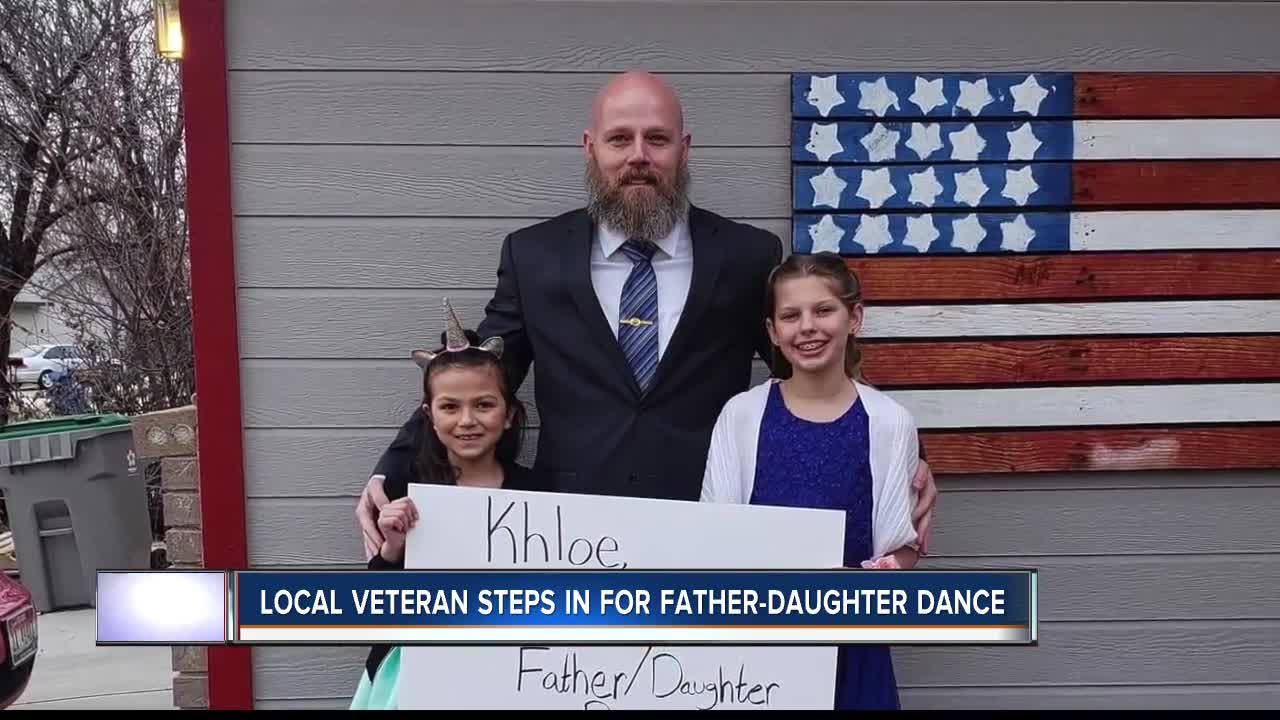 6 On Your Side's Madeline White talks to Khloe Braunstein and Steve Exceen after their viral father-daughter dance moment.

BOISE, ID — With nearly 1 and a half million views on Facebook, this sweet moment out of Boise is going viral across the globe.

We caught up with 5th grader Khloe Braunstein and her mom Mary who says, when she got home that night, "She just said, 'It. Was. Epic.'"

"I've never gone to a daddy-daughter dance before so I was excited to go and get to experience it with someone," said Khloe.

That someone wasn't her dad; sadly when Khloe was just 2 and a half, her dad Kody-- a Marine veteran-- took his life after a battle with PTSD.

"She was the apple of his eye. She was his whole world," said Mary.

But in 2016, Khloe and her mom Mary met Steve Exceen-- also a Marine vet-- at an event that honors the fallen.

And it was on Facebook that Steve reconnected to set up a call with Mary to ask for her blessing.

"And I was thinking, ya know-- let me ask her if I can take her daughter to the father-daughter dance," said Exceen.

Mary says Khloe's experienced bullying recently at school from kids who make fun of her for not having a dad.

"So I think it's like they choose the one thing that is her weakness-- and that weakness is not having a dad," said Mary.

So he gave her a call and asked her if he could take Khloe to the Ties and Tiaras dance at Paul Mitchell.

"I was speechless, um, and then I started to cry," said Mary.

"So I got on my knee with my daughter, that same day, gave her her corsage. And I wanted Khloe to experience that same experience," said Exceen.

Khloe says she was majorly surprised.

"It was like, and I finally said 'Yes'... it was really fun cause it-- first it was me and Sarai, playing around, just having fun, and when it got to the slow song, me Steve and Sarai all went to the dance floor and he danced with us both at the same time," said Khloe.

"And Khloe put her head on my chest like my daughter did when we first danced, it just, it was emotional," said Exceen, "And I had to suck in my tears-- I think I watered my beard a little bit ya know, cause I don't cry, (laughter) so I just had to water my beard a little bit."

Mary and Steve say while the girls started out the night as strangers, they came home planning sleepovers-- and established their dance trio to be a new yearly tradition.

"I'm excited to go, and I know that I'll be able to get dressed up, and do everything," said Khloe.

"It was just: trying to make her smile, and now it's gone, as they say, viral, and I'm hoping that other men will step up, and do the same thing for somebody and have them experience what, what Khloe's experiencing," said Exceen.