"We're super proud of them" 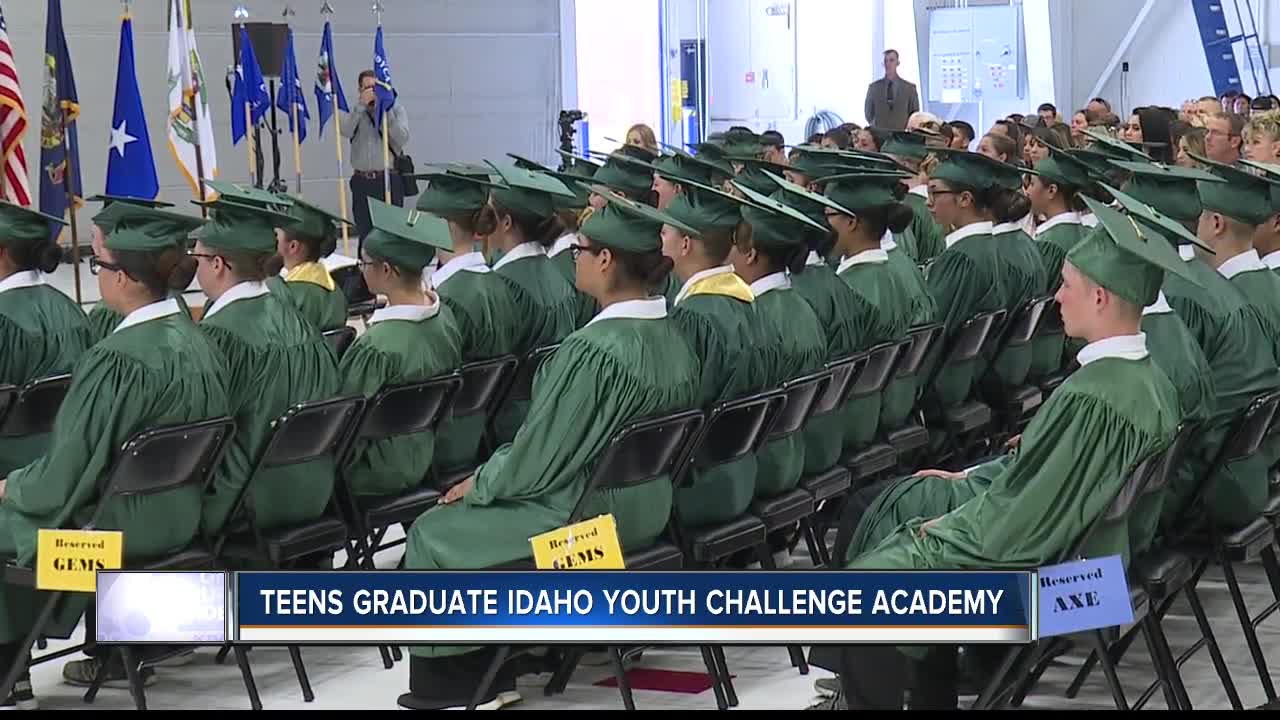 Students--referred to as cadets while at the academy--are required to wear military style uniforms and go through standard military customs while working to on an “Eight Core Component” curriculum.

The eight components are Academic Excellence, Leadership and Followership, Life Coping Skills, Job Skills, Service to the Community, Responsible Citizenship, Health and Hygiene and Physical Fitness. Cadets have to show improvement in all eight components in order to graduate.

Patricia Cabral, the aunt of one of the graduates, says she's brimming with pride.

"I think at times, they felt like giving up but we're like 'you guys, you didn't go through all the beginning stuff to just quit!' We're super proud of them because we know that they're going to be super successful after this,' Cabral said.

After graduation, students begin a 52-week program where they are paired with an adult role model in a one-on-one mentoring relationship.

There are two classes each year, one in January and one in July, for the Youth ChalleNGe Academy program.

Teens who qualify can get into the program for free.