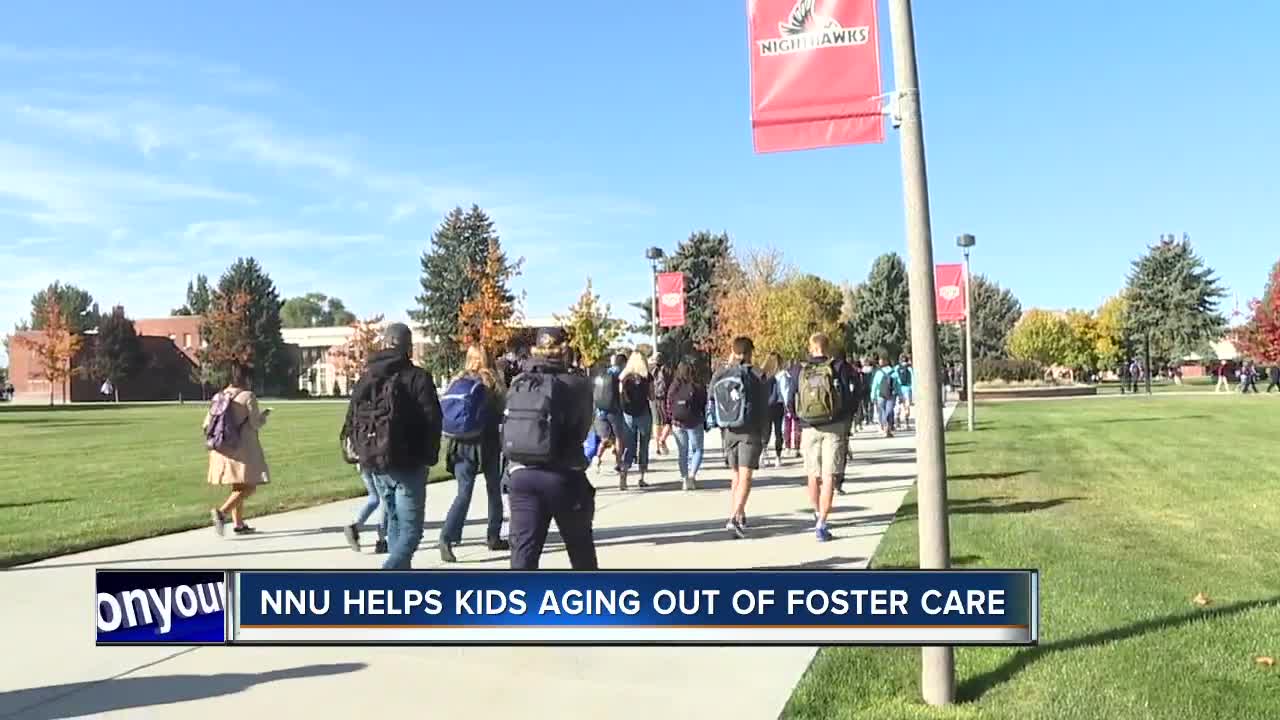 Cassidy Littleton is a junior at Northwest Nazarene University, studying public relations and political science, but her journey to NNU wasn’t a linear path or one backed by her family.

NAMPA — Cassidy Littleton is a junior at Northwest Nazarene University, studying public relations and political science, but her journey to NNU wasn’t a linear path or one backed by her family.

"I grew up in a pretty chaotic household. I had two parents, both of which were drug abusers at some point, and I had a mother who went to prison and a dad who was absent a lot of my life. So there was a lot of movement for me, and there was a lot of abuse that I experienced--and part of that was going through the foster care system twice," said Littleton.

Cassidy went through the foster care system once at age 11 and again at age 14. She lived in three different homes her first time in the system and attended all different schools.

“The experience once you’re in the system is often pretty traumatic, especially in Idaho because there is such a high turnover of foster parents, which means children are being moved pretty rapidly and foster care parents are leaving the system a lot because of burnout or whatever that looks like," said Littleton.

Cassidy’s older half-brother also spent time in the foster care system and wound up in juvenile detention many times.

"I didn’t understand why he was that way until I was older, and the truth is he was like that because he was so abused," said Littleton.

He eventually became a ward of the State until he aged out.

"A year after he ages out--I was in foster care at the time--he was really struggling financially, had just barely got his GED, and had no prospect for the future," said Littleton.

"[He] had no idea how to get a job and the future for him was very hopeless, and he ended up taking his own life."

His passing motivated Cassidy to take action to help other kids who age out better access resources.

“To me, the more research you do, you realize there's not a lack of resources or support available--the issue is we’re not getting teens to those resources in time to help," said Littleton.

The TITLE IV-E fund provides more than $4.4 billion for foster care and adoptive services across the country. Cassidy's hoping more legislation can be passed that would require check-ins from social workers after kids age out.

"Maybe from the age 17-21, it's required to check on that child and provide them with resources and college help, or maybe help them get a job, I think we’d see a lot more success rates of children who come out of the system," said Littleton.

Working alongside her for more relief is her University. The trustees' spouses started a scholarship called Foster Hope for kids who've aged out of the system between the ages 18-25.

“A kid that’s being emancipated won’t necessarily have the confidence or the knowledge that we’re here. We figured they might need to take a couple of years to sort of get their feet under them before they try to apply or think college is even something they could go for," said scholarship creator Nikki Pearsall.

Cassidy has a support system behind her, including the Boys and Girls Club in Twin Falls that she grew up with and the campus around her. Talking about her childhood does bring back painful feelings, but much like everything else she’s had to deal with, it’s something she pushes through with grace and determination.

“Yes, it is painful, and I still have to deal with that, but more than that, it causes me to want to love more and to try harder and to seek more change," said Littleton.