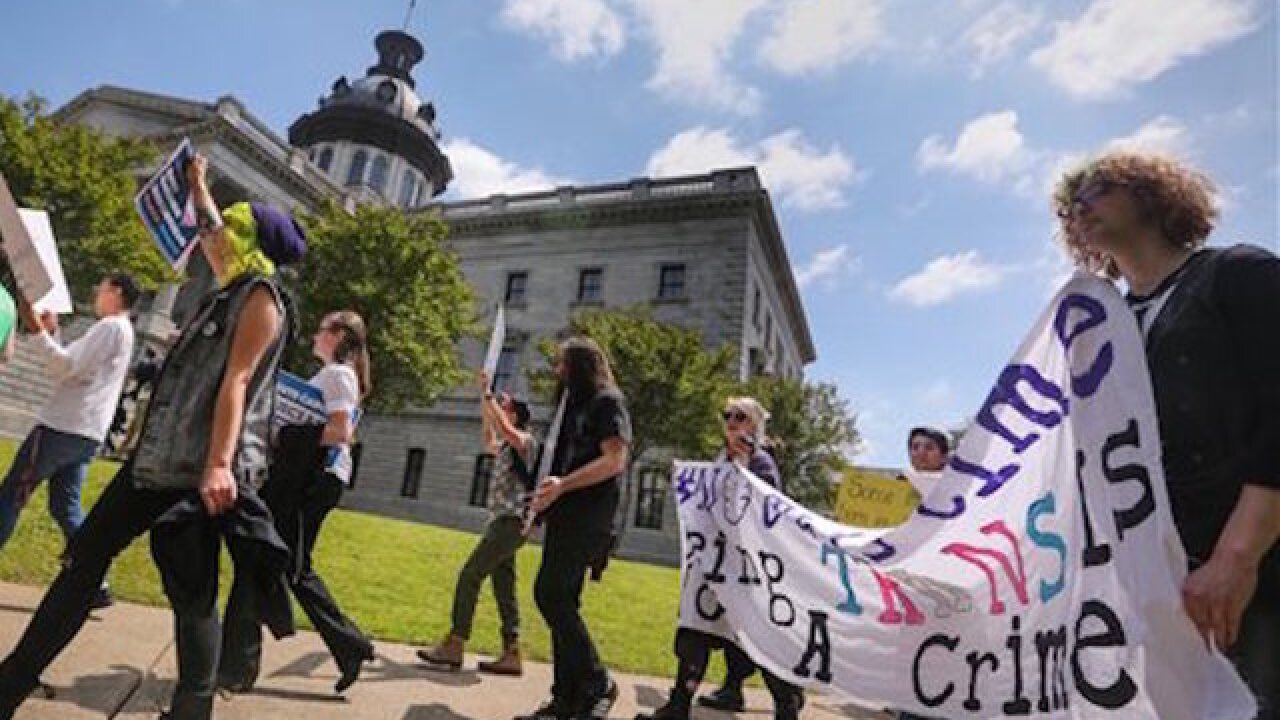 Tim Dominick
<p>CORRECTS TO SOUTH CAROLINA, NOT SOUTHERN CALIFORNIA - The Trans Student Alliance at the University of South Carolina holds a rally and news conference at the state Capitol to protest a controversial bill that would ban transgender people from choosing the bathroom they use Wednesday, April 13, 2016, in Columbia, S.C. (Tim Dominick/The State via AP) ALL LOCAL MEDIA OUT, (TV, ONLINE, PRINT); MANDATORY CREDIT</p>

The Boise School District and West Ada School District have each issued a statement in response to a federal announcement from the Obama Administration regarding public schools to permit transgender students to use bathrooms and locker rooms.

“The U.S. Department of Education Office for Civil Rights has instructed schools nationwide that sex discrimination prohibitions in federal law include protections for gender identity," Boise School District spokesman Dan Hollar wrote in a statement. “Gender identity is not a fluid concept.  A student may not choose to identify as a male one day and a female the next.  School districts elsewhere that have implemented these policies require that the gender identification is both persistent and consistent over time.”

A spokesman for the West Ada School District, Eric Exline, wrote this statement regarding the controversial guidelines:

“The guidelines issued by the US Justice Department will require the West Ada School District to evaluate our current practice to make sure that we are protecting the rights of all of our students.  Currently, our practice is to work privately and directly with transgender students to make sure that we have a plan to keep these students safe and successful in schools while also considering the needs of all of our students.  Because of the small number of cases, district staff has been able to create successful plans that protect the rights of our kids.”