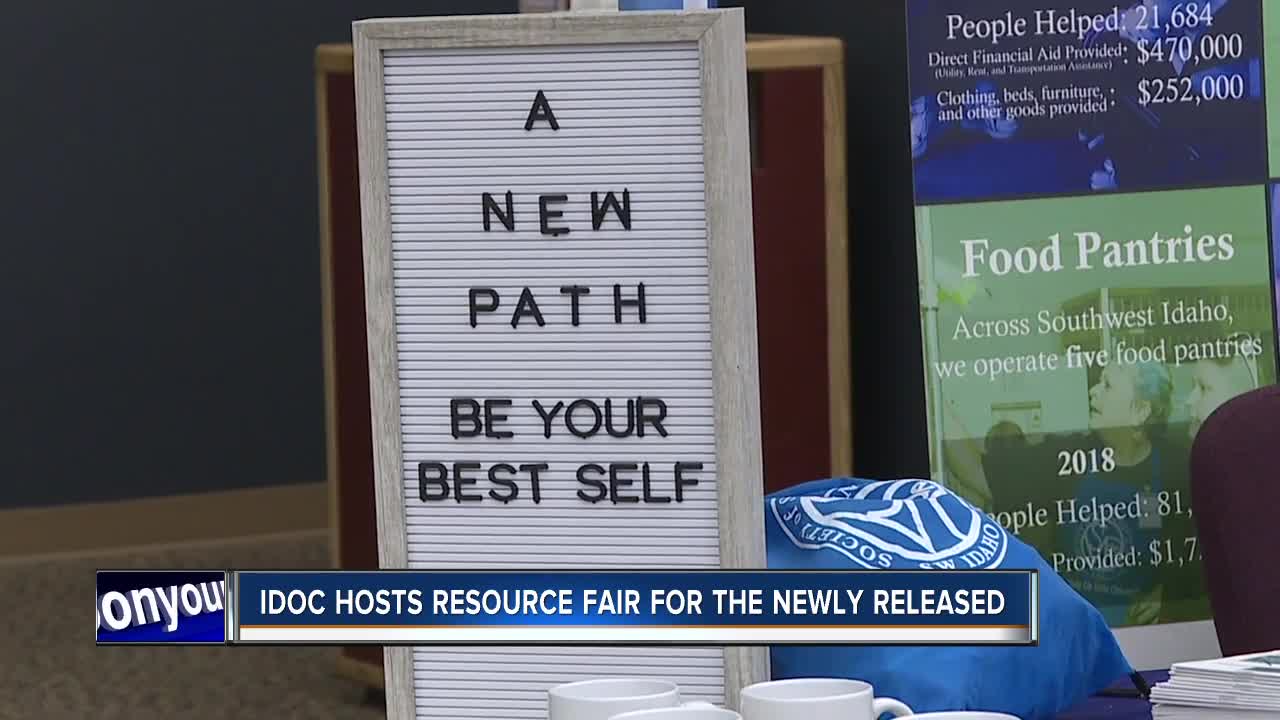 Reentry to society presents its challenges, but at an increasing rate, local programs are helping to fill gaps that help set them ex-offenders up for success.

GARDEN CITY, Idaho — The Idaho Department of Correction (IDOC) is working to make our communities safer by giving newly released offenders the resources they need to keep them out of a life of crime. To support that cause, they hosted a Community Reentry Fair in Garden City on Wednesday.

Reentry to society presents its challenges, but at an increasing rate, local programs are helping to fill gaps that help set them ex-offenders up for success.

At the time of this interview, Michael had only been out of prison for a handful of hours.

“I got a ride I was offered a ride by a mentor, and I was brought to this place," said Michael, ex-offender.

After serving 15 years in just his most recent sentence, for burglary and grand theft possession,

The Department of Correction created this community reentry fair to help newly released offenders. Increasingly, organizations across the state are stepping up to empower the newly released so they don't reoffend; in turn, making our communities safer.

Michael was assigned a mentor who will help provide him a cell phone, and was given food, linen, and clothing vouchers by St. Vincent de Paul.

“When they go to bed at night their first night out of prison, they should be very very comfortable," said Hendrickson. "To move on with their lives."

Organizations like this start with a sense of empathy for the often harsh realities ex-offenders face upon release.

"I been out of prison before. They let me out, and it was nothing: nowhere to go, it's... $15, and you just go to the streets, ya know, wind up going to back into crime to survive," said Michael.

Michael says, with this support, he’s confident his cycle of crime and imprisonment will change.

"I don’t have to do that now which is a bit of a relief," said Michael.

Because it's not just his freedom he now has back, it's also this: "a good foundation that a guy can build on, to get his life on the right path."