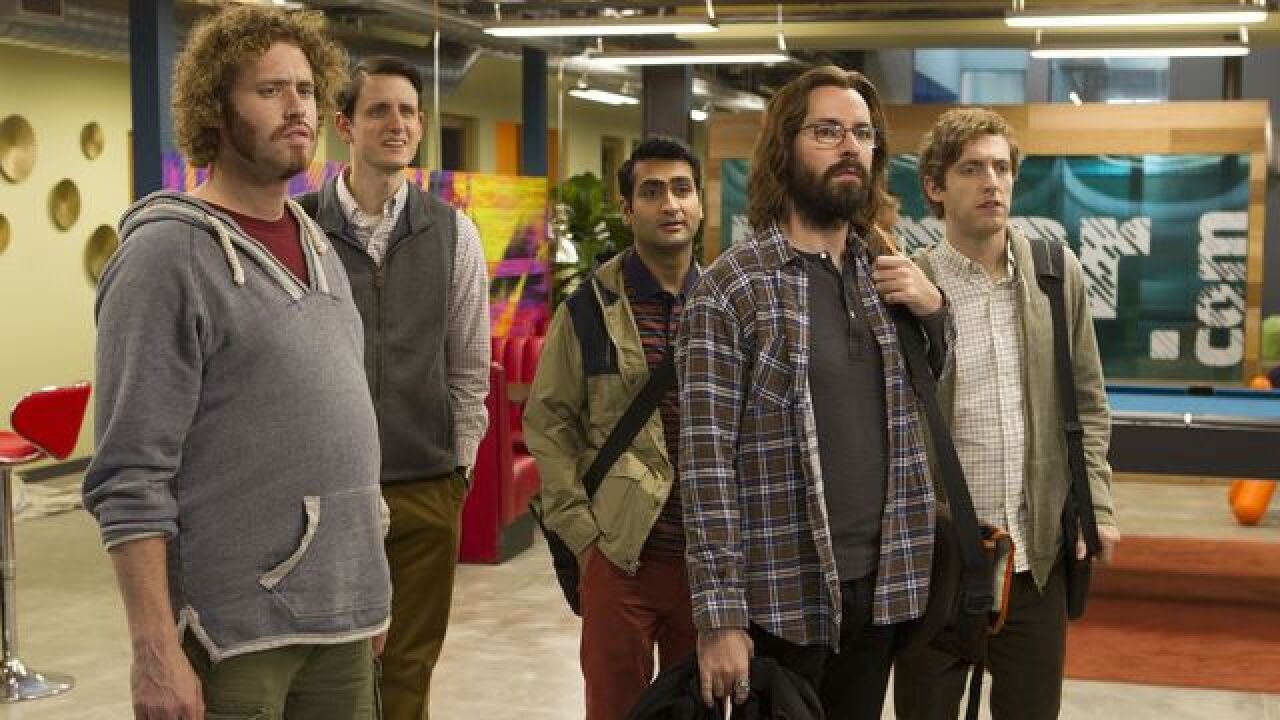 Riley Keough turns in a blistering performance in a starmaking role in this half-hour Starz drama, playing a law firm intern who doubles as a high-class call girl. Serving as much as therapist as prostitute, she juggles her double life and navigates the outskirts of the criminal underworld as she comes of age and discovers who she is as a person and professional. The Bluy-ray set is light on extras and lacks a digital copy.

Bolstered by a silly yet compelling gimmick of the entire narrative being told from a video game-like first-person perspective, the balls-to-the-wall action flick places you in the point of view of a half-man, half-machine who is brought back to life by a woman claiming to be his wife and is targeted by the Russian mob. Bolstered with excellent set pieces and an overwhelming sense of pace, the movie makes for a breezy summer watch. The Blu-ray/digital copy combo includes deleted scenes and a pair of commentary tracks.

Keegan-Michael Key and Jordan Peele's sketch comedy routine rose from underground sensation to mainstream success on Comedy Central, and the 10-disc, 53-episode set includes all their highlights and lowlights. A steady stream of celebrity guests (including Ty Burrell, Rashida Jones and Mekhi Phifer) helps change things up as the laughs flow. The set is oddly light on extras.

Key & Peele's show served as a launching pad for this film, an oddball cult hit about a pair of doofuses who get in trouble with a gang leader after their beloved cat (the Keanu of the title) is kidnapped. The chemistry between Keegan-Michael Key and Jodran Peele is as effervescent as ever, making for steady laughs that will please fans of the show, if not doing much to translate to a wider audience that doesn't get all the inside jokes. The Blu-ray/digital copy combo includes deleted scenes, a gag reel and a making-of featurette.

Director Garry Marshall, who died last month, finished his careeer with a series of holiday-themed romantic comedies about several sets of interlaced characters. The main draw in "Mother's Day" is Jennifer Aniston as a recently divorced mother trying to dip her toes into the dating pool while juggling parental and parental responsibilities. Kate Hudson and Timothy Olyphant also play pivotal roles. While some of the storylines are flat, there are enough solid performances here to keep things interesting. The Blu-ray/digital copy combo includes deleted scenes with Marshall's introduction, as well as a gag reel.

HBO's breakout comedy smash, spearheaded by "Office Space" genius Mike Judge, is a snarky, ever-poignant satire about the roller coaster life of a group of tech entrepreneurs (led by T.J. Miller and Zach Woods) trying to carve out a niche in the cut-throat realm of startups, exploitative venture capital firms and hangers-on as they flirt with becoming millionaires or losing everything on a daily basis. The show is available on iTunes, Google Play, Vudu and a host of other services.

HBO's critical and awards darling sitcom stars Julia Louis Dreyfus as a bumbling, conniving president locked in a brutal election battle that ends in an electoral vote tie. As with past seasons, her skewed priorities and tendency to prioritize self-indulgence over pragmatism leads to self-destruction and farcical laughs. As with "Silicon Valley," you can pick up the show on iTunes, Google Play, Vudu or other on demand outlets.