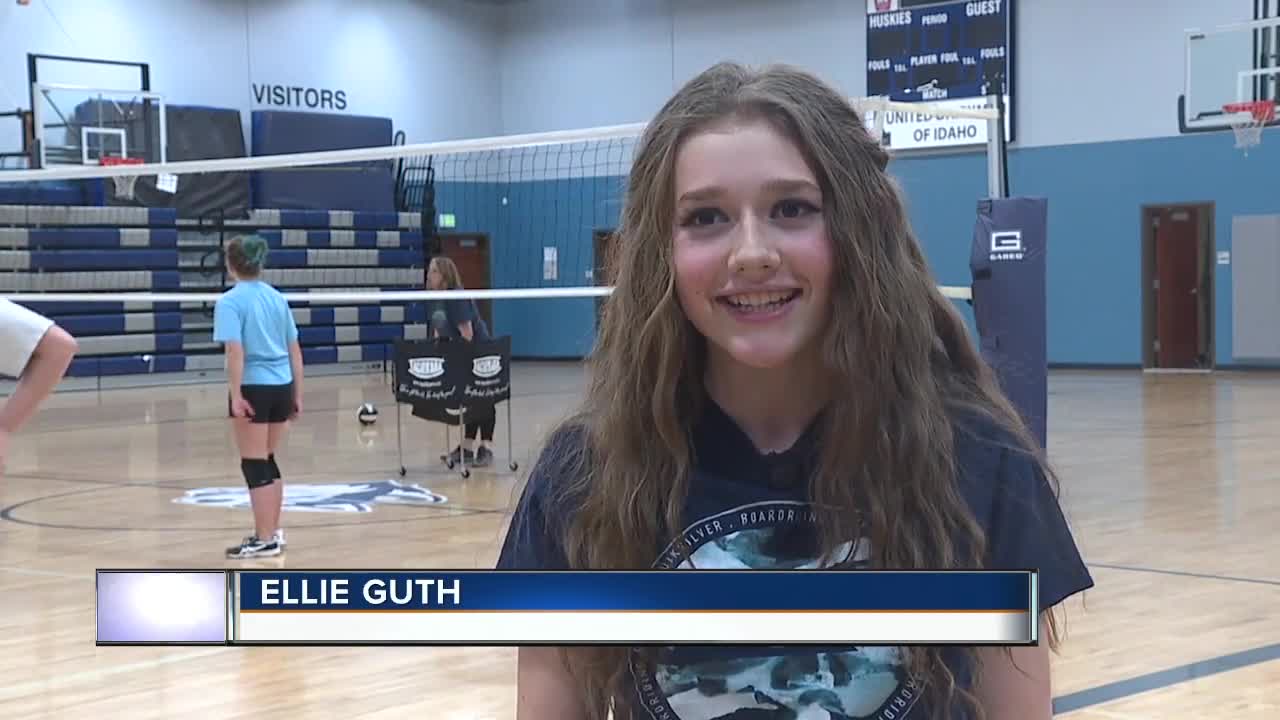 EAGLE, Idaho — A local high school volleyball player is gearing up for a big game this weekend, and with the help of her new prosthetic leg, she’s good to go.

Ellie Guth was born without her fibula, ultimately resulting in the amputation of one of her legs from just above her ankle at 16-months-old. That hasn’t held her back from anything though, now she’s part of a volleyball team preparing for their district tournament this weekend.

Ellie moves quickly and jumps high, making it nearly impossible to recognize that one of her two legs is a prosthetic.

“It does have a stronger foot because I tend to break them a lot during practice and games,” said Ellie Guth, junior volleyball player at North Star Charter School

But not even a broken prosthetic foot stops Ellie from assisting her team.

“If it does break, I’ll usually just play without it,” said Guth.

The only thing getting in her way is the net.

Her coach, Catrice Olson, said she always has a smile on her face during practices and games.

“There are times when she’ll come up to me during a time out, laughing, and say, ‘I feel like my leg’s about to fall off’ and so we all get a good laugh about it,” said Olson.

No sweat for Ellie, who is now a junior at North Star Charter School in Eagle.

“For the most part you don’t even know, I think the very first time that I met Ellie it took me probably half of a practice to even realize that she had a prosthetic leg,” said Olson.

She’s played volleyball for nearly five years, and there isn’t anything soft about this girls serve.