Llama bolts from back of pickup to take relaxing break on interstate, Oregon cops say 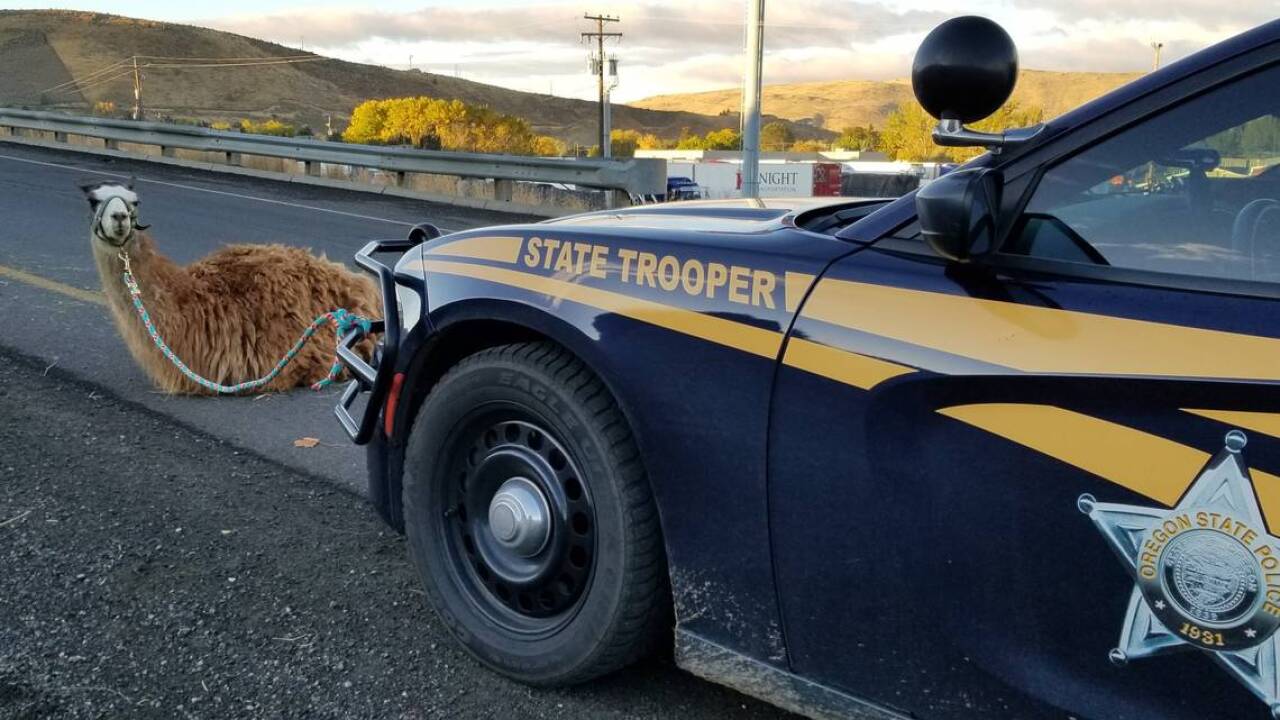 This article was originally published by Maddie Capron in the Idaho Statesman.

A stubborn mama llama sat on an on-ramp and refused to move, Oregon police said.

The owner was hauling three llamas in the bed of his pickup truck on Sunday, heading from Washington to Utah on Interstate 84 when one escaped, Oregon State Police said in a Tuesday post on Facebook.

“The truck had a homemade stock rack that didn’t quite hold the three llamas as well as take an uphill corner,” Oregon State Police said. “Fortunately enough for the llama and myself, the speeds were slow and traffic was minimal.”

The owner kept driving about a mile before realizing the mother llama was missing from the back of the truck. He turned back to pick up the animal, police said. When he stopped the pickup, however, the other two llamas bolted and ran free on the interstate.

“The owner ran back and gave me the rope to hook to mama llama’s harness,” Oregon State Police said. “Mama llama refused to get up as you could see by her displeased facial expression, so I told him that I would llama sit, while he wrangled up the others.”

The llama continued to lounge on the interstate’s on-ramp until she was reloaded into the truck and given medication to “ease her mama llama trauma,” police said.

“Llama wrangling may not be a required skill,” Oregon State Police wrote. “But here in Oregon it sure comes in handy.”