Ahead of a move and expansion, one graduate is finding big success. 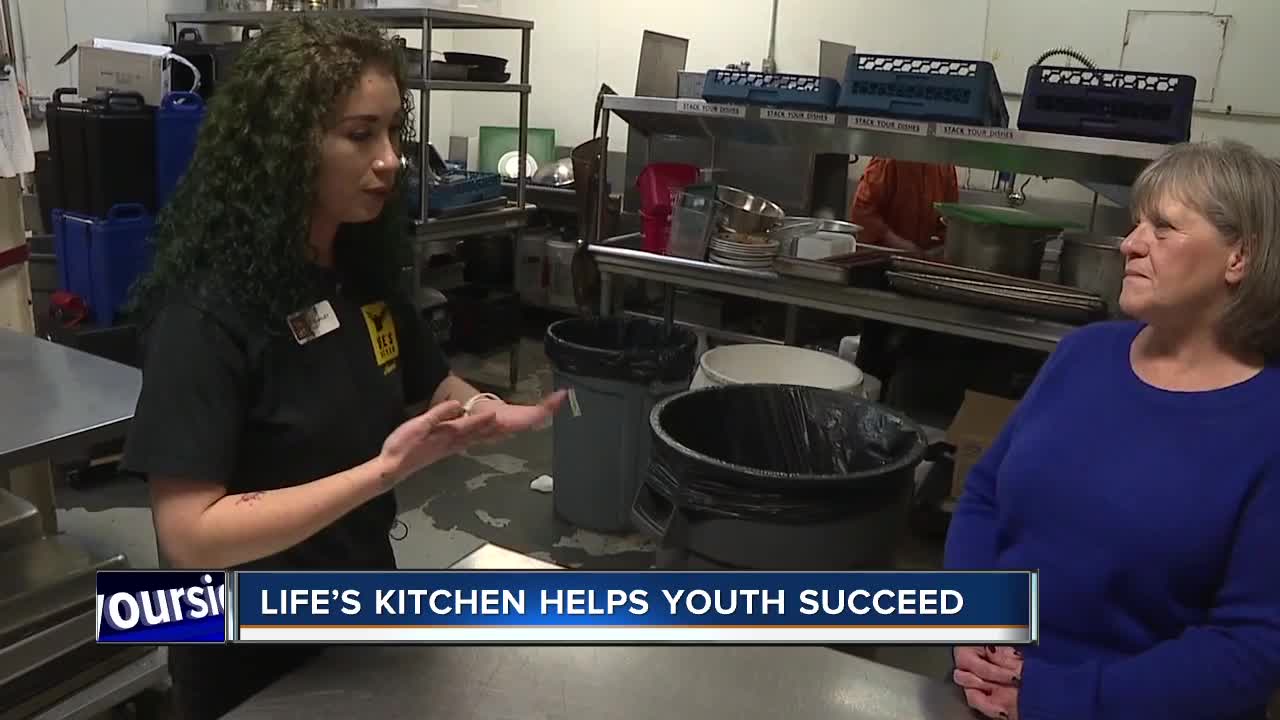 A 16-week program led by a nonprofit in Boise is designed to give 16 to 20-year-olds the skills they need to start their careers. One woman says it gave her the skills and confidence to land an esteemed position at a local grocery store.

BOISE, Idaho — It was a visit to "the old stomping grounds" for 22-year-old Ashley Korn Friday, who graduated from nonprofit Life's Kitchen a couple years ago.

The 16-week program is designed to give 16 to 20-year-olds the skills they need to start their careers. For Korn, she says the program gave her the skills and confidence she needed to later be employed at Albertson's. Now, she says she helps run the wood-fired pizza station at the new location on Broadway Avenue in Boise.

According to a recent report by Measure of America's Social Science Research Council, between 2016 and 2017, Idaho experienced the largest increase in the nation in the share of disconnected young people -- in other words -- young adults who are both out of school and out of a job, with a hike of nearly 25%.

But thanks to Life's Kitchen, Korn came out on the other side of that statistic.

"It was just so empowering knowing that like I have all of these resources, all these people, that are telling me like, you can do it, like, 'Go get it!' And I did, and it was awesome!" said Korn.

She says she didn't always feel as empowered.

"Working on myself didn't feel natural because I was always trying to help someone else."

She says her mom became badly ill some time after her parents divorce.

"And so I had to take care of her, and so I dropped out of high school to do that."

Lost and feeling isolated, Korn says she joined Life's Kitchen's program when she was 20, and here, they helped her study and get her GED.

"And I remember [an executive staff member] Sue just being like, 'Hey can you come into my office?' And I was like, 'Oh crap I'm in trouble,' and I walk in there, and she's like, 'Can you just hold this for me, and it was a piece of paper that said I got my GED! And she took a picture of me going like, 'Ohhh I got it!' Like so funny -- and it was awesome," said Korn.

In this free program, she also got food handling certificates, and learned knife skills, food safety and communication skills.

This-- confidence that would later serve her when she met a chef from Albertson's.

"And he's the one that told me like, 'Hey, we're actually building like this new giant, crazy, Broadway Albertson's, you should apply.' And I was like 'Ok,' and I did. And I actually helped open the store."

"I love just being able to be like, 'Ok, just come with me!' And like show them all the things that I know."

The executive director of Life's Kitchen says Korn's transformation gives her the chills.

"And that is what our goal is: to build confidence and build sustainability for themselves and be able to walk into the community and say, 'I'm okay, and I'm doing okay, and I can keep moving forward," said Tammy Johnson, executive director, Life's Kitchen.

Life's Litchen is renovating the old Marie Callender's building on Fairview and expect it to open in October of 2020. They'll be doubling their space to fit twice as many young adults as they currently hold.

Johnson says they are currently accepting applications for the free program for young adults. To learn more about how to apply, click here.