The anesthetic and abused "party drug" is being called a game changer by Idahoans with suicidal thoughts. The off-label treatment, however, doesn't come without a cost. 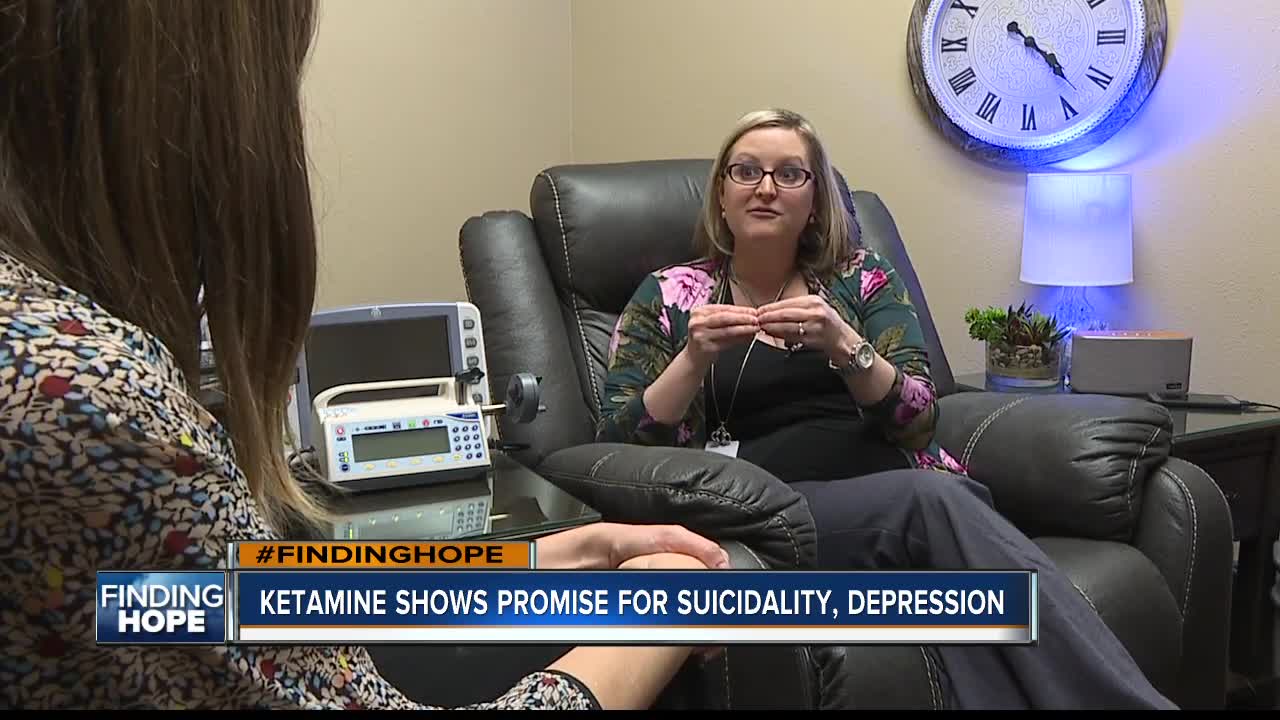 The FDA approved a new medication for treating suicidal ideation. Now, some treatment-resistant Idahoans are turning to ketamine in hopes of finding relief from severe depression.

BOISE, Idaho — In the first major breakthrough for depression since Prozac in 1987, the FDA approved a new medication this month for treating suicidal ideation: a nasal spray using a form of ketamine called esketamine.

Of the 16 million Americans who suffer from depression every day, as many as one quarter of them say no type of treatment works for them.

Now, some treatment-resistant Idahoans are turning to pure ketamine IV injections, the off-label relative of esketamine. At Boise Ketamine Clinic, patients spend more than a couple thousand dollars out-of-pocket in hopes of finding relief from severe depression or suicidal thoughts.

"If you ever watch Austin Powers and the b-roll when it glows--like, disco lights go on and he's kind of dancing around-- that's kind of what it feels like," said Gabriel Martineau, Idahoan suffering from depression.

"[I] was on a roller-coaster with all these different types of antidepressants-- I guess you could say cocktails-- for years."

His prescription-filled agony recently led to what he describes as the lowest point in his life.

Now, since discovering ketamine infusions, he says that hope is restored.

You may have heard of ketamine for its history of abuse as a psychedelic club drug known as "Special K," as an animal tranquilizer, or even as a pain reliever in the '60s used on soldiers in Vietnam.

"It was accidental that we discovered that it actually works in depression." said Dr. Ryan Cole, Idaho physician. "So people would go in for a general surgery, have Ketamine as a treatment or as an anesthesia, they would come out of it, and go, 'Why is my depression gone?'"

"Magical. I went from down here to up here," (motioning). "It was like having a hundred pound weight lifted off your brain. Anxiety? Gone," said Cole.

"So it actually targets a puzzle piece that most research has kind of left to the side, because 'big pharma' has had this magic bullet for years."

The other difference? How quickly he says it works.

"Ketamine has been shown, within an hour of the first administration, to cause neuronal regrowth," said Rice. "So these neurons are actually physically regenerating."

Back then, she says her clinic was only the twelfth to open in the US. Now, there are more than 150 ketamine clinics nationwide.

"This is really just taking off," she said.

She hopes the new FDA-approved nasal spray containing a relative of ketamine will open the door for the otherwise off-label use of ketamine, which she administers in 40-minute sessions through IV.

"Disconnected, floating dream," said Cole. "Where if if you're like on nitrous at the dentist... yeah, take that and multiply it by about a hundred. So you're very dissociated."

But, like any drug, professionals warn it can be dangerous if used on the streets.

Plus, if used unattended, one could run the risk of falling into a "k-hole," where abusers report a frightening feeling of being temporarily paralyzed. At Boise Ketamine Clinic, however, a registered anesthetist supervises.

"I can increase it. I can adjust the dose. I can do whatever I need to ensure it's as pleasant of an experience as possible," said Rice.

But the treatment doesn't come without a price tag. At Boise Ketamine Clinic, infusions are $2,400 for the entire course, and insurances do not cover it since pure ketamine remains off-label.

Still, for Martineau and his family, there was no price too high for what he describes as long-desired relief.

"People should seriously consider this. It has changed my life," said Martineau.

"Saved your life even?" I asked.