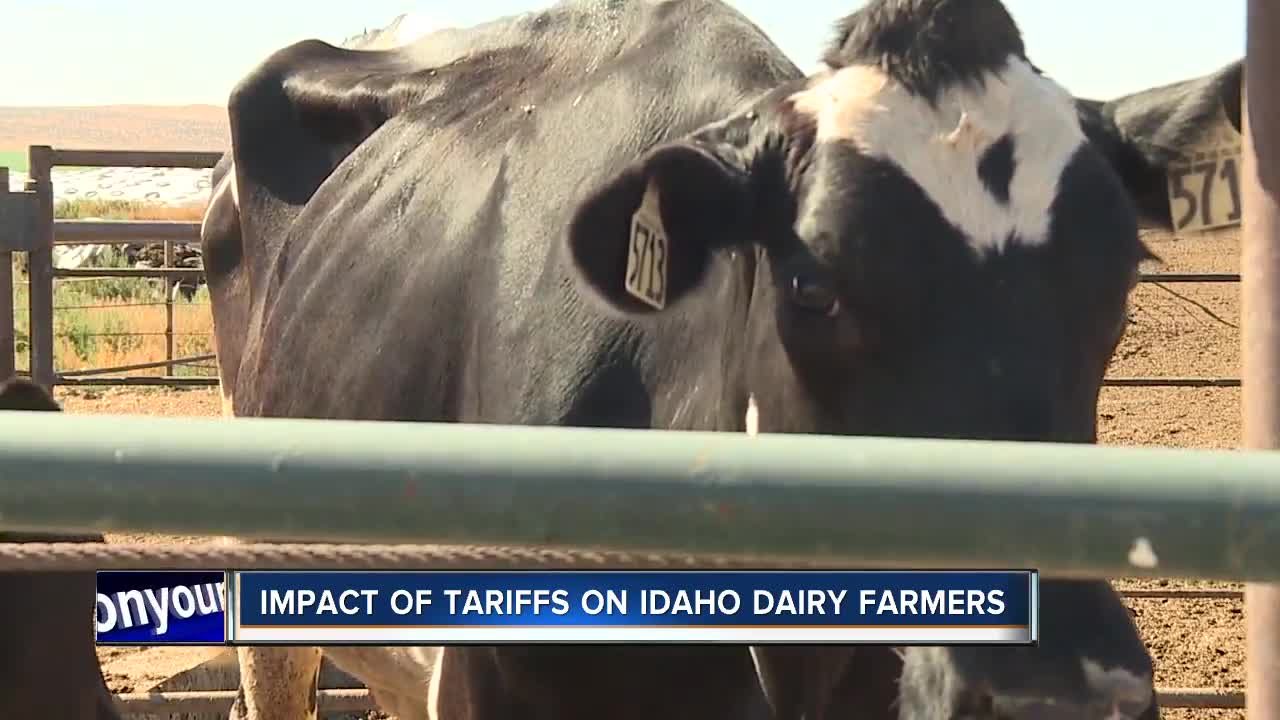 KUNA, Idaho — The dairy industry is struggling in the United States -- especially since the beginning of the U.S. trade war. To help alleviate some of the struggle, the feds announced they would be giving $24 million to Idaho farmers, but those farmers say that money doesn’t even begin to cover what they’ve lost.

The U.S. trade war began after President Trump launched investigations into trading affairs with other countries. Trump said the investigations revealed that China was engaging in unfair trading practices, and because of that, he announced he would be putting tariffs on certain products imported to the U.S. from China.

China retaliated by placing tariffs on items imported to China from the U.S. -- dairy products are one of those items.

Those taking the direct impact, are dairy farmers; including Ted Vander Schaaf, a Kuna dairy farmer who has been running his dairy for twenty years, today.

“The economy is running at a pretty high pace right now. Construction is flying, especially in Southern Idaho here, and you see a lot of guys moving and getting a lot of things done right now. Unfortunately agriculture, we’re like almost in a recession right now, its not been good for a while.”

Vander Schaaf referenced the Great Recession; from that point, the dairy industry, just like everyone else, tried to climb out of the financial mess they were left in.

Then into 2018, the trade war begins, after President Trump launched those investigations into trading affairs with other countries and placed tariffs on Chinese imports, which was followed by the retaliatory tariffs China placed on U.S. imports, including dairy products.

That means the United States has to pay more to export dairy products to China, which means the products are more expensive when they hit the shelves. Because of that, Chinese people buy less of the product, which pushes dairy products back into the U.S., creating a greater supply here.

“We’re exporting 15 percent or so of our national dairy products overseas and so we are impacted by trade wars," said Vander Schaaf.

And it’s not just China, but Mexico as well. The two countries are the largest exporters for dairy.

So from there, the decline in revenue for the dairy industry began. Then recently, to help alleviate those financial losses, the United States Department of Agriculture announced they would be paying $24 million to Idaho farms and dairies.

“It’s only going to make up maybe a half a percent of that shortfall or one percent. I’m still sitting here with 15 percent of a problem, you know, that I don’t know how to make up,” said Vander Schaaf.

Vander Schaaf said he is hopeful that the United States-Mexico-Canada Agreement, once finalized, will create more balanced trade, at least with those countries.