Idaho Waffle Cross brings cyclists together for a good cause 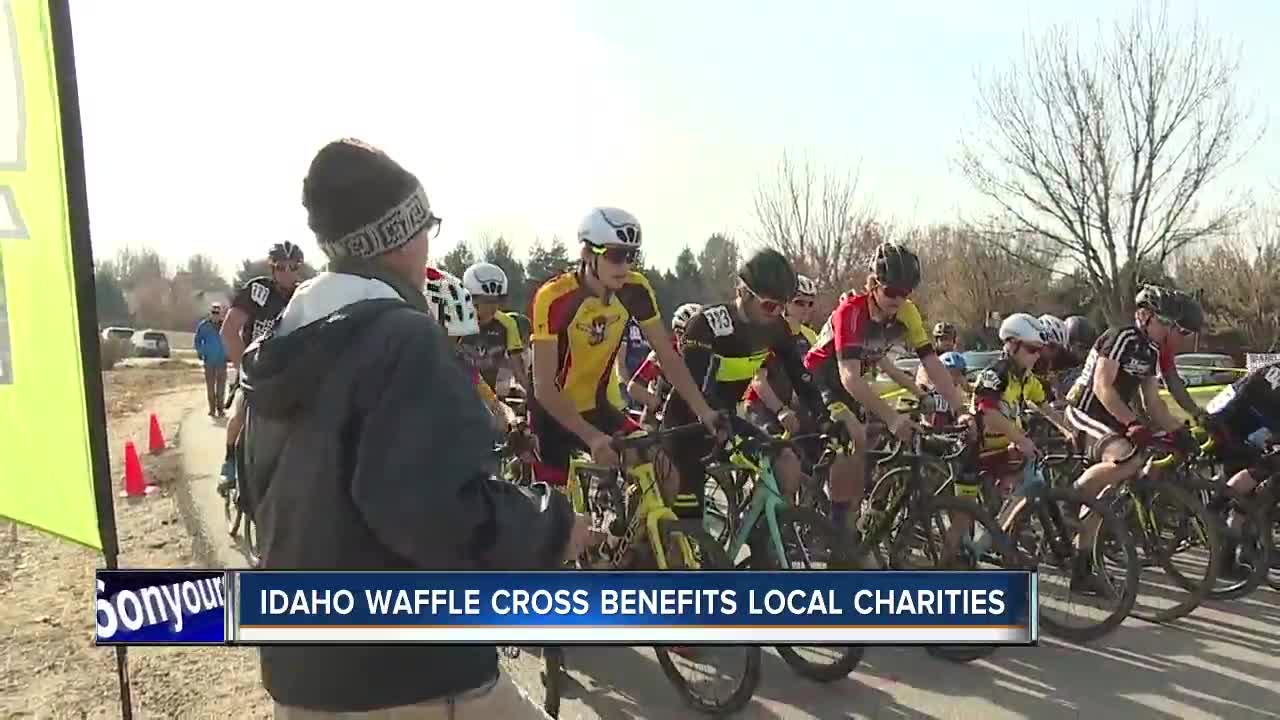 "We do this every fall; the idea is that we can get racers out, get them having a good time, get them out on their bikes," Boise Valley Cycling Association President John Harrel said. "We use it as a fundraiser also. So we pick three local Treasure Valley charities and we sell beer and waffles at our events and the money from beer and waffles goes to those charities."

Each race benefits a different charity. Sunday's event helped out the Idaho Foodbank.

The course was half grass and half dirt with uphill, downhill, and turning.

"The toughest part is probably the barriers," Sawyer Bosch said. "There's about 14-inch wooden planks that you have to get over. You either have to run or bunny-hop your bike over. I bunny-hopped luckily and did not crash!"