The 'Smile Again' giveaway is held once a year by Boise Oral Surgery and Dental Implant Center. 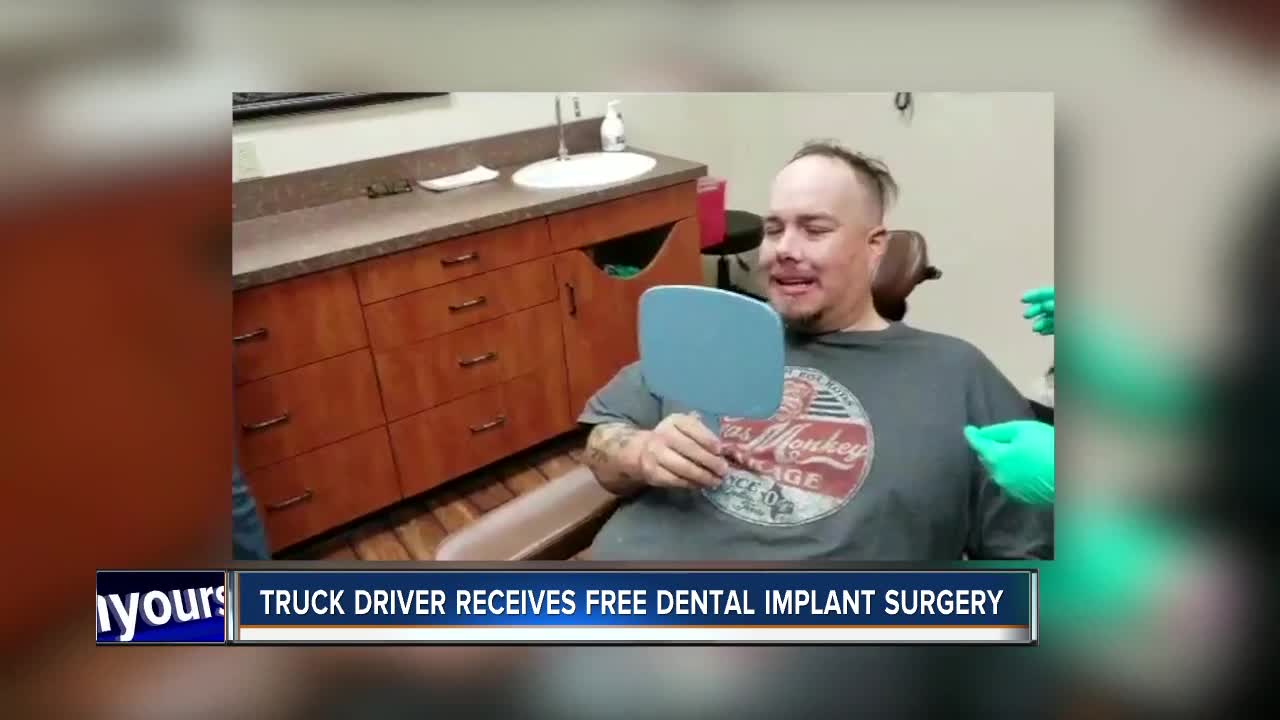 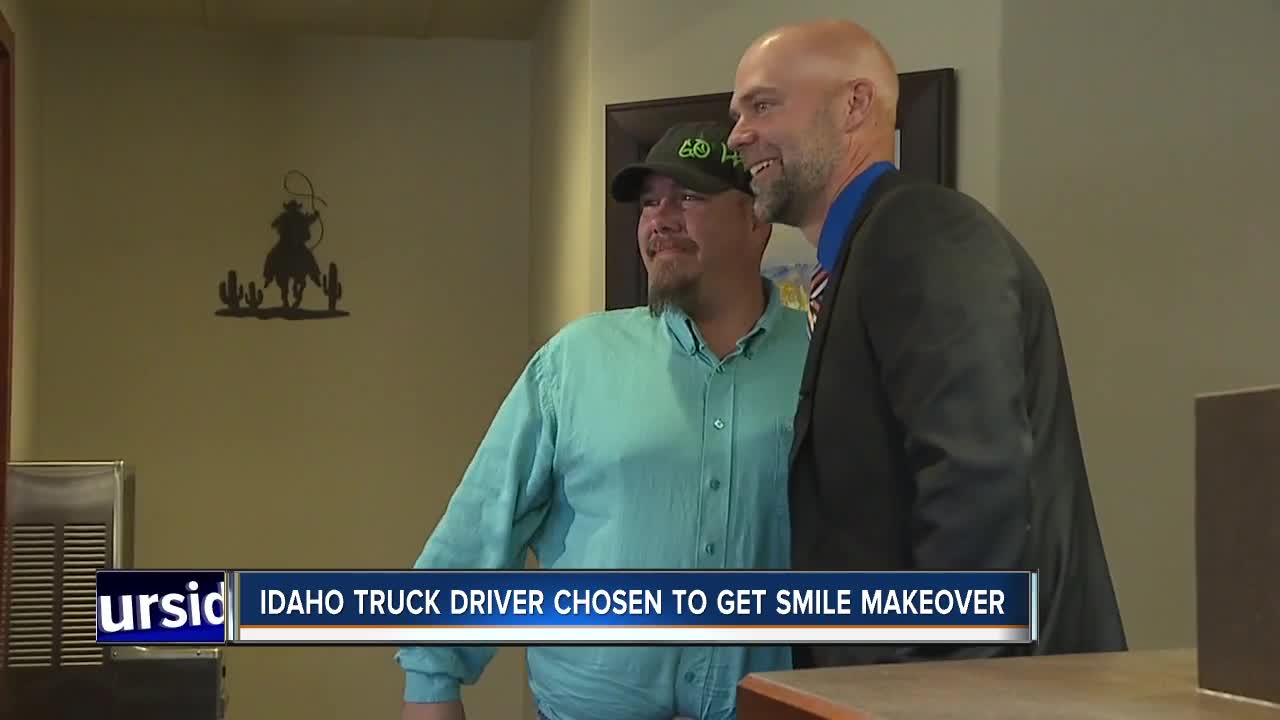 BOISE, Idaho — Last month, 6 On Your Side's Madeline White introduced you to the Treasure Valley truck driver who just found out he'd be getting a free full-smile makeover from a dental implant center in Boise -- an estimated $60,000 value. Now, post-surgery, she caught up with him in Boise:

Chance O'Dell said because he grew up in poverty, a second chance at a new smile is something he never even dreamed he would have.

Then, for the first time last week, O'Dell saw his own smile in the mirror featuring a full set of teeth.

"I was looking at someone completely different in the mirror," said O'Dell.

O'Dell says when he was growing up, his family couldn't afford dental care, so when a tooth acted up, his dad would grab a pair of pliers and pull it.

"It was the easiest and cheapest way to deal with it," said O'Dell.

He said this not only led him to discomfort, but shame.

"I can't smile at anybody, when I talk I gotta kinda, ya know, hide my face," said O'Dell before the surgery.

So when Bobst saw the truck driver's application out of the 500 who applied, he was moved by it.

"I took this one personally," said Bobst. "And when he had a family of his own, he gave everything to his kids, and so he never really had anything for himself."

This led Bobst to choose O'Dell as the giveaway winner. Now, O'Dell is spending his Thanksgiving a little bit differently this year.

"I spent time in the mirror teaching myself how to smile," said O'Dell.

He says he has a lot to be thankful for, like his new ability to enjoy pizza the right way.

"Being able to actually take a bite and see that there was a bite missing, instead of ripping a piece out," said O'Dell.

He also said he is thankful for the confidence he's now gained which he says will help him achieve his dream of getting his trucking business up and running.

"I can walk up and talk to anybody now, where I couldn't before," said O'Dell.

He added that he is thankful for the chance to be an altogether happier husband and father. And -- last but not least -- he's thankful for Bobst, for whom he handmade an office sign reading "thank you" in gold metallic letters.

"You bet," said Bobst. "Take care you guys. Have a good Thanksgiving."

When an Idaho man arrived at an oral surgery center on Monday, he had no idea he would soon learn that his life would change forever.

"The person that we're gonna be helping this year is Chance O'Dell," said Bobst.

This was a moment O'Dell says he did not see coming.

"Every time I ever tried for something I always got denied or kicked down," said O'Dell.

It's the moment he learned he was chosen to receive a full smile restoration-- for free.

"I really appreciate it," said O'Dell to Bobst.

"Happy to do it man, really. I know you've been struggling for a long time," said Bobst.

Growing up, money was tight and circumstances were unforgiving.

"My little brother had health problems. He had adolescent epilepsy, so that's where quite a bit of our money went to," said O'Dell.

After he says a fire ravaged their childhood home, he and his family were homeless and had limited means. So when it came to teeth problems, he says his dad would grab a pair of pliars and pull them.

"Yeah that was the easiest and cheapest way to deal with it," said O'Dell.

This had long-term implications on his confidence. He says he's always wanted to start his own trucking business, but: "People would look and be like, ugh, ya know? I can't smile at anybody when I talk. I gotta kinda, ya know, hide my face. And that's just no way to try and start a business," said O'Dell.

His broken teeth also expose his nerves, making it painful for him to bite into anything.

But today, new hope is on the horizon for a happier life for him and his family.

"Now I think I'll be able to move forward with that and my clientele should be able to build up. And my kids-- they've got a lot better chance at having a good start at life," said O'Dell. "I get to take family pictures with my family and smile... and I know there's other people out there who need it just as bad as me, and if they got it, I would have understood," said O'Dell.

"Yesterday he was sitting there going back and forth, he's like, 'I don't know if I should go in and get my heartbroken,'" said McFeron.

Now, they're glad they did.