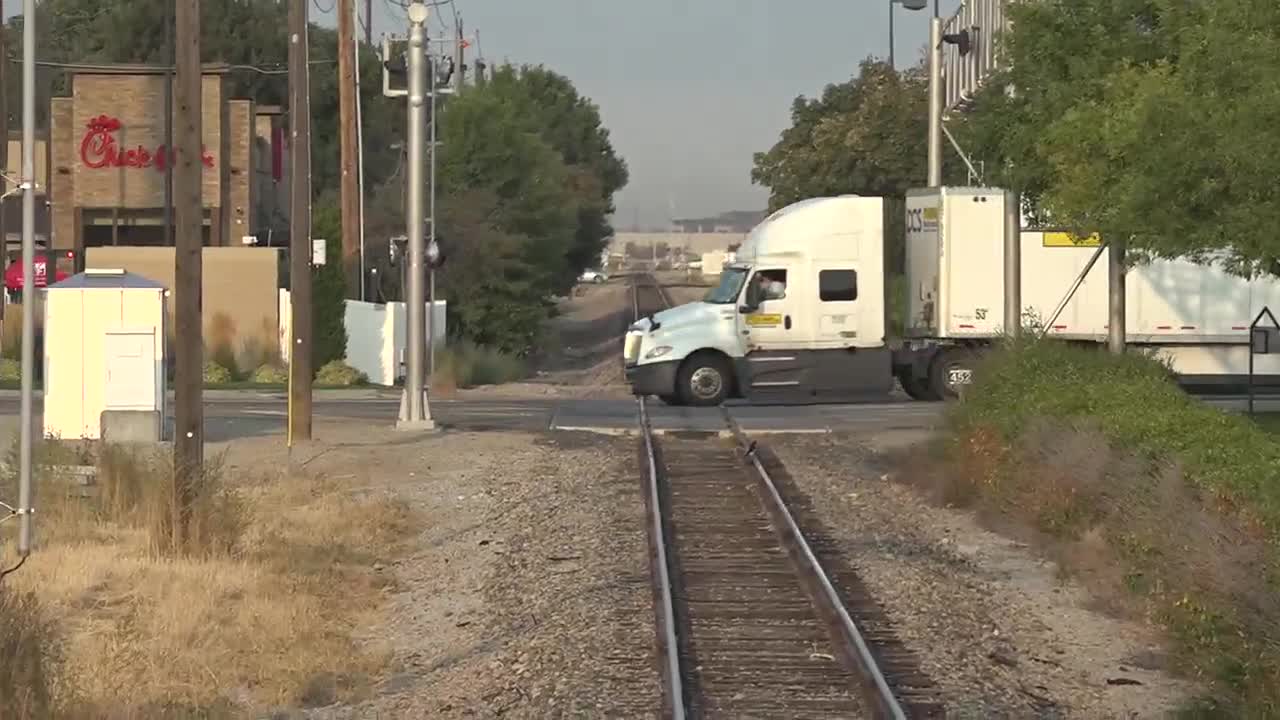 Idaho Operation Lifesaver makes it their mission to eliminate car vs. train accidents through engineering, education and enforcement.

BOISE, Idaho — Idaho Operation Lifesaver makes it their mission to eliminate car vs. train accidents through engineering, education and enforcement.

The enforcement part was on full display in busy railroad crossings in Boise, Meridian and Nampa.

Operation Lifesaver partnered with the Idaho State Police to put an officer on a train who coordinated with other members of the force to give out tickets to people who didn't wait for the train at railroad crossings.

"This is not a sting operation, it is a compliance check," said Tim Johnson of Idaho Operation Lifesaver. "Drivers need to yield to the train, the trains don't have steering wheels, they can't stop, so the motorist has to be safe and stop for the train."

We saw several examples of people not stopping at the railroad crossing on Cole Road and Franklin Street where there is a stop sign, at other crossings, cars went over the tracks instead of waiting for the train.

Idaho State Law states a driver should stop no less than 15-feet before the crossing and not proceed until being able to do so safely.

A driver shouldn't go through the intersection when an approaching train is 1500 feet from the crossing, the train conductor will blow the horn at that mark, so if you are waiting and here the horn, you shouldn't cross.

There have been six accidents and one death in a car versus train accidents, but there have been several other close calls, so the railroad operators reached out to Idaho Operation Lifesaver.

Plus, a car will never win in a scenario where it collides with a train on the tracks.

"The weight ratio is 4000 to one, it's kind of comparing your car running over a pop can," said Johnson "That is what a train can do to your car."

Operation Lifesaver has been an organization working to prevent accidents since 1990.