Idaho is not a "vote by mail" state. 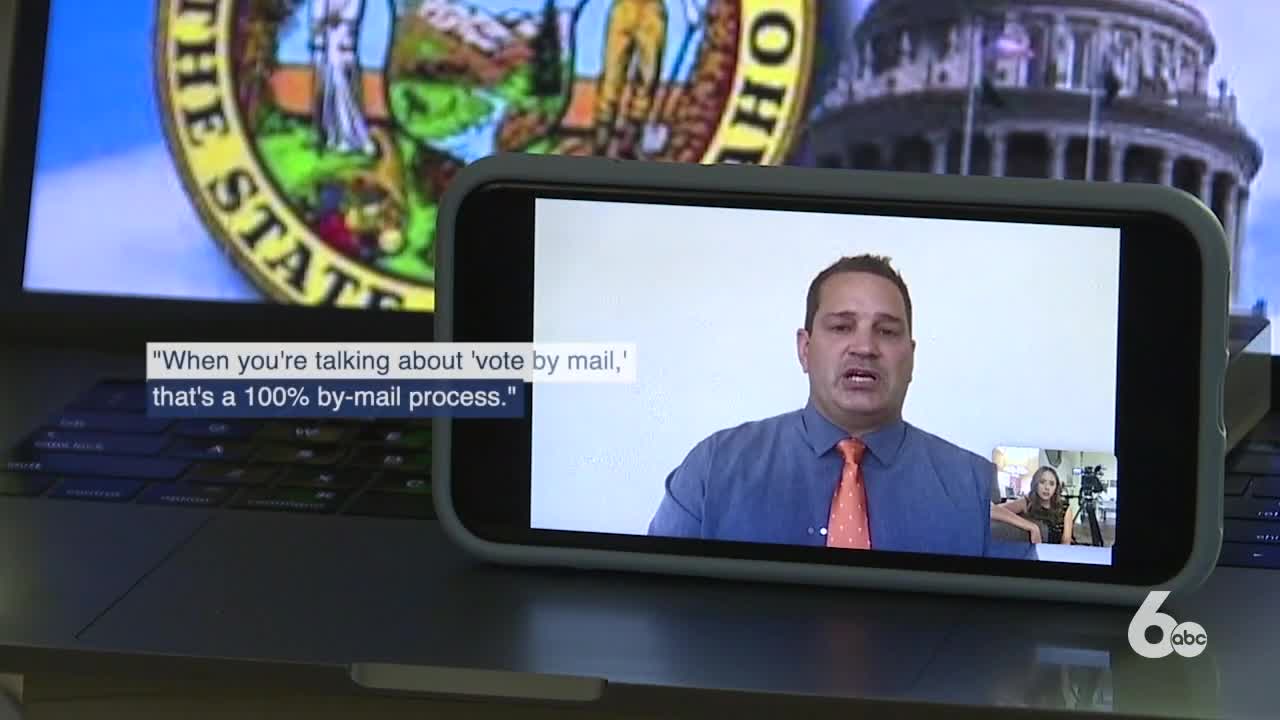 There's a distinction between "vote by mail" and "vote by absentee," according to Idaho election officials.

IDAHO — President Trump said in a tweet Thursday that he feels a "vote by mail" election in November would be susceptible to fraud, and wishes to push back the date of the November election. That’s something he could not do without Congress’ approval.

With Universal Mail-In Voting (not Absentee Voting, which is good), 2020 will be the most INACCURATE & FRAUDULENT Election in history. It will be a great embarrassment to the USA. Delay the Election until people can properly, securely and safely vote???

All four members of Idaho’s congressional delegation tell us they believe the election date will not be pushed back. But two Idaho congressman in particular responded in support of Trump's stated concerns about voter fraud.

Statement from @SenatorRisch on @realDonaldTrump’s suggestion of delaying the election: “By law, the election will be held on November 3rd. There is no pending legislation in Congress to change that.”

"A universal mail-in voting system would greatly increase chances for fraud and inaccuracy in our elections," said Congressman Russ Fulcher, R-Idaho. "This issue underscores why it is important to maintain locally administered elections.”

Congressman Mike Simpson, R-Idaho, also supported the president's claims. He said, “I understand concerns about increased voter fraud… in-person voting is one of the cornerstones in our democracy.”

But are these concerns applicable in Idaho?

While our November 3rd election is currently set to be held both in-person and with absentee ballots, Idaho News 6 spoke with leaders about election security, whether concerns of fraud have merit, and what’s being done to ensure voters have access to safe and secure voting options.

“When you’re talking about 'vote by mail,' that’s a 100% by-mail process. Everybody gets a ballot," said Chad Houck, Chief Deputy Secretary of State.

Idaho doesn’t have "vote by mail" elections -- we have absentee-only elections like we did in May -- but that’s different than "vote by mail," which Ada County Clerk Phil McGrane describes as this: "Whether you ask for it or not, the ballot goes out to you. There are some fears that in those situations people can take advantage of that opportunity, knowing that the ballots are going to show up, and try to interfere with the election. Whether that actually happens, I’m not so confident," said McGrane.

Houck says, when it comes to fraud, Idahoans have nothing to worry about if they vote by absentee ballot in this November election.

"Idaho does not 'vote by mail,' we vote by absentee. And in Idaho, when you vote by absentee, there are several security processes and procedures in place both on the request itself for the ballot, and on the ballot when that ballot’s returned.”

McGrane confirmed this on behalf of Ada County's precincts.

"We do have safeguards in place to make sure we can confirm that whoever sends us their ballot, we’re verifying their signatures, or we’re reaching out to voters if we see any issues so we can prevent fraud," said McGrane.

Despite the May Primary’s election being absentee-only, Idaho experienced record turnout.

“Idaho saw its highest turnout in terms of total voters ever in our last primary where we did it all via the mail," said McGrane. "In terms of percentage,1980 was the last time we saw similar turnout.”

And although in-person polling places will be open in the Gem State this November, officials are urging voters to request absentee ballots.

"We are advocating for people, especially those who feel they might be more at risk for COVID, to utilize that absentee option," said Houck.

Coming up next week on Idaho News 6, we’ll continue to dive into the must-know details on public safety and election integrity of Idaho’s November vote, which at this point, is only about three months away. Stay tuned.