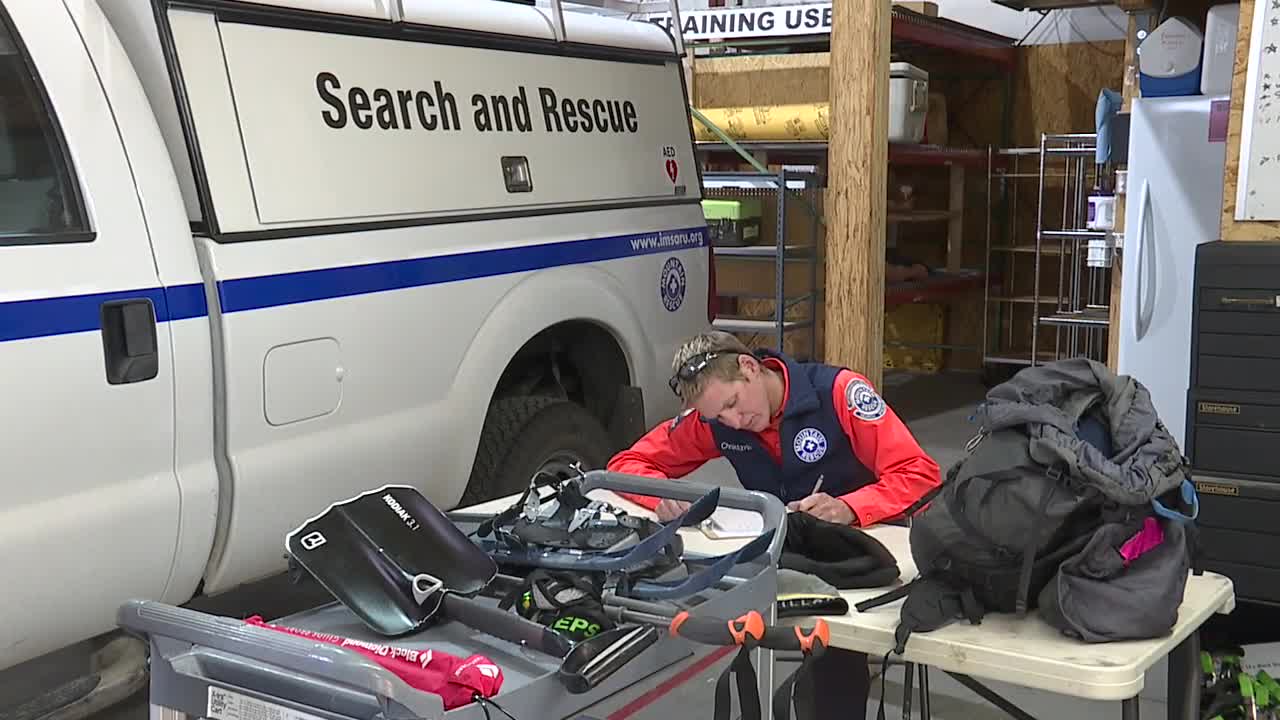 Over the next week and a half the forecast calls for the mountains of Idaho to get pummeled with snow which means exciting news for recreationalists, but it also means people need to have a plan and be safe when they head into the Idaho backcountry.

BOISE, Idaho — Over the next week and a half the forecast calls for the mountains of Idaho to get pummeled with snow which means exciting news for outdoor enthusiasts, but it also means people need to have a plan and be safe when they travel into the Idaho backcountry.

The Idaho Mountain Search & Rescue unit is a non-profit organization made up of volunteers who will go into the wilderness to look for missing people.

However, we want to prevent that from happening so we teamed up with the organizations search and rescue coordinator to give you the tools you need before recreating in the mountains.

Christopher Weltner showed us what he carries in his backpack, in the top compartment he had his first aid kit, a navigational device and communication equipment which could be a cell phone, a satellite phone or a radio.

"In my case it is a two way radio and I also carry a GPS," said Weltner. "The technology has improved over the years but it can still be difficult to call for help in the Idaho backcountry and that is why it is so important to tell someone where you are going or leave a note at a trailhead, a note doesn't have batteries that might die."

Weltner also had gear to stay warm,he said dressing in layers is one of the keys and that people should at least have a base layer, an insulated mid-layer and a waterproof layer. He also had a bivy cover, bivy sack and told us if he plans on being outside all day he will also bring a sleeping bag.

People also need to be aware of avalanches and anytime the slope is more than 30 degrees there is an avalanche danger especially with the snow that is in the forecast through next week.

One thing Weltner also wants to remind people when they go out backcountry skiing, or snowshoeing or snowmobiling is to make sure they drink water, not only does it keep you hydrated but it also keeps the blood circulating which helps prevent a person's core temperature from dropping into dangerous levels.