Man holds American flag to honor veterans on I-84 overpass 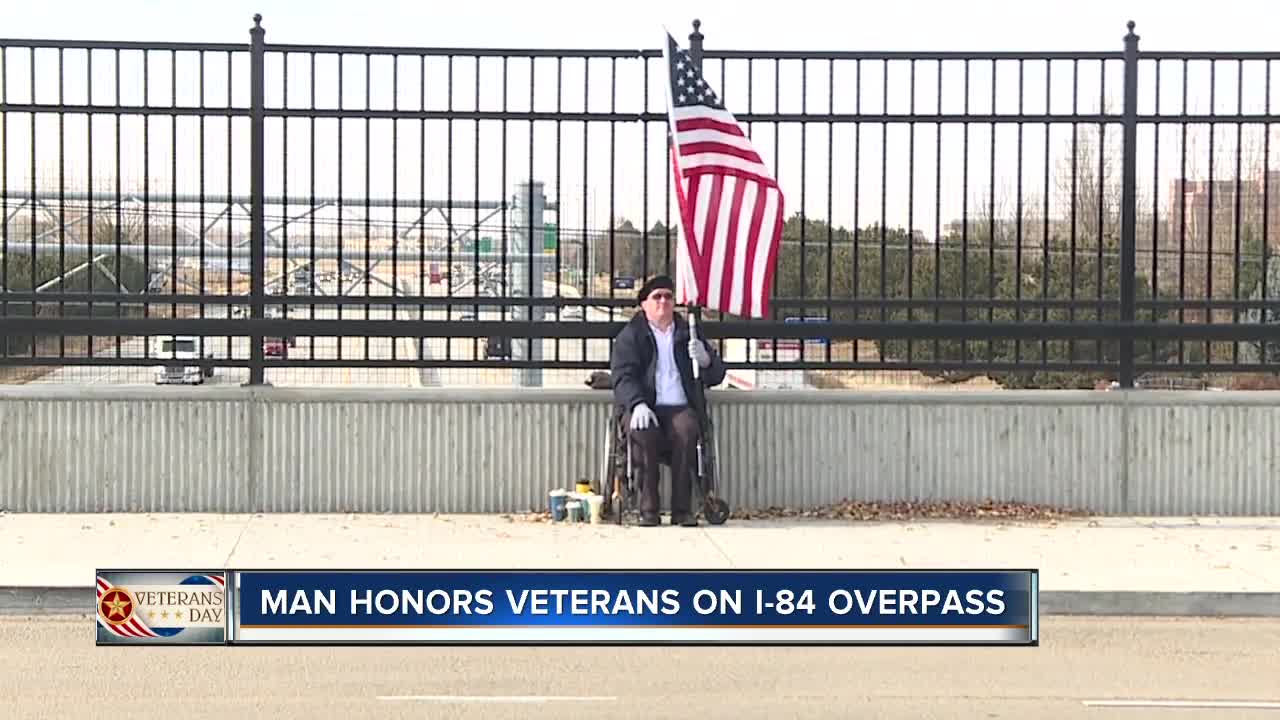 A man held an American flag on an I-84 overpass Monday to honor veterans who have served. 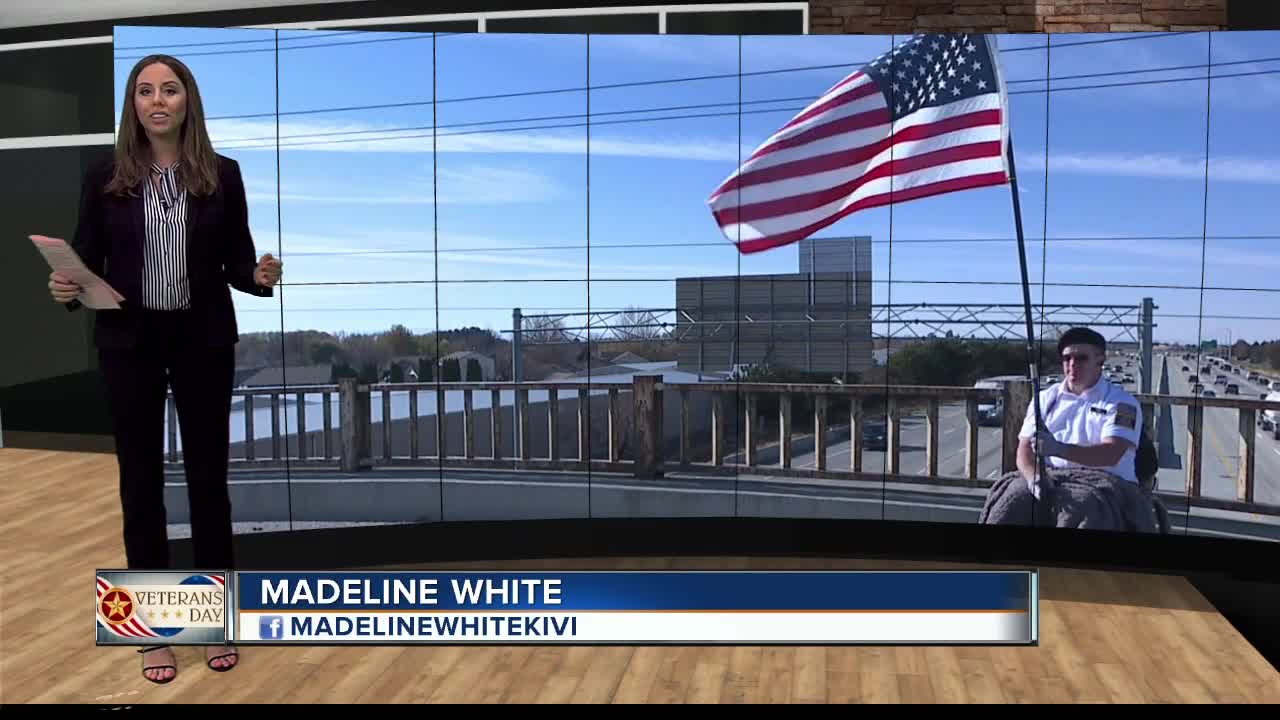 Every Veteran's Day, 9/11, and Memorial's Day, you'll see a man on the Cloverdale overpass waving an American Flag. That man is Idaho civilian Robert.

He arrived Sunday morning, flag in hand, to the Cloverdale overpass on Interstate 84-- the same site where three mountain home airmen died in a fiery car crash this past June.

His dedication is inspiring locals to help his cause. One 17-year-old high school student, Grace Baker, brought him coffee after her parents spotted him on the overpass.

"They called me from my house and they were like, okay, bring him some coffee, like, make sure that you, like, say that you appreciate him. Because we have family that's in the armed forces so we thought that it was kind of a respect thing," said Baker.

He said he appreciated the hot coffee on this chilly day. He also said he feels it is his duty to honor those who served our country, and to remind civilians of the sacrifices our nation's veterans have made.

He plans to remain on the overpass-- flag in hand-- until sunset Sunday.