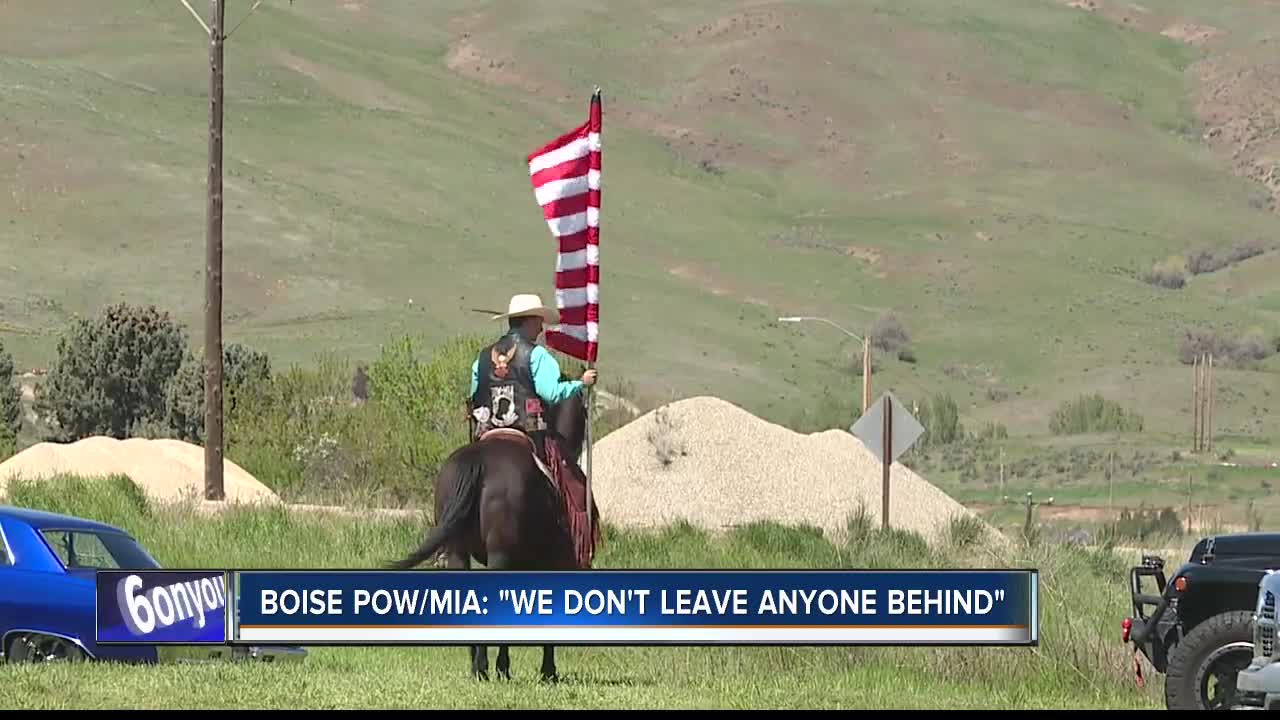 SWEET — Hundreds of motorcycles rolled through the hills of Idaho as part of the largest fundraiser of the year for the Boise Valley POW/MIA corporation that aims to bring home service members who remain missing.

Governor Brad Little declared April 28th as POW/MIA recognition day in Idaho and the national chairman of the board came all the way from Washington D.C. for this event because the support from Idaho has been crucial in the National League of POW/MIA Families mission.

"The league would have literally had to close its doors year ago, but you all pulled us through," said Ann Mills Griffiths. "These are the most patriotic, pro military pro American people that you can find anywhere."

1,1589 Vietnam veterans are still missing including eight from the state of Idaho and the Gem State is one of a few states in the country that flies the POW/MIA flag at its government buildings.

"When you see that flag remember our Idaho eight and remember the missing families do not have answers yet," said Ralph Kramer of the Boise Valley POW/MIA corporation. "That is what all the money goes towards we are worried for the families."

Nobody knows that better than Griffiths who lost her brother Commander James B. Mills when his plane went down in a low flying bombing mission in Vietnam back 1966, Griffiths was notified in 2018 that the remains of her brother were found and she will bury Commander Mills in Arlington National Cemetery later this summer.

"Never in all these years that I've been working did we ever think we would get my brother," said Griffiths. "That was really a wonderful shock."