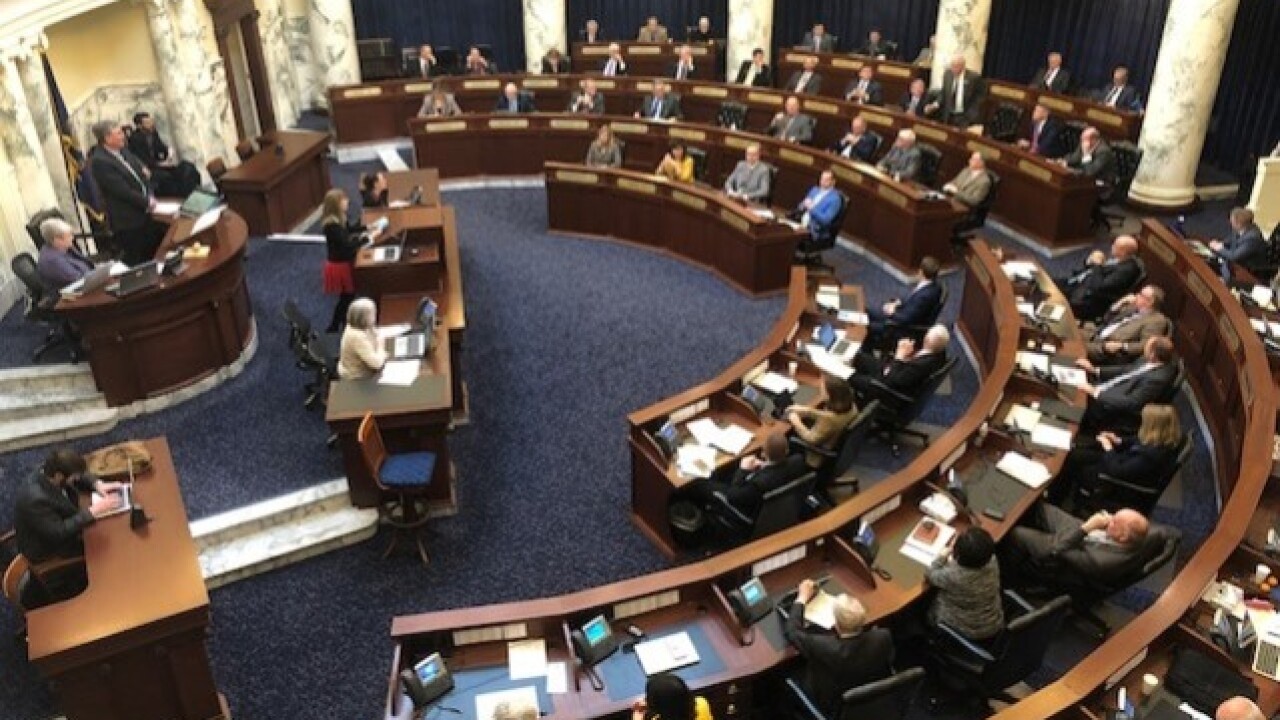 She can't let it go.

Three weeks after her domestic violence bill failed on a 39-31 vote, Rep. Melissa Wintrow, D-Boise, still wakes up at night wondering what she could have done differently.

"I was devastated," Wintrow said. "I thought I had the votes."

Wintrow collapsed a day after the House debate, too ill to leave home. She missed the next several days as well.

She's not alone. Several other lawmakers took emotional beatings after pouring their hearts into bills that failed to advance during the 2018 session. Long after the Legislature adjourns for the year, they'll still be obsessing over what happened, trying to figure out where things went wrong.

"It was a battle," said House Assistant Majority Leader Brent Crane, R-Nampa. "I told my wife I feel like I aged this year."

Crane's Waterloo came early in the session, when his effort to combat human sex trafficking died in committee.

The bill targeted those who finance such activity by making it a first-time felony to solicit prostitutes. Several young women who escaped from trafficking rings testified in favor of the legislation during a Feb. 1 hearing.

"On an average day, I'd see five johns," said one girl, who went by the initials B.D. "I was being raped multiple times every day. ... The johns are just as dangerous as the traffickers. Please make sure they pay for buying me."

Committee members generally favored the measure, but questioned why prosecutors don't use existing statutes to charge buyers with misdemeanors. They declined to advance the bill until more information was available.

Eight weeks later, Crane still chokes up talking about it.

"I've lost more sleep over that particular issue than all other issues I've worked on combined," he said Tuesday. "I respect the committee process, but to me this is modern-day slavery. When you understand what these young people are going through, what it took for them to come to this body asking for help -- when you don't succeed, it's hard. This is a weight I'm going to carry until I'm able to get something done."

Getting any policy change through the Legislature takes effort, but the issues lawmakers lose sleep over typically involve some kind of social injustice. The bills "have a moral aspect that strikes at the core of who we are and reflects our most basic values," Crane said.

Rep. Ilana Rubel, D-Boise, described such bills as "passion projects." Unlike popular tax cuts or legislation that benefits powerful lobbying groups, they're unlikely to impress voters. Instead, they're aimed at helping marginalized and politically insignificant segments of society.

An example of that was the measure she and Rep. Christy Perry, R-Nampa, sponsored this year that would give judges some limited discretion in reducing mandatory minimum prison sentences for illegal drug users.

Rubel, who is an attorney, started working on the issue after hearing about it from judges.

"They raised (mandatory minimums) as the No. 1 source of injustice in Idaho's criminal justice system," she said. "When I began meeting with families, I was shocked. We have 18- and 19-year-olds who are getting sentenced to 10 years in prison, often against the wishes of the judge, based solely on the amount of drugs in their possession. Clearly, lives are being ruined."

After extensive committee hearings and a contentious, 90-minute floor debate, the House approved the measure 46-20. However, it died in the Senate Judiciary and Rules Committee without receiving a vote.

During an abbreviated informational hearing, prosecutors and law enforcement officials -- who vehemently opposed the bill -- were allowed 40 minutes to testify, while family members were cut off after 18 minutes.

"This is insane," said the grandmother of one convicted addict. "To put someone away for 10 years without any proof (that they were actually trafficking in illegal drugs)? What other crime allows that?"

Wintrow's domestic violence bill came about after two young women approached her seeking to help other abuse victims. Their father shot and killed their mother -- in front of one of the girls -- after he was allowed to plead down a felony domestic abuse charge to a misdemeanor.

Wintrow's solution was to mandate a "cooling off" period. Her bill would have prohibited anyone convicted of misdemeanor domestic assault from owning, possessing or purchasing firearms for a period of two years. The intent was to reduce murder rates by temporarily restricting access to weapons by people who have already shown a propensity for violence.

"We need to stand for families and for the women and children who are being murdered," she said in her opening floor debate. "I've never believed more strongly in anything, and I've never been more nervous in presenting a bill -- because there's a lot at stake."

Wintrow noted nearly a quarter of law enforcement fatalities occur on domestic violence calls, while more than half of all female homicides are committed by an intimate partner.

Opponents complimented her for taking on this issue, but cited constitutional concerns with the bill. She suspects some also caved to the gun lobby.

"The outcome had less to do with the content of the bill than with the fear of what would happen if they voted for it," Wintrow said. "It was heartbreaking. I felt like I let people down. For the victims of domestic abuse, this was one more time when their voices were discredited."

Like Crane and Rubel, Wintrow will replay the defeat in her mind for the next several months. Then, if re-elected, she plans to come back with an even better bill and do battle again next year.