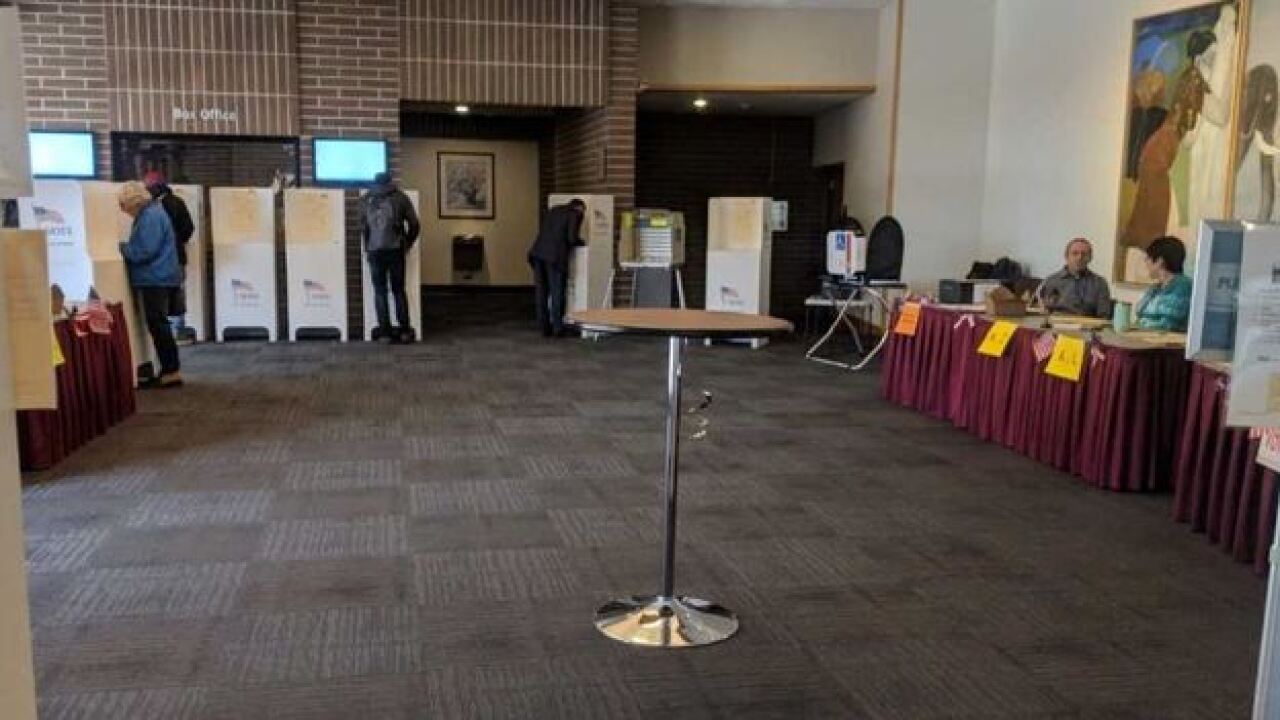 Copyright 2018 Scripps Media, Inc. All rights reserved. This material may not be published, broadcast, rewritten, or redistributed.
Kate Kloppenburg

Early voting in Idaho for today’s contests have already surpassed that of the last two midterm election cycles, officials said.

The Idaho State Journal reports the state recorded 153,781 absentee and early in-person votes as of Monday morning -- and there's another 14,825 absentee ballots that haven't yet been returned.

This year's early voter number could even surpass the 2012 presidential election cycle, which netted 164,374 people who voted absentee.

However, the 2018 election numbers pale in comparison to the 2016 presidential election cycle. The state recorded 202,732 absentee votes two years ago.

Polls opened at 8 a.m. Tuesday across the state, as Idaho voters line up to cast ballots on several federal, statewide -- and local races ranging from Congress to city council.

That includes the governor's race, where Lt. Gov. Brad Little, a Republican, is vying against Democratic former lawmaker Paulette Jordan.

The winner could find themselves working with someone from the opposite party in the lieutenant governor's seat -- where Democratic Army veteran Kristin Collum is facing Republican former lawmaker Janice McGeachin.

No matter who is victorious, the winner will be Idaho's first female lieutenant governor.

The polls will remain open until 8 p.m.

To find a polling place, residents can visit the Idaho Secretary of State's website, idahovotes.gov.