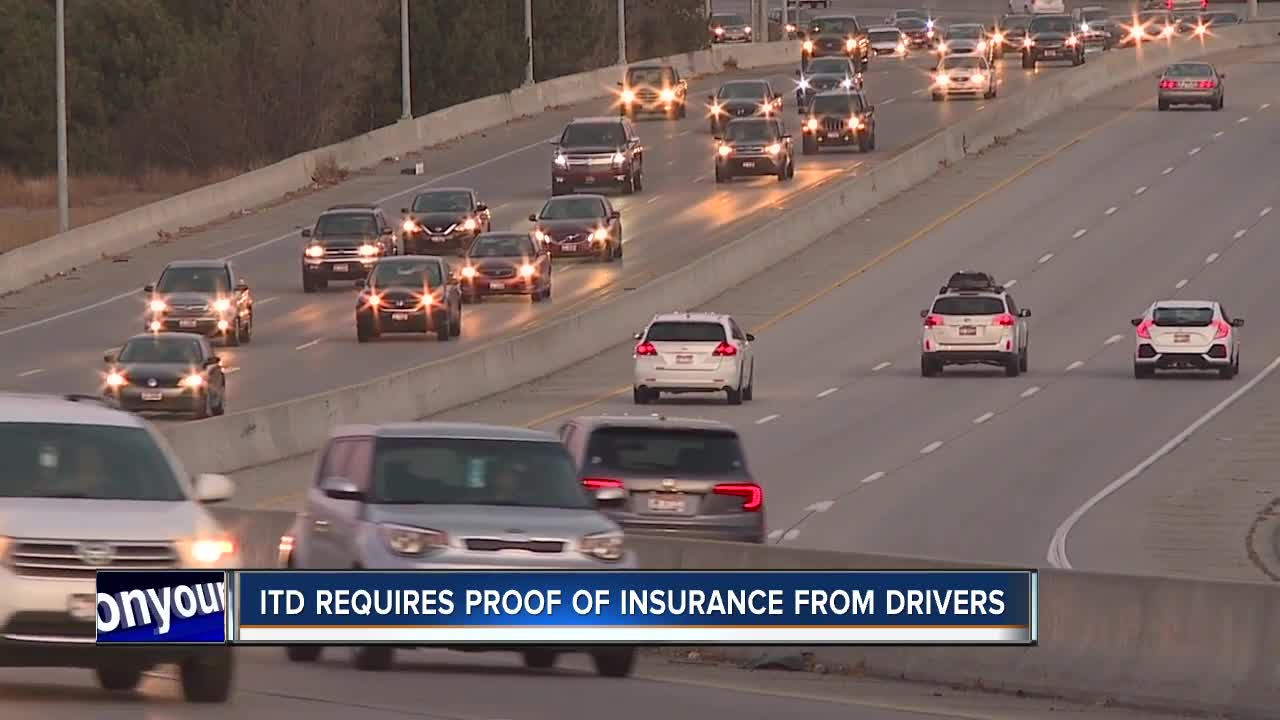 Idaho drivers must provide proof of insurance to DMV

BOISE, Idaho — Attention Idaho drivers of non-commercial vehicles: you’ll soon have to provide proof of insurance to the DMV in order to legally drive on Idaho roads.

It’s a new law and it takes effect on January 1, 2020, requiring all Idaho drivers of non-commercial vehicles to provide proof of insurance, or obtain an exemption, in order to avoid a registration suspension and a $75 fine.

“There’s a database we can check and we figure out of the 1.2 or so million drivers, we have upwards of around a couple hundred thousand people that, at least don’t show up in our system as having insurance,” said Vincent Trimboli, Communications Manager for ITD.

ITD currently has a system of over 100 insurance companies reporting to Idaho in order to verify a driver’s insurance. So, how do you know if you’re one of those couple hundred thousand people not showing up as insured in their system?

“We are gonna start, within the next week, sending people letters to say hey look, you need to show us that you have insurance,” said Trimboli.

From there, you can head to itd.idaho.gov/driveidaho . On that website are forms to fill out either providing that proof of insurance, or letting ITD know the vehicle is not currently in use. Those forms should then be emailed, mailed, or faxed to ITD.

And if you’re a driver who does not currently have insurance, ITD is giving you January and February to obtain it. From there, you’ll have 30 days to provide your proof of insurance before your vehicle registration is suspended.

And if your vehicle registration does get suspended due to failure to provide proof of insurance, it will cost you $75 to reinstate it.