Ice sculpture in McCall vandalized during the winter carnival 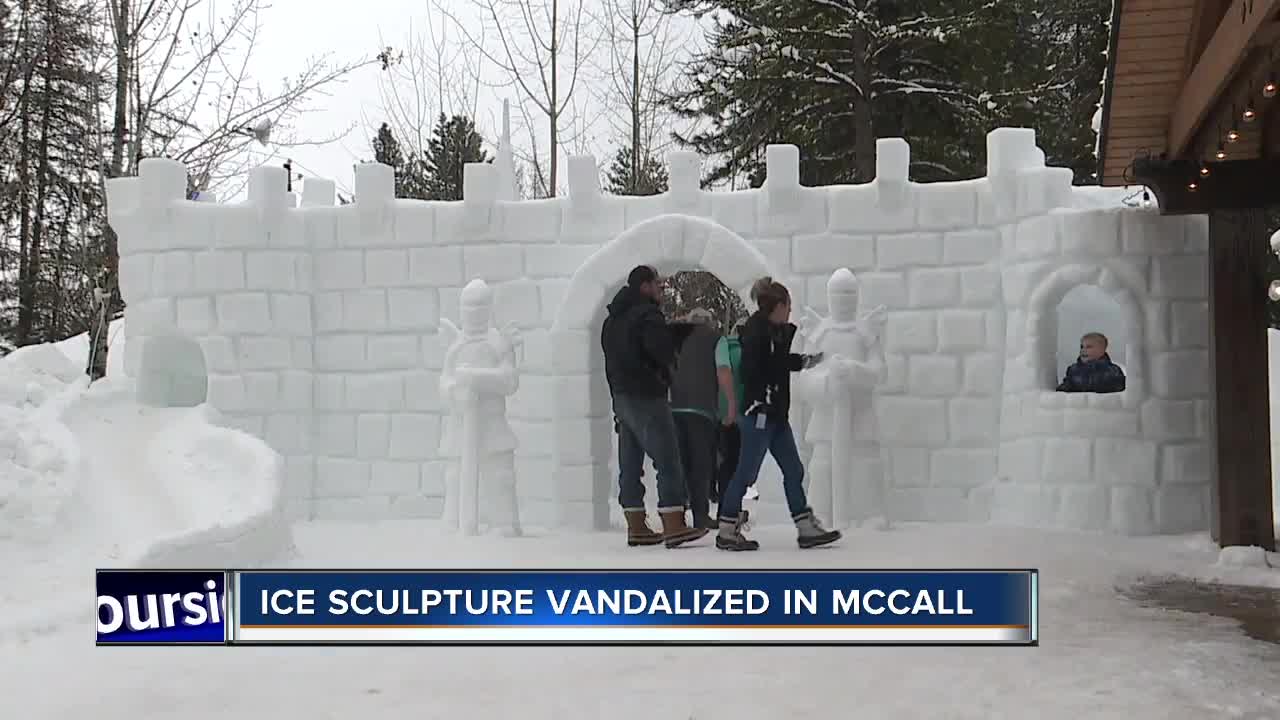 Ruby's Kitchen won second place for the best sculpture after putting together an ice castle that was a big hit on opening weekend.

"We have about 300 man hours into it and we start ten days before the carnival," said John Schulz who spearheaded the effort of building the castle.

However, on Sunday night people punched and kicked holes in the castle wall and the owner of Ruby's Kitchen told us there were urine stains on the wall and dog poop left on the ground near the sculpture.

It was the second time in three years that Ruby's ice sculpture was vandalized and it forced them to take down the castle walls.

"To have people kick it in and blow holes through it to make it unsafe, that was heartbreaking," said Schulz.

Schulz, Ruby's Kitchen and the McCall Chamber of Commerce & Business Bureau all told us they don't want this to define the winter carnival and they invite people to come out for the second weekend of the festivities,

This event was organized to drive the economy in McCall and it generates millions of dollars according to the Chamber of Commerce.

"That was the intention of the Payette Winter Games to bring commerce during the middle of winter and try to capitalize on recreation and our beauty," said Lindsey Harris the director at the Chamber of Commerce.

Here is a link to the McCall Winter Carnival website which features the events that will take place this weekend.