Canyon County Jail continues to remain over-capacity for inmates. Now, knowingly high-risk suspects are being released into the community. 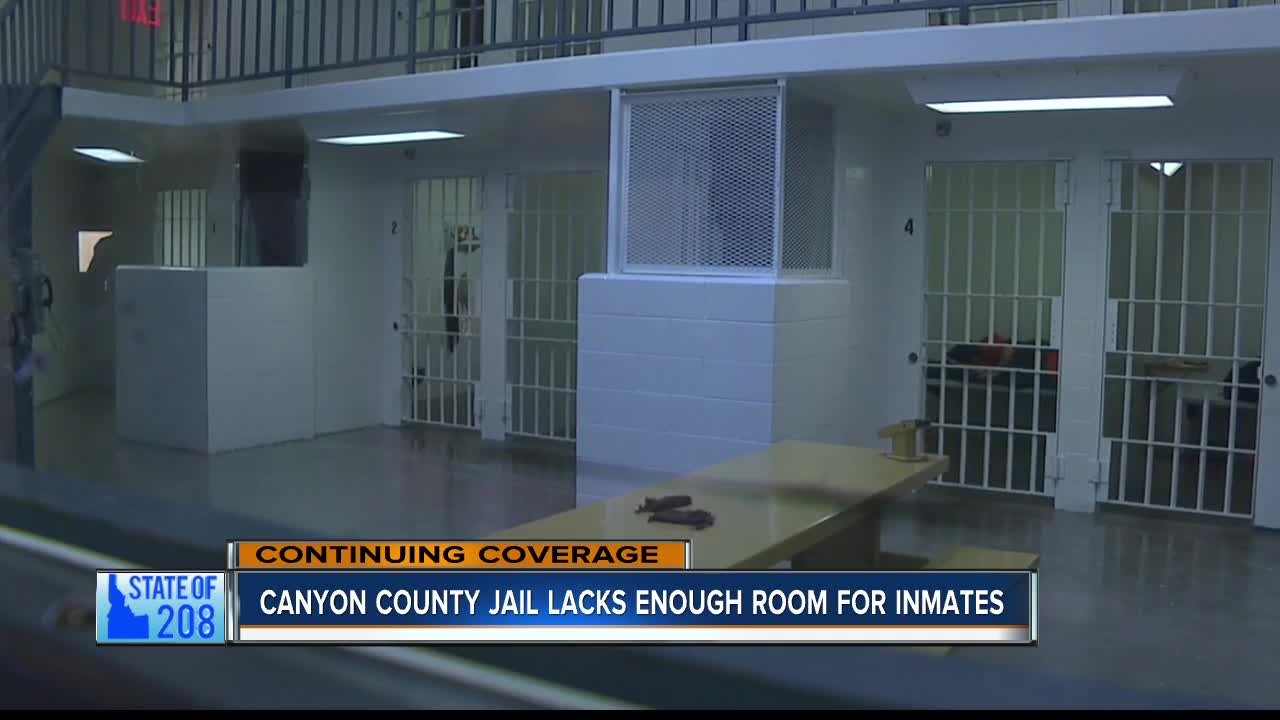 Canyon County Jail continues to remain over-capacity for inmates. Now, knowingly high-risk suspects are being released into the community.

CANYON COUNTY, Idaho — As Canyon County's population grows, so does the crime in its communities. But as Canyon County Sheriffs tell 6 On Your Side, there is simply not enough room to house the amount of inmates the jail currently receives.

Jail staff currently work daily with prosecutors, defenders, and judiciary to identify inmates who can be released early to make room for new inmates-- meaning dangerous individuals are sometimes knowingly released into society.

"We've had up to and including homicide occur while a person was out on pre-trial release," said Capt. Daren Ward, Canyon County Sheriff.

According to a fact sheet recently released by Canyon County Commissioners and the Sheriff's office, the majority of the 700 men and women currently on pre-trial release in Canyon County "do not meet the objective risk assessment for pre-trial release and should be incarcerated--" which they claim is contributing to higher crime rates in the county.

"There are a percentage of people that do need to be in a jail."

Canyon county jail was built for 477 inmates back when there was a a population of more than 90,000. Since then, there has been a 141 percent population increase. According to authorities, there is no room for that increase, so local judges are easing their rulings.

"Judiciary all knows we're above where our capacity is at, so the judiciary is more lenient in giving people time to get out of jail," said Ward. "The lack of jail space is forcing us to recommend to our judiciary, 'People need to go, we cannot keep them here.' So, public safety is always at risk when we're not able to keep them here in jail."

No wonder then for the recent crime increase in Canyon County.

"You're not being held accountable, and then if you are arrested again, chances are you're going back out again," said Kieran Donahue, Canyon County Sheriff. "We had one individual who was arrested three times on felony possession of methamphetamine. It was only on third time, the judge goes, 'Ya know what? I've let you out the last two times-- we're probably gonna keep you outside for this time.'"

This is presenting a public safety issue for the community, according to authorities.

"Someone who just robbed your house-- what do we do with that person? Do I give them a ticket and say, 'Hey, show up to court in two weeks?' You are a victim, and the victim needs to have some sort of assurance that I'm not going to get robbed again tomorrow."

In May, the jail will ask for Canyon County taxpayers' help in the form of a $187 million jail bond to build larger facilities. At a cost to Canyon County property owners of $100,000 of taxable value-- or approximately $94 dollars a year-- the bond would provide a new jail facility of more than a thousand beds to serve projected needs over the next 30 years or more.