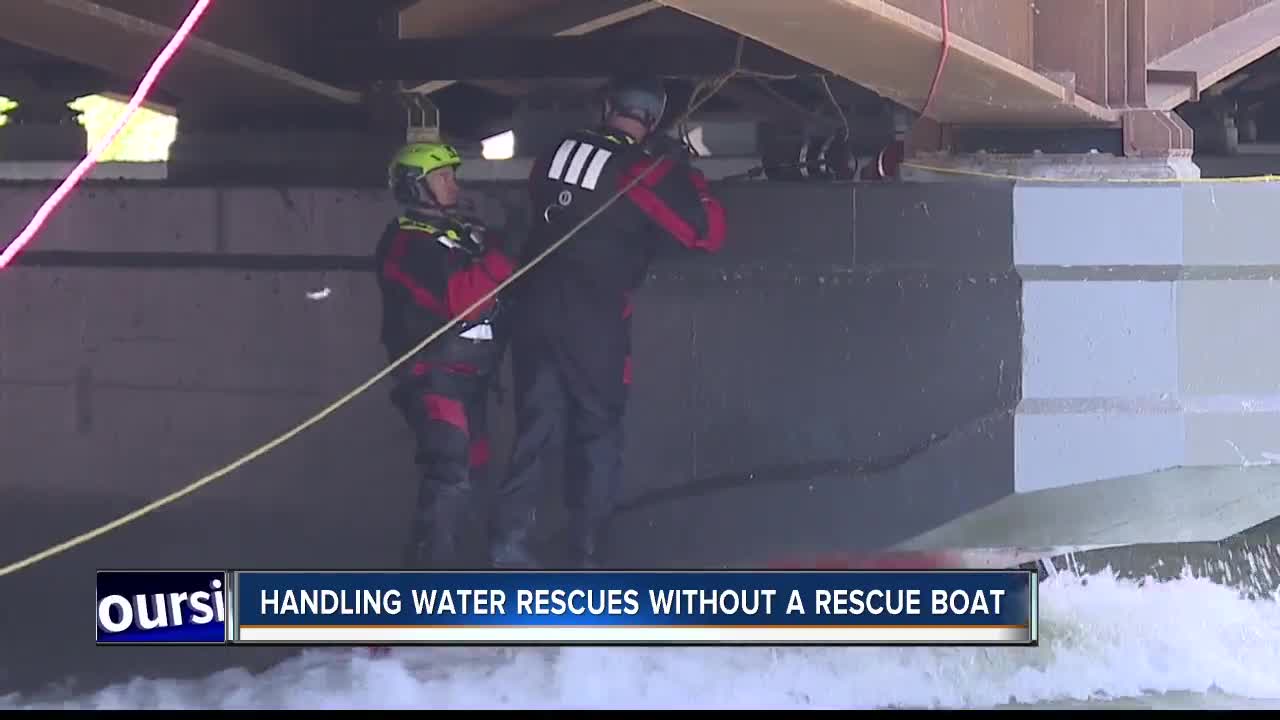 Boise Fire will be handling water rescues from shore for the time being while they wait to find out if their boat needs to be replaced after a training exercise turned into a real-life water rescue.

The Boise Fire Department if trying to figure out if they'll be able to repair the boat that got stuck under a bridge during a training exercise earlier this week, or if it will need to be replaced.

The fire department had to rescue three of their own members under the Broadway Bridge when a training exercise turned into a real life rescue. The Boise Fire Chief says while they wait on the status of the boat, the department will revert back to their most common way of performing rescues.

With the Boise River running fast and high, the fire department advises people to steer clear. Boise City code says anyone who needs to be rescued could be on the hook for covering the costs.