How much does it cost to execute an inmate in Idaho? And who is keeping track of the tab? 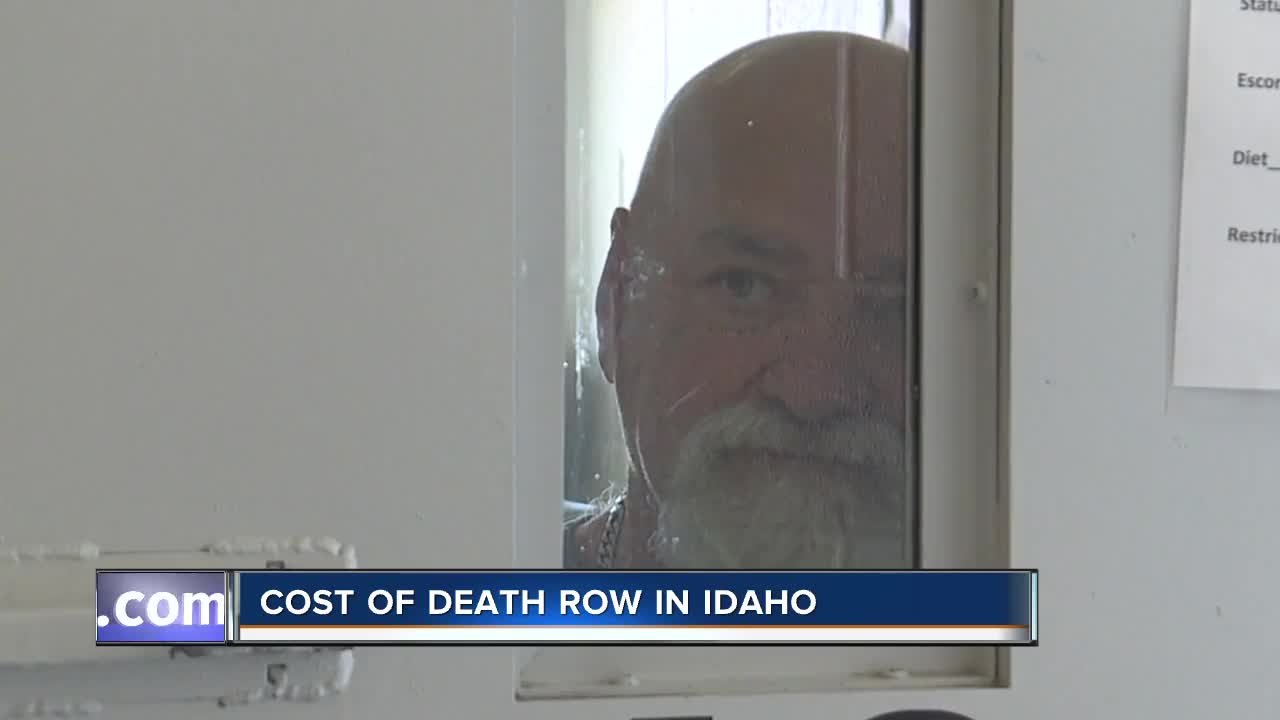 On November 1, 2019, we told you the story of the longest living death row inmate currently housed in Idaho’s maximum-security prison. Now we’re attempting to find out how much it’s costing the state and Idaho taxpayers to keep him there.

BOISE, Idaho — The cost to execute an inmate in Idaho. That’s a number we’ve attempted to uncover here at 6 On Your Side for the last few years.

On November 1, 2019, we told you the story of the longest living death row inmate currently housed in Idaho’s maximum security prison. Now we’re attempting to find out how much it’s costing the state and Idaho taxpayers to keep him there.

Thomas Creech has been on and off death row in Idaho for nearly 43 years; that’s a lot longer than the average death row inmate sits behind bars after getting the highest possible sentence. Our big question is, why has an inmate been sitting on death row that long, and who is in charge of keeping that tab?

Jim Harris asked for the death penalty against Thomas Eugene Creech in 1982 for the murder of a fellow inmate. That was the second time Creech was sentenced to death row. But today, Jim Harris has got a slightly different perspective.

"I don't believe quite frankly that Tom Creech, at least based on the murder that he committed in the penitentiary, should be executed. And I don't say that easily," said Harris.

Harris says that because he believes there are inmates serving lesser sentences for more heinous crimes, and despite a list of other murders Creech has confessed to and some for which he was even convicted, his current death sentence is for the murder of that one inmate.

And that’s not the only reason Jim Harris thinks Creech and other inmates should no longer be sentenced to death row in Idaho.

"It's a waste of time. It's a terrible waste of money that is expended in these death penalty cases and they are never going to happen. So the judges ought to simply bear up and sentence these people for fixed life and leave it at that," said Harris.

So how much is the cost of representing and prosecuting an inmate on death row? That’s a question for which we’ve attempted to get an answer for years.

We’ve filed dozens of public records and Freedom of Information Act (FOIA) requests with the Idaho Department of Correction, the state and county treasurers, the State of Idaho’s Controller Office, the Ada County Prosecutor’s Office, Ada County Records, the Idaho Supreme Court, the State Appellate Public Defenders Office, and the Idaho District Court. We came up empty handed each time, getting responses like, “those records are too old,” or “check with this office… they might have it.”

The only numbers we were able to obtain were those associated with the cost of simply housing an inmate.

IDOC didn’t keep track of those numbers until Fiscal Year 2008, but the cost to house any inmate at IDOC since that time is around $350,000.

Whether you’re on death row or not, that number remains constant. The number that varies by case is the cost of representation and prosecution. In Creech’s case, that number has been adding up since the early 80s, and it’s costing tax payers a lot of money--money we are unable to track because it is not public record.

Former Ada County Prosecutor Jim Harris does believe in the death penalty, but he also believes it would save Idahoans a minimum of hundreds of thousands of dollars per case if people were no longer sentenced to death row in Idaho.

"There is something inherently wrong with the death penalty system as utilized in the Ninth Circuit and in every state, including Idaho... There are a bunch of goof balls in California who are simply messing up the system to the point that it just should stop until things change with regard to that district," said Jim Harris.

With that said, two Idaho death row inmates have been executed in the last 10 years under the Ninth Circuit Court.

Currently, Idaho has eight inmates housed on death row and the longest serving is Thomas Creech.

The appeals process in the case of Thomas Creech has been going on for nearly 30 years, and according to Former Ada County Prosecutor Jim Harris, the appeals process can continue until the Ninth Circuit Court puts an end to it.