History in flight above Boise 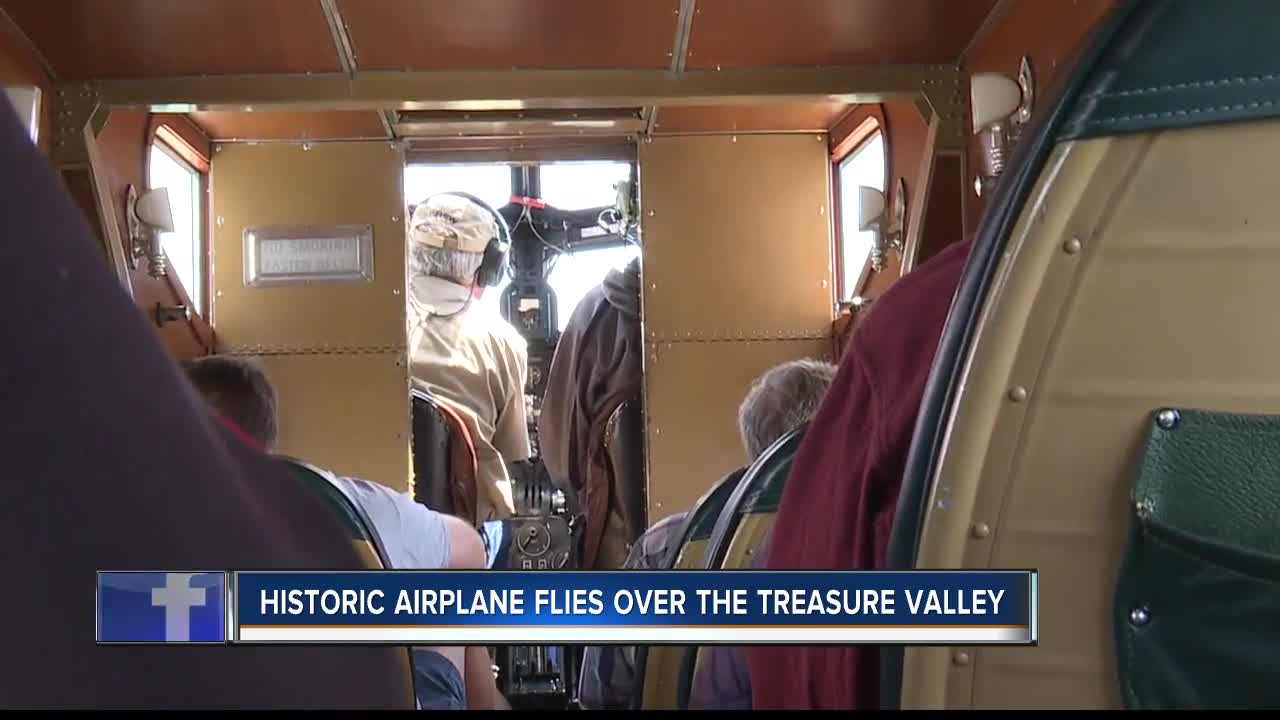 People came out to the Nampa Municipal Airport on Saturday to ride in a historic aircraft that's almost 100 years old.

The plane was one of ten that offered a coast to coast air service back in the day.

"Flying the airplane is cool, but it's the people that get the biggest kick about riding this thing," said Bill Sleeper, pilot.

The airplane was built in 1928 by the Ford Motor Company.

The aircraft tours around the country flown by volunteer pilots almost every weekend.

It's about a 15 minute flight that takes people on a tour of the Treasure Valley.

"That's what's really fun about doing this job because people come out not certain what they are going to experience and they come off the plane just laughing and having enjoyed the whole thing. That's a lot of fun," said Sleeper.

And this was the perfect day for for a ride.

"Thank goodness we planned on Saturday when the weather was nice,” Nampa resident Greg Loper said.

Loper says he was in the Air Force for 20 years.

Although he didn't fly a plane, he shares an appreciation of aviation with his son.

"It was a vintage aircraft with the prop engines and the interior that looks like a train car. It's really interesting and my granddaughter went with us today and it was her first time ever flying so it was a great experience for her,” said Loper.

More flights are planned for Sunday but that depends on the weather.