Boise's historic Carnegie Library to be renovated under new owner 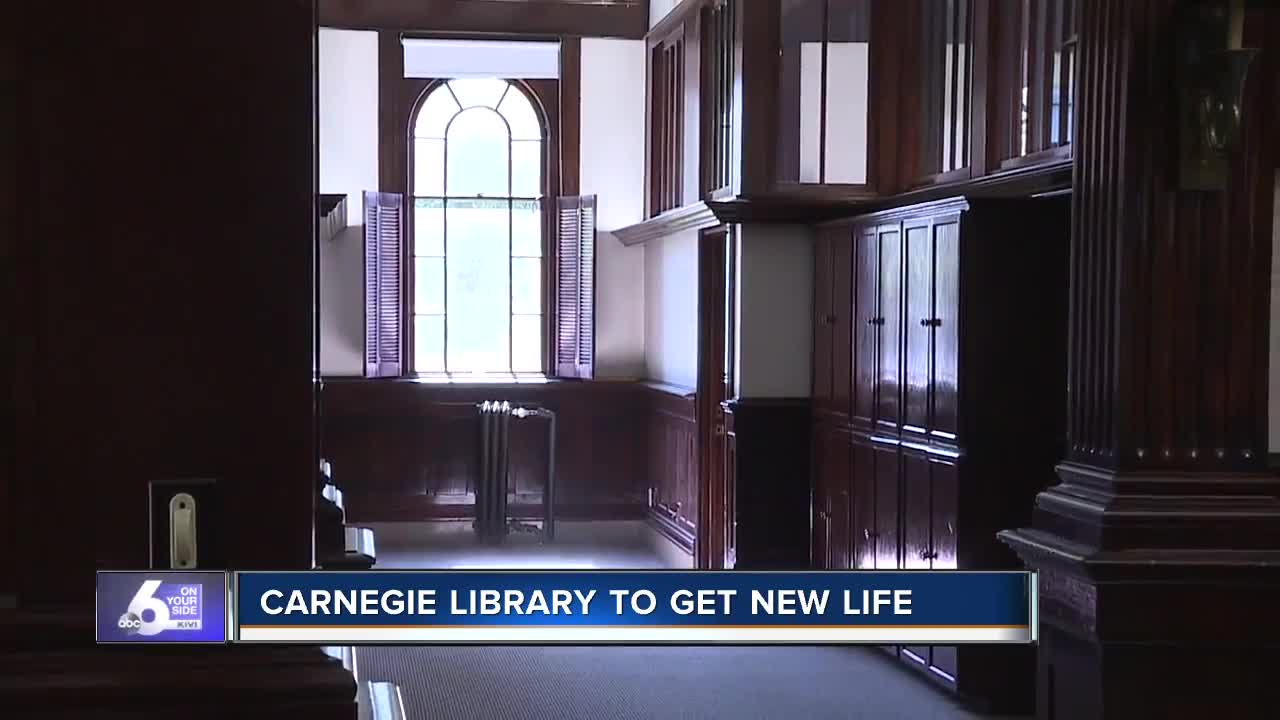 BOISE, Idaho — You may have seen it while driving down W. Washington Street in downtown Boise, but you haven't been able to go inside in roughly 30 years. With its stately presence of neoclassical charm, Boise's only library for 70 years remained quiet and unutilized for much of the last few decades.

Now, the historic downtown building is getting new life: the 114-year-old Carnegie Library has a new owner, Shawn Swanby. He is working to better understand the structure and return aspects to its original design.

"It's a building that really needs somebody to be a good steward, and to bring it forward," said Shawn Swanby, new owner and CEO of Ednetics, a technology company.

But step inside the vintage-scented interior framed by lines of rich mahogany, and you'll see why new owner Swanby took an interest.

"There's a definitely a lot of responsibility," said Swanby.

When the Carnegie Library opened in 1905, Boise had just about 6,000 people, according to the 1900 US Census. Boise was blooming, and the library was a social hub of enlightenment and growth. Swanby, who grew up in the Treasure Valley, recognizes that same momentum in Boise today.

"I think right now it's going through a bit of a, um, resurgence if you will. I think there's really good energy specifically downtown-- that's really attractive for technology companies like mine," said Swanby.

He estimates that in about two years, his Idaho-based technology solutions company Ednetics will move in. He hired the building's original firm Hummel Architects (formerly Tourtellote & Hummel) to renovate the interior-- the team that also designed many of Boise’s landmarks, like the Capitol and Boise High School.

He said the exterior and surrounding lawn will remain largely the same.

In the interior, he said he plans to bring walls down on the second floor in order to open up the space for private and public events.

"And those will support arts and education, and the intersection of the humanities and technology," said Swanby.

In a meeting Hummel Architects, he said they brought out the original linens from 1904-- linens he said will be a valuable reference.

"It was a little bit emotional... we're already getting kind of invested in what this building was," said Swanby.

In the meantime, he said they will have a website go live in late September that allows folks to track their renovation progress.

A sales price was not disclosed.

Developer Ken Howell (known for Alaska, Idaho, Idanha and Union Block buildings) is taking on the project. He had reportedly hoped to turn the building into artist studios, but BoiseDev.com reported that he ran into some challenges.