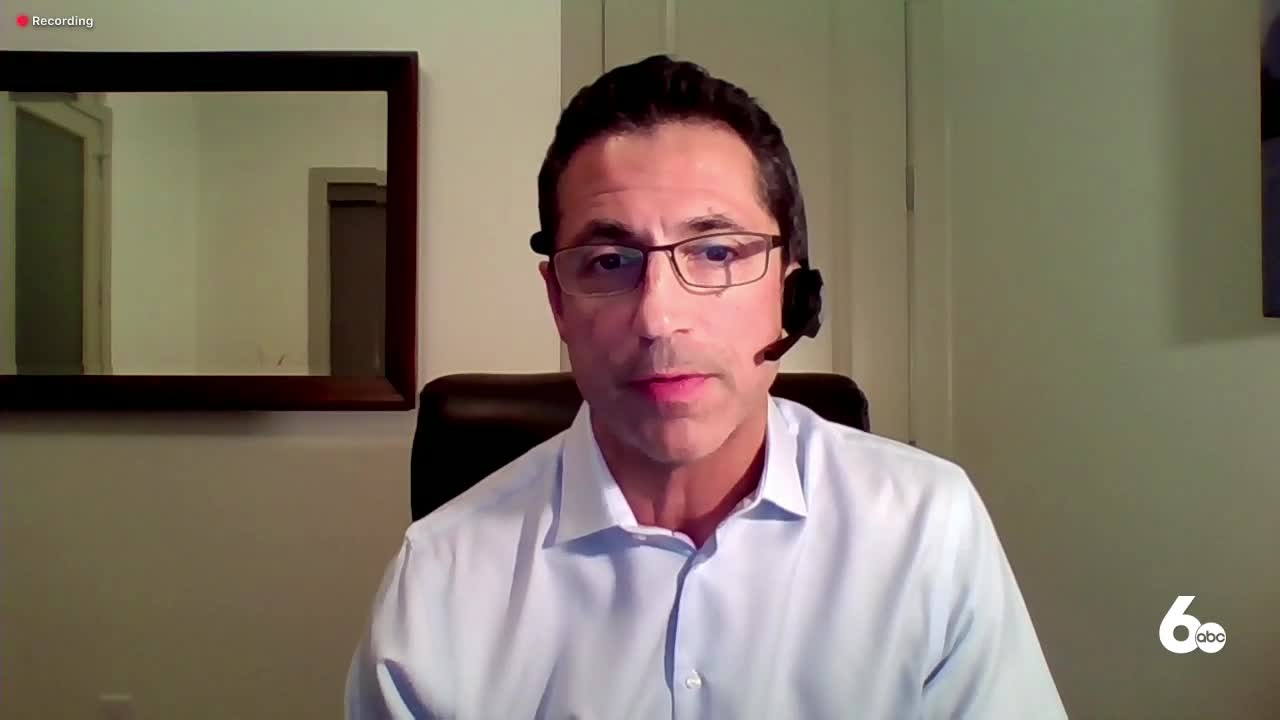 IDAHO — Thursday marks the Great American Smokeout, an initiative created by the American Cancer Society to encourage people to stop or make a plan to quit smoking.

According to the American Cancer Society, about 32.4 million American adults still smoke cigarettes, making it the single largest preventable cause of death and illness in the world. Smoking leads to an estimated 480,000 deaths every year.

"When you quit smoking, within about 20 minutes, your blood pressure actually normalizes, and then after about eight hours, your oxygen levels improve," Dr. Badolato explains. "People know that there's a significant risk of developing lung cancer with smoking. That's cut in half, but also pancreatic cancer, bladder cancer within a year are also decreased. Also, the risk of heart diseases is significantly decreased."

Some of the other benefits will be more noticeable over time. Skin, nails, and hair damaged by cigarette smoke will start to improve and become less brittle.

With smokers already facing a long list of potential health challenges outside of a pandemic, Dr. Badolato says it's possible they could also face more significant challenges if they contract COVID-19.

"We know that the COVID virus attacks the lungs pretty significantly so the effects of smoking on the lungs can accelerate that process where the virus can really do a number on your lungs so smokers have actually worse outcomes when they contract COVID."

Rates of cigarette smoking have declined from 42% in 1965 to 13.7% in 2019, but rates of e-cigarette use and vaping have increased significantly, especially among younger users.

"About one in nine high school seniors have reported vaping within the last month and what most people don't realize is that some of these vaping pens contain chemicals that are similar to what's found in antifreeze," says Dr. Badolato."Also, a lot of these vaping pens contain two times the level of nicotine as a cigarette so what can sometimes happen is that can actually lead to more smoking down the line, and the other thing I think people need to realize is that nicotine is actually more addictive than heroin."

Dr. Badolato says nicotine use typically means a greater chance of addiction. The American Cancer Society reports that some people who smoke try to use e-cigarettes to help them stop regular cigarettes, but no e-cigarettes have been approved by the FDA as a safe and effective cessation product.

If you do want to quit, Dr. Badolato says there are several resources available to help you on your journey.

"I think the best place to start is with your personal health care provider. The American Cancer Society has their Quit For Life program, and the American Lung Association has their tobacco quit line. Oftentimes through people's employers, they'll have a wellness program and that's also a good place to start," he explains.

Specifically in Idaho, those looking to quit smoking can check out Project Filter or their local health district.