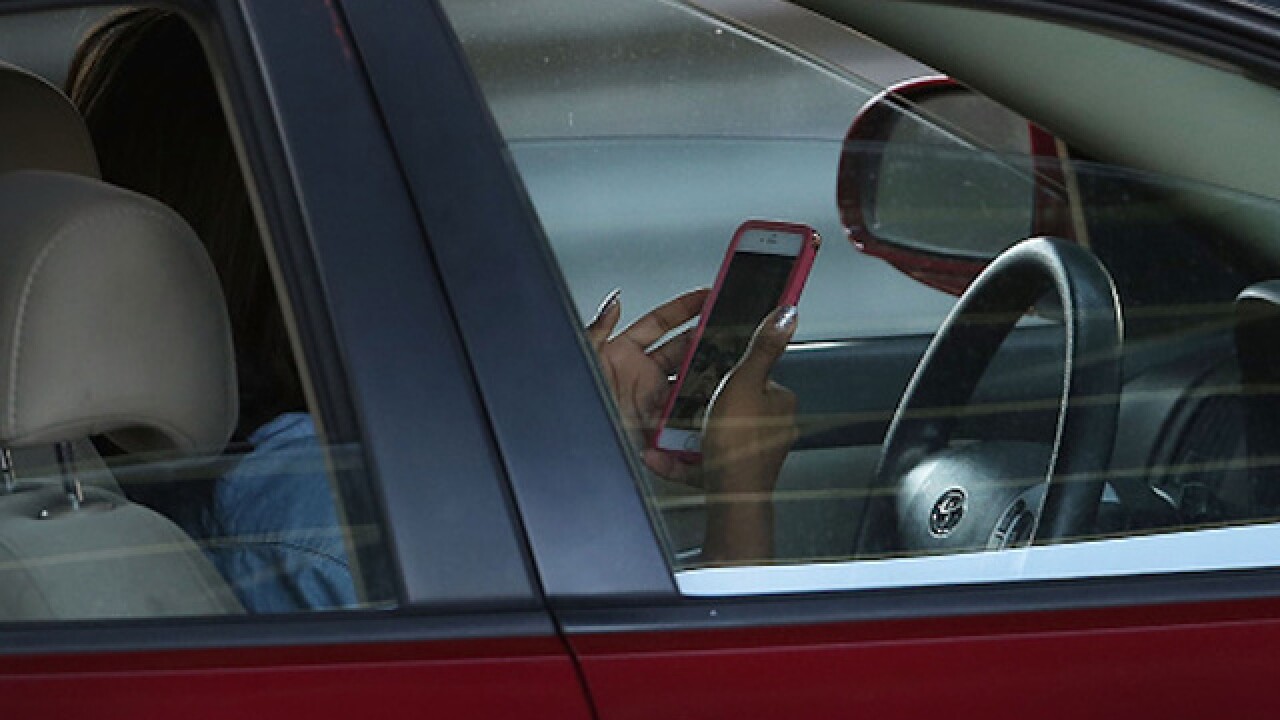 Image copyright 2017 Getty Images. All rights reserved. This material may not be published, broadcast, rewritten, or redistributed.
Spencer Platt
<p>NEW YORK, NY - APRIL 30: A driver uses a phone while behind the wheel of a car on April 30, 2016 in New York City.  (Photo by Spencer Platt/Getty Images)</p>

BOISE, Idaho — Starting July 1, drivers in Idaho will only be able to use cell phones and other electronic devices in hands-free mode, including when stopped at a red light or stop sign. The law essentially makes holding an electronic device illegal while operating a vehicle.

"Education of motorists is going to be key," said Col. Kedrick Wills, Director of the Idaho State Police. "Idahoans want to be responsible and to be good drivers. This law is another way to remind all of us we need to pay attention to the road when we're behind the wheel. As law enforcement, we can remind them with education or enforcement, we're starting with what we prefer, which is education."

Warnings will be issued from July 1 to December 31. Tickets can be issued starting January 1, 2021.

Activating the GPS, using voice to text, and making or receiving phone calls is permitted with one-touch or voice command. Drivers are not allowed to touch a device to text, email, use apps, watch a video or get on the internet.

The penalty for violating the hands-free law is as follows:

Three offenses in three years can also lead to a license suspension of up to 90 days.

Between 2014 and 2018, there were 241 people killed in distracted driving crashes across the state, and it is a contributing factor in about one out of every five crashes in Idaho.

"Sadly, our troopers have come across crashes where the driver's decision to use a mobile device while driving resulted in life or death consequences," said Col. Willis. "Anyone who has seen, been involved in, or is tasked with responding to these crashes understands this law addresses safety for every single one of us who drives on our roadways."

In 2012, the legislature passed a law that prohibited texting. This statute will be repealed once House Bill 614 takes effect on July 1. The new law will preempt all local ordinances about hands-free driving superseding cities that already have hands-free ordinances.

"We're in this together, every motorist on the road," said Col. Willis. "Our lawmakers have seen the wisdom of giving law enforcement in every jurisdiction, cities, counties, and the state, a greater tool to ensure traffic safety. But the greatest power lies with each individual motorist who gets behind the wheel and makes the conscious decision to be engaged while driving.

"ISP will do our part to enforce when necessary, but we're asking every Idaho driver to take it upon yourself and take responsibility for your own safety and that of others around you. Keep your hands on the wheel, your eyes on the road, and your mind on driving, and we'll all get where we're going safely," he added.