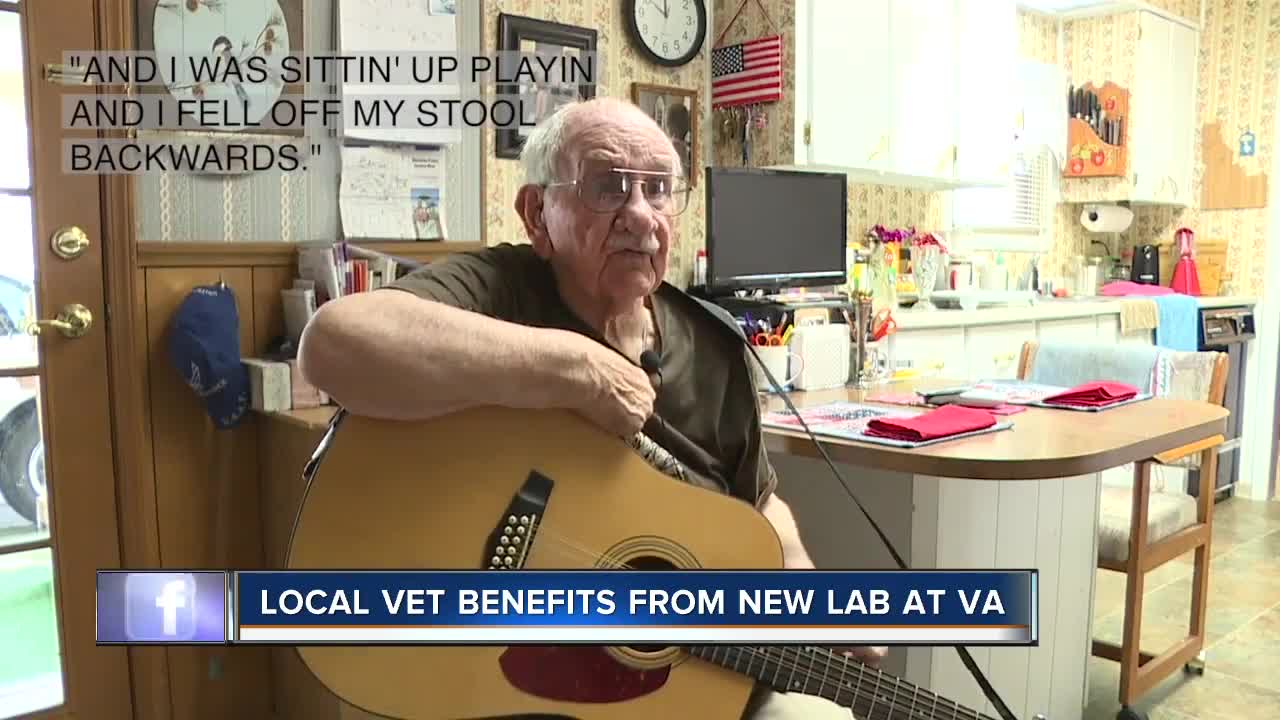 Last summer we told you about the opening of the VA's new state-of-the-art X-ray technology and surgery rooms called the VA Cath Lab. We spoke with one of the first veterans who benefitted from the having a medical procedure done locally.

TREASURE VALLEY, Idaho — According to 2017 data from the CDC, heart disease is the leading cause of death in Idaho. In recent years, the Boise VA Medical Center is looking to bring those numbers down among veterans.

Last summer we told you about the opening of the VA's new state-of-the-art X-ray technology and surgery rooms called the VA Cath Lab. A year and some months later, 6 On Your Side's Madeline White spoke to an 89-year-old vet about how having this procedure done locally may have saved his life.

On his guitar, 89-year-old Eldon Byron Leach stays right on tempo. But the same couldn't always be said for the army veteran's heartbeat.

"My heart looked okay, but it was slow. And I told [my doctor], I said, 'I just don't have any energy," said Leach.

Leach used to have a rough time making it to his weekly band practice, where he says, "there's usually about thirty of us playing."

And he said he had a scary moment at one of their gigs when he passed out.

"And I was sittin' up playin,' and I fell off my stool backwards," said Leach.

But all that changed about six months ago, when Leach became one of the first veterans to benefit from the VA's new cardiac catheterization lab.

"That's a pacemaker," said Leach, pointing to his scar.

"We were able to provide that care here, without having to relocate him to somewhere else," said Dr. Steven Fonken, director of the VA Cath Lab.

Before it opened, there were no VA clinics in Idaho with radial specific labs and x-ray technology needed to treat veterans like Leach. He would have had to go to Portland or Seattle, which Dr. Fonken said used to pose problems for many vets.

"It's a struggle for them to even get transportation to us, much less to some other institution in another state," said Fonken.

And for Leach-- the weapons specialist who fought in the Korean War-- that procedure may have saved his life. And even with his 90th birthday around the corner, there's a lot he now has the energy to do.

This includes touching his toes: "Looky here!"-- and pulling on a young journalist's heartstrings, while serenading her on his 12-string.

The new VA Cath Lab at treats about 400 veterans in Idaho per year.

It’s all a part of the VA's commitment to improve services located in close proximity to Idahoans, so more Idaho veterans become inclined to sign up for VA Healthcare, in turn boosting the VA's watch over their physical and mental health.